By the end of this post, you will have a newfound respect for Mainlanders—and anyone else who has ever tried to follow directions in Newfoundland.

ME: Oh, isn’t that unusual! The town is named River of Ponds. There must be several bodies of water nearby—

ME: It’d be so nice to get out near the water. Hmm, should I head to the sea? Or would a lake be nicer?

MAP [very conflict-avoidant]: Oh, what do you think? It doesn’t matter to me!

ME: No, really, which would be nicest?

MAP: …Maybe a little of each?

ME: I’m excited to check out the fancy department stores in New York City! Bendel’s, Bloomingdale’s, Lord and Taylor!

MAP [patriotic, annoyed]: If you like Lord and Taylor, you don’t have to go all the way to the States for that…

ME: Love when a town name is clear and informative. You head north, you arrive at a harbour: North Harbour!

MAP [embarrassed; awkwardly]: …Thanks for the compliment, but you might want to look ever so slightly to the east.

ME: To get to the mainland I could fly, or I could take the car on the ferry— but both are so expensive and carbon-intensive!

MAP [with the helpful air of Microsoft Word’s late lamented Clippy]: You haven’t assessed quite all the options yet

All Google Maps screenshots courtesy of the author. 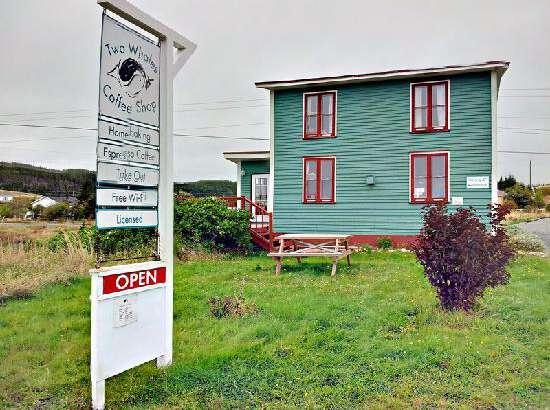 Buy Local, Save Local: Making NL More Self-Sufficient
Every year, money flows out of NL that could instead sustain local jobs and investment. Why not make our economy more interdependent by reducing imports?

Creating Sacred Space in Labrador
Religion, she tells me, is about structure and the power to manipulate and control. Spirituality, she suggests, is about creating sacred space.