Christmas in the North

Our correspondent reflects on cold weather, interrupted flights, and malls that don’t seem that bad after all

The first winter I lived in St. John’s, the city had something like 22 feet of snow. In the ten years since however, it seems like every winter has been nothing but slush, ice, and dirty, melting snowbanks. I had forgotten what a white Christmas was like.

So I was actually looking forward to living somewhere with an actual winter. As Christmas vacation rapidly approached, and the days got shorter, colder, and snowier, we began to understand that this Christmas wouldn’t be like any other we had experienced.

First was the weather. Acclimated as I was to wet, windy weather, Nunavut is of course a lot colder than St. John’s. Despite the fact that wind chills were dipping into the minus 40’s by late November, I found myself enjoying the weather. Although we experienced several blizzards throughout November and December, we also had many beautiful sunny days that made going outside well worth the effort of getting dressed in all our layers. The snow was so crisp you could walk right over the drifts, and with the sun so low in the sky the sunrise and sunset made for beautiful walks around town.

But the same winter weather that creates such seasonal views also tends to make winter travel a bit risky. Despite this, however, we decided to take advantage of our two week Christmas vacation and see some more of Canada.

The majority of teachers at the school (those who are not from Nunavut originally) travel at Christmas to see family and friends. We planned to do the same, but instead of returning home to Newfoundland, we decided to go west instead and see some family and friends in Calgary. The trip there would be cheaper than returning to Newfoundland, and by the strange turns that life often takes, this year we actually seem to have more friends in Alberta than we have left in Newfoundland. Although, perhaps that isn’t such a strange thing for Newfoundlanders.

Our trip to Calgary would involve almost a full day of flying. From Arviat, we would fly north to Rankin Inlet (via Whale Cove) and then to Winnipeg. From there it was a direct flight to Calgary.

…travel interruptions are an accepted fact of life when you live in the north.

The weeks leading up to our trip had me double-checking our travel insurance. There were several blizzards, and flights into and out of Arviat were constantly delayed or cancelled altogether, causing a lot of headaches in town. But although the number of blizzards is apparently strange for this time of year, travel interruptions are an accepted fact of life when you live in the north.

Fortunately, the first weekend of Christmas vacation was beautiful. Everybody’s flights got out on time, and we had a painless and pleasant trip to Calgary (which included an excellent meal of arctic char on the First Air flight from Rankin to Winnipeg). As we landed in Calgary, it was strange to think that the people we worked with every day for the last four months were now scattered around the country: in Toronto, Halifax, several back in Newfoundland, and even as far as St. Lucia, where I assume it takes a few cool drinks to recover from the shock of the 70 degree temperature change.

We found it strange ourselves to suddenly be back in a city, surrounded by malls, restaurants, and unfamiliar people. One of the things I find I miss the most living in Arviat is the ability to just sit anonymously in a coffee shop and read or write. The first few times we went out to a bar or restaurant had a surreal feeling, and malls crowded with holiday shoppers didn’t seem quite as irritating as I remember. I guess anything can seem like a novelty if you haven’t experienced it in a while.

Most of the shopping we had to do was for ourselves though: picking up articles of clothing and things like guitar strings which are hard to find in Arviat. It’s also a given that we’re making a few trips to CostCo, and will be returning with a bit more luggage than we left with. Luckily there’s some extra room in our bags, since we brought down several excellent soapstone carvings as Christmas gifts, as well as some caribou meat that was eaten over the holidays.

Our time in Alberta includes a trip to Banff (where I’m writing now, in a coffee shop of course), where we’re able to indulge in some of the other things we’ve missed: mountains, trees, and hiking trails. Our Christmas vacation so far has been virtually snowless, with temperatures well above freezing, and it’s interesting to think that our friends and colleagues back in Arviat are celebrating Christmas in such a different landscape. But, as much as we’re enjoying our vacation and taking advantage of all the amenities of the south, we’re also looking forward to returning to Arviat.

I just hope that our return flights go as smooth as our previous ones did. 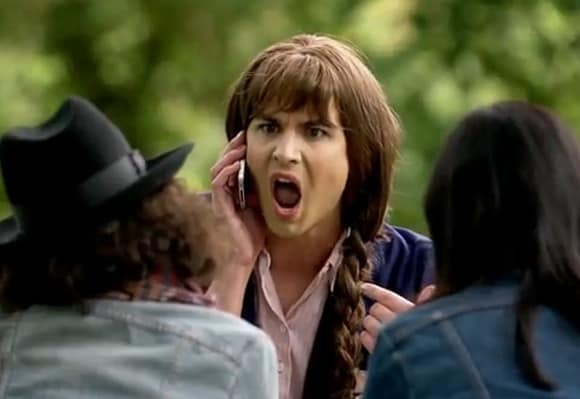 How is our 1% different?
Ownership of stocks, bonds, real estate and professional incomes set the 1% apart from the rest of us.