Eight lessons from a land trip

Our intrepid Northern columnist learns some lessons the hard way

Our first month in Arviat went well. We had made new friends, we were getting used to the isolation and food prices (neither of which was as bad as we had feared), and the weather was downright pleasant compared to the summer we’d just had in Newfoundland.

Our only complaint was that we hadn’t yet seen much of the northern landscape. We didn’t have a vehicle, and walking outside of town is not advised because of polar bears. Finally after work one day my wife asked “How would you like to go to Marvin’s cabin this weekend?”

Marvin teaches courses in land skills and wildlife interaction at John Arnalukjuak High School. Originally from Manitoba, he has been teaching in various communities throughout the north for almost 30 years, and is an experienced and enthusiastic hunter and fisherman. A land trip to his cabin was sure to be exactly what we were looking for, and quite an educational experience.

At least, I didn’t. I grew up with ATVs and snowmobiles, and I’d seen them tackle some pretty rough terrain. We found a Honda to rent (all ATVs in Arviat are called ‘Hondas,’ regardless of their make) by putting an ad on the local radio station, and over the next two days we put the “all-terrain” claim through some rigorous testing.

Our route was south along the beautiful shoreline of Hudson’s Bay to the McConnell River, then inland. We made good time along the coast, although we were soaked from the spray. Crossing the McConnell, however, was not so easy.

Before entering Hudson’s Bay, the McConnell River branches into dozens of smaller rivers and streams which change every year. It’s impossible to know the best route, so you guess, probing with sticks and hip-waders to find a place where the Honda can cross. We crossed parts of that river nearly 20 times, some of them easy crossings that barely got the tires wet, some of them with water past our knees and the Honda starting to slide off the rocks in the current.

Just staying on the Honda was a balancing act, and sometimes not an option when it started to sink in the mud.

From there, we turned inland. Aside from brief stretches along the tops of eskers, the route from the south bank of the McConnell to Marvin’s cabin was a constant battle across boulder-strewn, moss-slick tundra where having all four wheels on the ground was a rare and pleasant experience, or through quicksand-like bogs and mudholes that sucked down tires and boots alike. Just staying on the Honda was a balancing act, and sometimes not an option when it started to sink in the mud. We coaxed the machines through it all with gentle but firm movements, vigorous shoves, encouraging words and the odd prayer.

Lesson #2 – There are many definitions of the word ‘cabin’

Marvin hadn’t been to his cabin for two years, and although it needed some minor roof repairs it was otherwise in good shape. Unfortunately, the equipment that Marvin had left in the cabin, including his Coleman stove, had disappeared. But with impressive ingenuity and persistence, my wife managed to build a fire, in a land without wood no less. Not a big one, but enough to cook the northern pike we caught and boil some water for tea. What exactly she used to build that fire I still haven’t figured out, although I’m pretty sure that bits of the cabin started to disappear as the evening went on.

In Newfoundland, it seems like the average cabin today is a place to escape the city, a comfortable retreat with all the comforts and amenities of home where you can relax on long weekends and holidays. I’ve been in cabins that are as comfortable as houses, with running water and satellite television. I’ve been in cabins that put some middle-class suburban homes to shame. These cabins have absolutely nothing in common with the collection of plywood and roofing materials, all painted a cheerful bright blue, that is Marvin’s cabin.

Here in the north, a cabin is not a place to relax and escape from work and everyday life, although it can be that too. Instead it’s a place to sleep, to block the wind and rain in between hunting and fishing trips. It’s an important part of everyday life and work, a place that makes it a little easier to harvest the riches of the land to feed your family, and a place that connects you to the land in a more traditional way.

Lesson #3 – Backpacking equipment is not tough enough for the North

My wife and I have always been avid hikers, and we have good lightweight equipment like sleeping bags and cooking utensils. We packed what we needed, including plenty of warm clothes, in a backpack, which we covered with its waterproof cover and strapped to the Honda. We were wearing the waterproof clothing that we wore on rainy hiking trips.

This turned out to be next to useless. The first hour or so of our trip was along the beach at low tide, and although the sun was shining, the wind was fierce and all the water that sprayed up blew over us and soaked us completely. The rain jackets and pants that kept us dry in heavy rain in Newfoundland were not up to the challenge of keeping out soaking sheets of Hudson’s Bay. Not only that, but once we arrived at the cabin much, much later that day, we found that the backpack and its waterproof cover was damaged by the constant rubbing against the steel bars of the Honda’s cargo rack, and the water had soaked through the bag’s contents. Luckily, our clothes and sleeping bags were in dry bags inside the backpack. Otherwise we would have been in for a long, cold night.

Finally, my Gore-tex hiking boots and Gore-tex gaiters had always kept my feet dry in the puddles and small streams along the East Coast Trail. But they were completely useless in the McConnell River, where I often found myself up to my knees and farther in water, trying to manhandle our Honda across yet another water crossing.

On the trip back to Arviat, we took a different route which cut off some of the worst of the bogs and allowed us to cross the McConnell River at the ‘Sand Dunes,’ which is usually an easier crossing. We still ended up crossing the river about a dozen times, the worst of which had me standing next to the machine, in water up to my waist, trying to manoeuvre the Honda along the narrow ledge of rock that it was trying its best to slide off of. Had that happened, we would have had to tow it out (probably from somewhere considerably downstream) and change the oil before we could have continued.

And that is possibly the most important thing I learned on my first land trip in Nunavut. Until you’re actually standing on your doorstep, don’t ever think that the hard part is over. Because there’s always another water crossing. Choose your route carefully, feel your way across, and don’t fight the currents too much. Because there’s always land on the other side too.

Part 2 of ‘Eight lessons from a land trip’ will appear in 2 weeks. 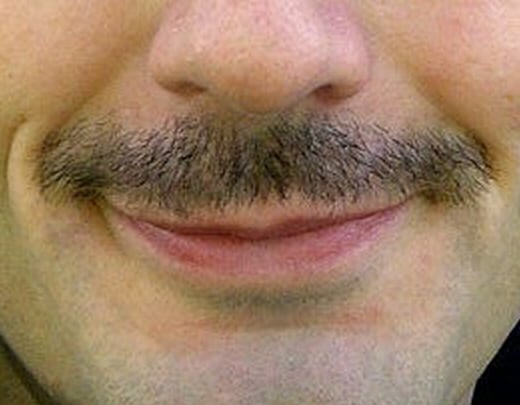 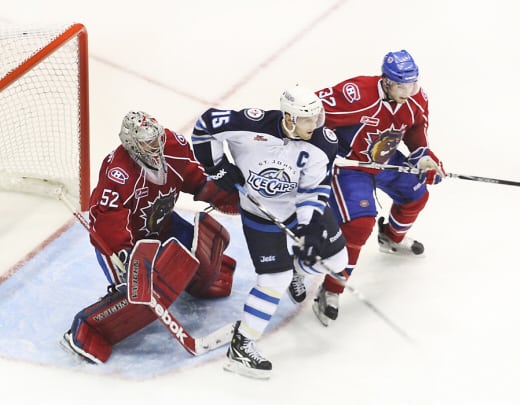