Let’s all go to Capital City

Iqaluit is a beautiful city, but just one part of a very diverse North

A few weeks ago I went to Iqaluit. Located on Baffin Island and formerly known as Frobisher Bay, Iqaluit (which means “place of many fish”) is both the newest and smallest capital city in Canada with a population of about 7,500.

While Iqaluit is definitely a northern town with a majority Inuit population, in many ways it is completely different than Arviat. While the population is only about two and a half times larger, there is a vast difference in both available services and infrastructure. The number and quality of stores, restaurants, and hotels is far beyond what Arviat has to offer. There are paved roads, a Utilidor system (meaning no trucked water and sewer), and direct flights to Ottawa and Montreal. There are many office buildings compared to Arviat’s two or three, and dozens of taxis compared to Arviat’s three or four. Despite its small population, it is indeed a small city, and a trip there was refreshing, allowing me to enjoy some restaurant meals, do some shopping and go for walks that involved climbing hills. Odd how I’ve come to miss those.

None of this is to disparage Arviat, of course, but simply to point out how diverse the communities in the north can be. The “north” is often thought of as a homogenous place somewhere “up there” where it’s cold and it’s beautiful and there are polar bears and no trees. But that is of course not the case, and there are a dramatic variety of places and landscapes.

I was in Iqaluit to attend the annual conference of the Economic Developers Association of Canada (EDAC). I’m fairly new to the field of economic development (how I went from earning a Master’s degree in history to working as an Economic Development Officer I still haven’t quite figured out), so the conference was excellent. It was informative and educational, and gave me a chance to meet EDOs and people in the field from across the country and get a sense of how they do their jobs, the kinds of challenges they face and the kind of projects they undertake. It was great to get a wider perspective and put my own work into context, and I came home with a lot of new ideas.

However, one of the most interesting parts of the conference was the chance to observe the reactions of the “southerners” to the north. For many it was their first trip to Nunavut, and their comments and reactions are worth considering.

…I was simply happy that there were restaurants.

Most people seemed pretty comfortable – after all, we were at a conference at a nice hotel with a decent restaurant. Some people were a little surprised by the artists, who walk right into the lobby and even the restaurant and go from table to table trying to sell their work, but most seemed to accept it as part of the unique experience of a trip north.

As you would expect, there were a lot of comments about both the price and selection of food (and just about everything else). I suppose I should have expected this, but I was a bit surprised at this, since I went to Iqaluit armed with a shopping list and spare luggage space to pick up some things that I can’t get in Arviat.

The same thing happened with services. The taxis operate on a flat rate basis. You pay $6 to go anywhere in Iqaluit, but you may not be alone. The taxi will take two or three people or more if they are at the same place looking for a taxi, and your stop may not be the first one. Likewise, the service in restaurants was sometimes criticized (not that that’s unique to the north), while I was simply happy that there were restaurants.

Not the most representative

All of this is to say that Iqaluit, while certainly a northern town, is not exactly representative of the majority of Nunavut communities. The products, services, resources, and infrastructure available in Iqaluit are better than those in other regional centres, and far better than those in the territory’s hamlets. So, while I’m sure the EDAC delegates had a great conference and very much enjoyed their trip to the north, I’m not certain that most of them really got a feel for what life is like in a small northern town like Arviat.

Incidentally, our sealift order finally arrived a couple of days ago. We went down to the beach to watch the organized chaos that is the sealift arrival, and when we got home a crate the size of a large refrigerator was sitting in front of our house. It took a while to open – it was definitely well-packaged – and then about an hour to move all of our groceries and goods inside. This crate made it from a warehouse in Ottawa to a dock in Montreal then all the way up the Labrador coast and through Hudson’s Bay to finally arrive on our doorstep. I was amazed that everything inside survived the trip – everything, that is, except for one jar of peanut butter, which we managed to drop on our front steps as we were carrying it into the house. 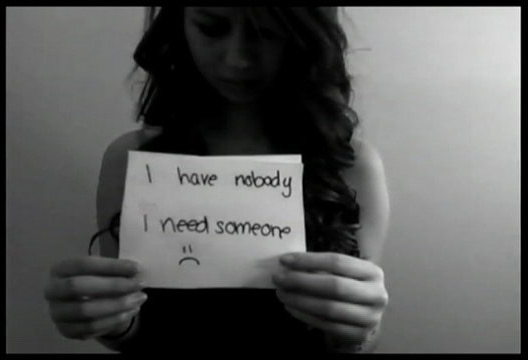 Why we should call things by their name
The case of Amanda Todd: not just about bullying