Travel in the North puts a lot of things in perspective…

A few weeks after I started my new job as Community Economic Development Officer (CEDO), I had the chance to travel from Arviat to Cambridge Bay for a conference. As much as I like Arviat, I was worried that the prohibitive expense of travel would limit my northern experience, so the chance to travel a little is something I consider a real job perk. Cambridge Bay is located on Victoria Island, on the Arctic Ocean. It’s in the Kitikmeot Region, farther north and west than Arviat, which is in the Kivalliq Region. Cam Bay is on about the 69th parallel, meaning that my trip there would be my first time north of the Arctic Circle.

At first glance, my itinerary seemed fairly straightforward. I would fly from Arviat to Rankin Inlet, overnight in Rankin, and then fly direct to Cambridge Bay via charter plane organized for the conference. After four days in Cam Bay, our return trip would take us home via Yellowknife. I was looking forward to seeing more of Nunavut, as well as Yellowknife.

I flew into Rankin Inlet without any problems, checked into the hotel, and went to have dinner with friends (incidentally, also from Newfoundland: he’s an RCMP officer recently posted to Rankin Inlet). The next day, however, I learned that a combination of weather and mechanical problems meant our charter wasn’t going to make it to Rankin. We were rebooked on commercial flights to Cambridge Bay the following day, meaning I would have almost 30 extra hours in Rankin Inlet and I would get to see Yellowknife a bit earlier than expected, since my flight to Cam Bay now involved an overnight there.

Travel in the north, especially in winter, is well known for its delays, so I was neither surprised nor discouraged. I put the extra time in Rankin to good use, being repeatedly fed by my friends and taking the opportunity to meet some people in Rankin that I would be working with in my new job. My flight that evening from Rankin to Yellowknife was on time and quite comfortable, the plane being mostly empty.

Yellowknife is quite the metropolis when you’ve spent the last six months in a small town in Nunavut, and I was happy to get to spend an extra night there. It was refreshing to be surrounded by multi-storey buildings again, if only for one night, and I hadn’t realized quite how much I missed Boston Pizza. Plus, at only -15 or so, it was almost tropical.

The next day we flew on to Cambridge Bay. Those of us from the Kivalliq Region who had been delayed only managed to take in about a day and a half of the four day conference, but it was useful nonetheless. It was especially good to meet many of the other CEDOs from the territory, as well as representatives of government and various agencies I would be dealing with on a regular basis. In a territory as small as Nunavut, it’s important to know who to talk to when you’re trying to accomplish a goal or initiate a project.

I’ll say more about Cambridge Bay itself next time, but it’s a beautiful community, with some great people who must be especially hardy, even by Nunavut standards, since it was noticeably colder that far north.

My return trip from Cam Bay to Arviat went just about as scheduled. We flew out of Cambridge Bay on the milk run, taking five and a half hours to reach Yellowknife, whereas our direct flight from Yellowknife to Cambridge Bay had taken around two. We stopped at Gjoa Haven (pronounced Joe Haven) and Taloyaok (pronounced ta-lo-ree-ak, I think). This involved an interesting 45 minutes in Taloyaok, as we all had to deplane while our small ATR-42 was refueled. There was another plane refueling at the same time, so two planeloads of passengers were packed shoulder to shoulder into Taloyaok’s tiny airport, since it was way too cold to spend much time outside.

Yellowknife is quite the metropolis when you’ve spent the last six months in a small town in Nunavut…Plus, at only -15 or so, it was almost tropical.

But we made it to Yellowknife on time, and after a blistering shopping spree which included a trip to Staples, Wal-Mart, my bank, 2 trips to the grocery store, and Quizno’s, we headed out to the Black Knight Pub. The Black Knight is a local favourite and a regular stop for visitors, and is Yellowknife’s version of the Duke of Duckworth. Later in the evening (much later), we went down the street to the Gold Range Bar, a legendary bar known locally as the ‘Strange Range,’ one of those bars whose seediness is turned into charm by history and legend.

I flew back to Rankin the next day, only to find out that my home flight to Arviat, supposed to leave within the hour, was delayed due to weather. I waited in Rankin airport for over 3 hours, resigned to the fact that I wouldn’t be getting home that day and already looking forward to another meal with my friends, when they suddenly announced my flight was boarding. As we prepared for takeoff the captain announced that conditions in Arviat still weren’t good and there was a chance that we wouldn’t be able to land, in which case I would end up overnighting in Churchill, Manitoba.

But land we did, in wind so strong that it took my breath away when I stepped off the plane. With a metaphorical tip of my hat to the pilots (since I was struggling just to keep my hat on my head) I stepped into Arviat airport and sat down to wait for my luggage. I had been gone seven days, been on a plane at least once a day for five of those days, been on the ground in six different communities in the course of six different flights, and slept in four different hotels. It was good to be home again. 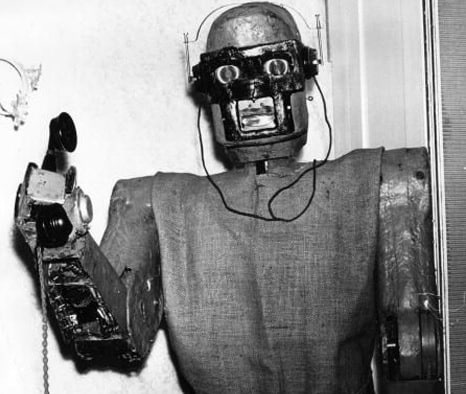