Most tar sands oil will stay in the ground, and Harper knows it

Partisans criticising Linda McQuaig’s remarks are either ignorant or lying.

The political class is in a tizzy this week over remarks by NDP candidate Linda McQuaig about the oil sands. During a discussion on CBC’s Power and Politics McQuaig said, “A lot of the oilsands oil may have to stay in the ground if we’re going to meet our climate change targets.”

Though the comment has been criticised by both Conservative and Liberal partisans and generally portrayed as a gaffe in the news media, McQuaig is completely and undeniably correct. This should be obvious to anyone who spends even a few minutes thinking about the future of the oil sands. The parade of critics heaping scorn on McQuaig’s remarks are either ignorant of the facts, blinded by partisanship, or deliberately lying.

The fact is, most of the tar sands oil will stay in the ground, regardless of climate change targets. The tar sands contain 1.8 trillion barrels, enough to fuel the entire planet for 55 years on its own. At the current rate of production in Alberta, it would take more than 2,000 years to extract that oil.

It’s true that with current technology, only 10 per cent (168 billion barrels) of oil in the tar sands is considered recoverable. But even if ambitious plans to triple production and build pipelines go ahead, those 168 billion barrels will take 100 years to extract, and even Stephen Harper has agreed that fossil fuels should be phased out in this century.

It is tough to argue on economic grounds that more than a small share of tar sands oil will be developed in the 21st century. If you also take into account that tar sands oil is some of the most expensive and dirty oil on the planet, and that alternative energy and electric vehicles are increasingly cost competitive and improving rapidly, then you, like Linda McQuaig, must conclude that a lot of that oil is going to stay in the ground. Unless, of course, you’re a politician.

The blowback in the wake of McQuaig’s entirely sensible remarks has been ridiculous. Stephen Harper claimed it reveals a “not-so-hidden agenda on development” that will “wreck the economy.” Justin Trudeau claimed the exchange shows that “both my opponents, Mr. Harper and Mr. Mulcair, are in extreme positions,” meaning I suppose that only extremists are capable of doing basic arithmetic.

Trudeau’s close advisor Gerald Butts tweeted that “McQuaig believes in […] shutting down the oil sands,” a gross distortion of her remarks.

Some of our local politicians also helped stoke this idiotic controversy. Liberal MHA Dale Kirby tweeted: “Newfoundlanders who work out west should read this – NDP says oilsands ‘may have to be left in the ground’.” Liberal MHA Paul Lane chimed in: “How do NLers working west (sic) feel about this NDP policy?” — confusing policy with facts.

American journalist Michael Kinsley once wrote, “A gaffe is when a politician tells the truth – some obvious truth he isn’t supposed to say.” But if our leaders are incapable of acknowledging obvious—but inconvenient—truths about our fossil fuel industry, then I despair for the future of our country, and of our planet. 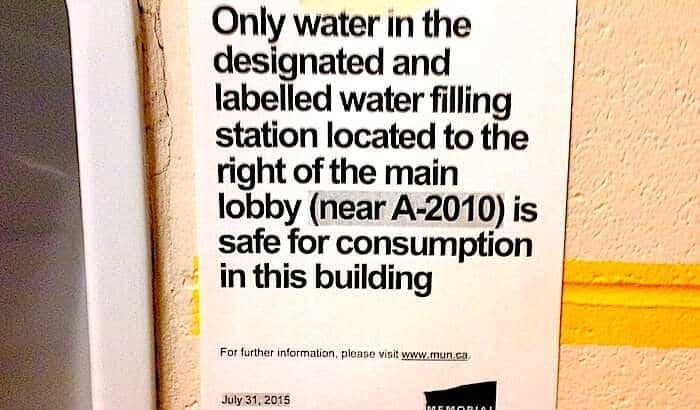 Learning from “leadgate”
Memorial University’s decision to close when faced with the possibility of lead in its drinking water was entirely sound. Now that the immediate risks have… 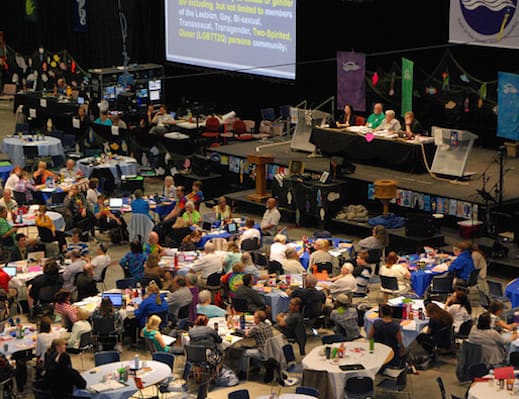