Muskrat Falls is no longer the “least cost option”

Was Newfoundland and Labrador’s largest expenditure ever a mistake?

The price tag for the Muskrat Falls project has gone up yet again. According to provincial Crown energy corporation Nalcor, the project will now cost $7.65 billion, making it $1.5 billion over budget with an increase of 23 per cent from the time it was sanctioned.

The completion date has also been pushed back. This means we must find another source of power for the winter of 2017-18, most likely recall power from Churchill Falls that would otherwise have been exported for profit.

Muskrat Falls is no longer the least cost option

Back in 2012, Manitoba Hydro compared the “present value costs” of two different options for our future electricity system: the Muskrat Falls option and the option of maintaining a generating station at Holyrood (note that “present value cost” is not the same as “capital cost”, which is more often reported in the media). They determined that Muskrat Falls was the cheaper (“least cost”) option of the two.

Since then, the Holyrood option has gotten cheaper because the price of fuel has dropped, while cost overruns have made Muskrat Falls more expensive. Last year, I compared the options again and concluded that the costs of the two options were pretty close.* Today, Muskrat Falls is the “higher cost option”.

Futures markets now predict crude oil will remain at about $48 U.S. per barrel for years to come (corrected for inflation in 2011 dollars) which works out to $65 CAD per barrel at current exchange rates. At this oil price, the Holyrood option would cost $8.9 billion, while Muskrat Falls should cost $9.5 billion with cost overruns included. Thus Muskrat Falls now is $600 million more expensive, and that’s without accounting for delays.

Of course, as I explained in a previous column, this calculation ignores a lot of important factors both for and against the project. But the “least cost option” claim that has been repeated ad nauseum by the PC Government is no longer valid.

How will this affect our power bills?

Nalcor CEO Ed Martin claims that the latest cost overrun will “translate roughly into $7 on somebody’s monthly bill in the future.”

I don’t believe him and neither should you. The last time costs went up, Martin bungled his explanation of the impact on power bills, which led to confused reporting in the news media. He seems to be deliberately misleading the public this time around. I find it astonishing that Nalcor hasn’t released a backgrounder explaining this issue. The whole roll out of this cost overrun announcement has been an utter fiasco.

When the price went up by $800 million in 2014, the impact on power bills was about $24 per month for an average household relying on electric heat. It stands to reason that the price going up another $662 million should raise the typical power bill by an additional $20 per month — almost three times what Martin claims.

Was Muskrat Falls a mistake?

So, was Muskrat Falls a mistake?

One must weigh factors that are difficult to put a dollar value on—environmental impacts, disruption of Indigenous culture, linking to the mainland grid, etc.—and uncertainty about the future, such as disputes over water management rights, further cost overruns, technological change, the price of oil, the price of minerals and demand for electricity.

I think we rushed into this project too quickly, and that less risky alternatives should have been more seriously considered, but it is still quite plausible that Muskrat Falls will prove a success in the end. It’s not a no-brainer, on either side of the issue. 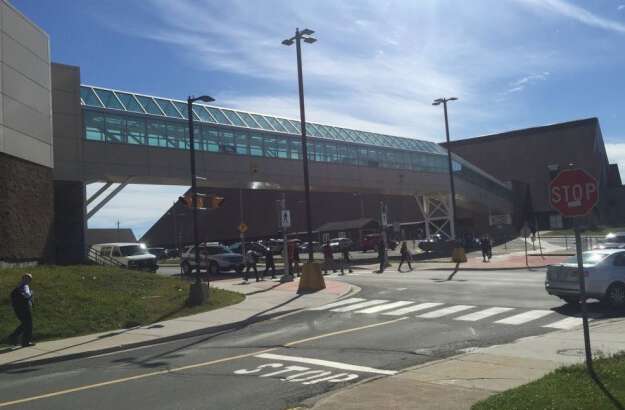 Puddister’s Preposterous Pedway Plan
Politicians have fixated on a silly solution to a real problem.

Racism alive and well in St. John’s
"I'm going on my third year living in St. John's, and I've never been so hesitant to let people I meet know where and who…