The time for a carbon tax is now

With oil prices falling and budget deficits growing, a carbon tax is the smartest way to deal with the province’s fiscal crisis.

Premier Paul Davis put it bluntly last month: the province is in a “fiscal crisis” and “all options are on the table” to deal with it.

At current oil prices our province faces a billion dollar deficit this year and may face even greater deficits in years to come in the absence of drastic action. Sadly, our leaders have offered no better ideas than cutting MHAs, eliminating parliamentary secretaries, and cancelling a few television ads. Anyone who thinks this nickel and dime approach will have much effect on our fiscal situation should sign up for remedial math lessons with Ross Wiseman.

Dealing with our deficit will require bold action. Of all the options on the table, one stands out as both smart public policy and smart politics. We should implement a tax on the greenhouse gas emissions that cause global warming: a carbon tax.

A carbon tax of $30 per ton of CO2 (like they have in British Columbia) would bring in about $240 million per year. That’s equivalent to hiking HST by two per cent, or to firing a thousand MHAs.

By the way, the scary stories the Harper Tories tell about carbon taxes harming the economy are untrue. Since B.C implemented a carbon tax in 2008, their GDP growth has outpaced the Canadian average, while fossil fuel use has declined 16 per cent.

Almost half of greenhouse gases in the province are emitted by large industrial facilities in the oil and mining sectors, which are mostly owned by multinational corporations like ExxonMobil and Rio Tinto. In 2011, the NDP proposed a surtax on oil royalties, which would probably have run afoul of free trade agreements. A carbon tax is a better way to retain more of the wealth from our resources.

The price of oil has plunged and consumers are paying a lot less than they used to. My proposal would increase gasoline taxes by about 7 cents per litre, which is pretty small compared to how much prices have dropped in recent months.

Justin Trudeau has backed away from implementing a federal carbon tax, leaving it up to provinces, so we will have to take charge of the issue ourselves. Four out of five Canadians will soon live in provinces that put a price on carbon; a carbon tax would put us back in step with rest of the country.

Muskrat Falls will produce more electricity than we need. The surplus can be exported, but only at prices much lower than local consumers will pay. Since we have to pay for the electricity anyway, it makes sense to use more of it here. A carbon tax would encourage people to switch from oil to electric heat, thereby using more electricity and driving down costs for the majority of households that already use electric heat.

A carbon tax is a great way for the PC party to rebrand and show a real change of direction from the Williams-Dunderdale era. It is a forward-thinking policy that would attract support from voters anxious to see real action on climate change. A carbon tax is certainly easier to spin in a positive way than hiking the HST, cancelling infrastructure projects, or slashing social programs.

There are many reasons why introducing a carbon tax is smart politics. More importantly, it would also help save the planet.

Are you ready to #GoIndy2015? The Independent needs your help in order to continue publishing critical, thought-provoking, solutions-oriented news and commentary in 2015. Visit our #GoIndy2015 fundraising page to make your contribution. 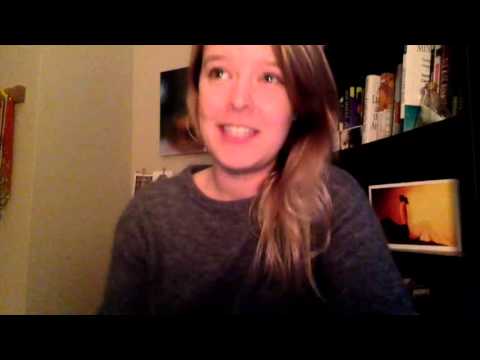