The first (but forgotten) dam on Labrador’s Grand River can tell us a lot about our province’s past—and its future.

It is time to change how we imagine ‘heritage’ in Newfoundland and Labrador.

As the recent Muskrat Falls Inquiry Final Report demonstrates, this is more than an intellectual exercise: it is an immediate social, political, and economic imperative to understand the sorts of legacies the province is (and has been) leaving behind for future generations.

While tourist ads and folk songs still paint pictures of idyllic outports and fishing life, this has been a fading form of life in the province for the last one hundred years. Take an honest look around you and you will see that Newfoundland and Labrador has become an industrial province—a place of mines, mills, military bases, fish plants, hydroelectric dams, and turnaround jobs in other parts of the country. This is the ‘heritage’ of today, whether we like it or not.

Nothing illustrates this industrial modernity (and its pitfalls) more than the abandoned hydroelectric dam at Twin Falls, Labrador. Twin Falls is ground zero for the damming of the Churchill River (aka the Grand River or Mishta-shipu). It provided power for the first years of mining developments in Labrador City and Wabush and for the construction of the Upper Churchill. By extension, it is the grandparent of Muskrat Falls.

Despite the role of Twin Falls in radically reshaping Labrador, it is very likely that you’ve never heard of the place—in sharp contrast to its offspring, who became household names.

One of the reasons for this forgetting is that Twin Falls is a victim of planned obsolescence. Much like you feel the need to buy a new cellphone every few years because it miraculously ages faster than just about everything else you own, Twin Falls went from a wonder of technological achievement in 1962 to an abandoned and obsolete industrial relic by 1972. The power it supplied to Labrador West was rerouted from Churchill Falls, and the entire community was disassembled and dispersed.

Despite this accelerated cycle of creation and abandonment, one could say that Twin Falls is still with us due to its uncomfortably persistent legacies. The Twin Falls power plant was never dismantled. Instead, it was purposefully made inoperable by welding shut the water intake gates and rerouting the flow of water through the Churchill Falls network. The plant still rests in silence about 50 kilometers away from the community of Churchill Falls. All of the equipment is in place representing a time capsule of 1960s hydroelectric technology.

Meanwhile, a preliminary archaeological survey carried out last summer by the author revealed significant buried remains of the former community. They can shed light on the lives of the Newfoundlanders and Labradorians who lived and worked at the ground-breaking hydroelectric facility. This is the reason why Twin Falls has been registered as an archaeological site with the Provincial Archaeology Office.

But the most durable legacies of Twin Falls are the most difficult ones. For example, the location of the former community and reservoir has been significantly disturbed and the land is dominated by thick tangles of alders. The ground itself has high levels of PCB contamination and there are signs to discourage people from fishing. This represents a form of toxic legacy that must be lived with into perpetuity.

The wider territory of the Labrador interior is itself a legacy of Twin Falls. This includes western Labrador communities that are now home to over 10,000 people and who form an important part of the economic and political life of the province. This includes the highways, hydro lines, snowmobile routes, and cabin areas that crisscross the land around them. This includes the hydroelectric dams of Churchill Falls and Muskrat Falls. This also includes the dark and difficult legacies of those projects that, among other things, have been plagued by issues of Indigenous displacement, water and soil contamination, provincial debt, and erasure of Indigenous heritage and traditions.

All of these transformations can be traced back to Twin Falls.

Thus, Twin Falls is a bundle of narratives. It is both an obsolete industrial ruin and a technological time capsule, a toxic wasteland and an archaeological site, a ghost town and a birthplace of several vibrant communities, a symbol of northern colonization and an enterprise that had a very large number of Indigenous employees.

Given these difficult, often contradictory legacies of Twin Falls, how does one continue to live with this heritage?

Perhaps some inspiration can come from the non-human animals who have come to occupy Twin Falls after abandonment. The large amount of alders in the human-disturbed landscape attracts large amounts of insects. The insects in turn attract large amounts of bats and bats take advantage of the abandoned hydroelectric power plant and make a home. So many bats now live there that the plant has become dangerous for humans due to all the guano inside. A unique ecosystem has formed inside an anthropogenic environment.

In a similar way, there is no simple narrative and no escaping the consequences of industrial development in Labrador. For good or for ill, we have to make a home in and around our active and inactive industrial monuments, just like the bats inside the hydroelectric dam. It is impossible to go back to an idealized before time.

At the same time, with the disastrous Muskrat Falls power plant soon coming online, this new sort of heritage keeps piling up. Acknowledging industry as part of the province’s real, immediate, and difficult heritage gives us the opportunity for critical reflection about our life in the present day. This is something that the wished-for, romanticized, and celebrated distant past simply cannot achieve. What sort of heritage has been created by the twentieth and twenty-first century industrial campaigns in Newfoundland and Labrador and what sorts of legacies will the current political and economic trajectories leave behind? If Twin Falls is any indication, we will be living with countless lasting legacies for a potential eternity. Therefore, we have a duty to change how we imagine Newfoundland and Labrador heritage, whether we like it or not.

Main Photo: the hydroelectric power plant at Twin Falls, Labrador. All photos by the author.

Anatolijs Venovcevs is a PhD candidate in archaeology at UiT: The Arctic University of Norway. His project is looking at the legacies of twentieth century industrial development in Labrador, Canada and Murmansk Region, Russia from an archaeological perspective. The research is done with the support of the project Unruly Heritage: An Archaeology of the Anthropocene (https://unrulyheritage.com) based out of UiT: The Arctic University of Norway and funded by the Research Council of Norway.

Four Entrepreneurial Ideas to Jump-start Our Economy
In this moment of financial calamity, Newfoundland and Labrador needs a new economic engine. We've got four suggestions just begging for a subsidy. 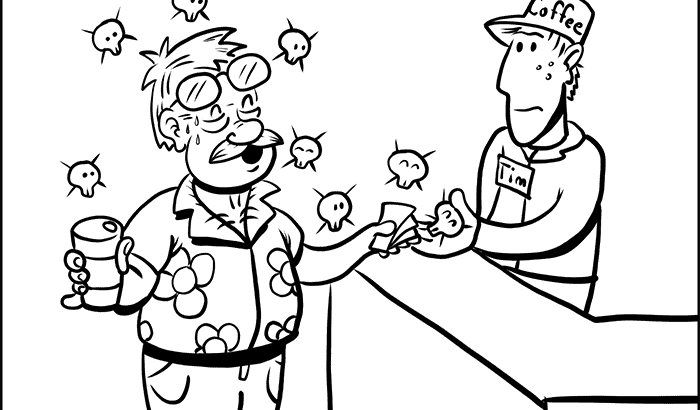