Cambodia and Angkor – what??

Our correspondent arrives in Cambodia…and is pleasantly surprised

We had no idea what to expect from Cambodia.

Well, that is not entirely accurate. We were expecting corruption from the police and touts to rush us as soon as we rolled over the border. As for the ordinary citizen and how they would react to us…there we were at a complete loss. This was a country where mass murder and civil revolution was still within living memory. Thirty years is a heartbeat in time. My parents were teenagers and young adults during the height of the atrocities of the Khmer Rouge. Yet the news from those years alone had left enough of an impact on them that when I suggested we visit Angkor Wat together they resolutely refused. The temples of Thailand were enough for them and no amount of pushing on my part made any difference.

I knew that the country had been “safe” for tourists for a long time. As safe as any country is – if you have tourists, you have petty crime. But you have that in London as much as in Siam Reap. What I did not know was whether we would be treated as walking wallets or what kind of psychological scar the past had left on the country in general. With such fears in mind we decided that we would ride to Angkor Wat and then ride straight on into Laos, in the hopes of seeing the temples while having as little time to be exposed to the police as possible.

From the very second that we rode over the border, everything we had thought about Cambodia was challenged. We crossed into Cambodia at Poipet, as from there it is only two hours to Siam Reap and the temples of Angkor Wat. None of the horror stories that we had read about occurred. They stamped us in, smiled and waved us towards customs. Again we approached customs with trepidation and again our fears were completely out of proportion. Within an hour we were on the road (legally) and not only had we not paid a single bribe, we were not even asked for one!

By this point you’d think we would have learned: if a nefarious border town was not evil, then perhaps the entire country was okay too. But still we resisted the evidence before our very eyes (and in our own guesthouse). We booked three nights, with the plan to spend no more than the requisite couple of days at Angkor and leave again.

Things were so great, we ended up staying a week.

Far from the tourist trap of our fears, we were greeted with friendly open arms at our guest house. We waited for the catch, assuming that as soon as they found out we would be riding our own bikes around the temples their attitudes would change. Instead, we were brought into a deep discussion about where we bought the bikes and the differences between the Malaysian Honda Wave and the Cambodian one (the Cambodian one uses newer technology, go figure!).

…if you have tourists, you have petty crime. But you have that in London as much as in Siam Reap.

Instead of feeling like the walking purse I had expected to be, I felt incredibly lucky to be in Cambodia. The people were open and friendly, and with half the population being under the age of 25, the country is looking forward and not backwards. The city had a vibrant pulse that caught us completely under its spell. And the temples of Angkor Wat intensified the feeling that this city was truly special. For once in my life I was not underwhelmed by a major tourist attraction. (I never seem to learn my lesson, or perhaps it’s just that I need to find out for myself that the ride to the attraction is much better than the attraction itself). On our second day of temple revelry we even woke up before dawn with glee. I’ll admit that since we bought the three day entrance pass we wanted to check out the temples before committing ourselves to a pre-dawn rise. Wandering around during the day confirmed for us that seeing them at sunrise would be well worth the sacrificed sleep.

Our joy was such that we decided to extend our stay in Cambodia. We decided to avoid Phnom Penh, not due to our silly misconceptions but because a city tour with motorcycles is not really our thing. We prefer to ride the countryside. Our new plan was a slow ride along the Mekong River: one that proved to not only be amazing, but an exercise in adventure riding and getting lost in the jungle.

But you’ll need to wait two more weeks for that story. 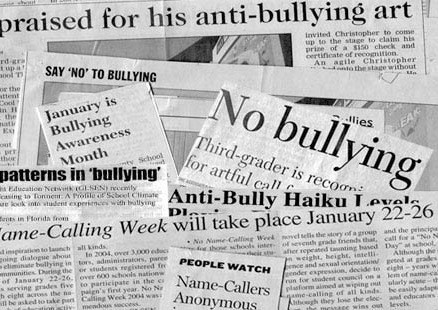 Of Bullying and Bloggers
Why do we tolerate bullies in our midst?

Gardens in winter
Of memories and plans...