In Russia, saunas can be a painful affair

For me, motorcycle travel means doing things with the knowledge that even if they go horribly wrong, I’ll still be happy that at least I tried them. Given the choice between knowing that something will turn out badly, and doing it; or never knowing how it will turn out and therefore denying myself the experience…I choose badly. Overland motorcycle travel is for people who regret not doing things more than they regret doing them.

Which is why when I found myself one night in a small box being beaten with birch branches by a large, naked, Russian man, all I could think was how lucky I was.

How I ended up in the banya, or Russian sauna, at 1:00 am on a Friday night was typically Russian. First we were “friendly kidnapped.” This is in fact a Russian pastime, particularly for bikers. They see your bike, they pull over, and rather than asking, they “insist” you come along for beer and food at their clubhouse. If you manage to escape this fate (and there are worse ones I assure you), he (99% of the bikers I encountered in Russia were men) will insist on at least guiding you out of the city.

On this particular Friday night we had pulled over to the side of the road and were debating where to camp. A biker pulled over and told us we were coming with him to his friend’s house – “a biker point” – in the Altay region of Russia.

Although following strange men into the woods seems like a generally bad idea, overland travel means listening to your gut instinct.

Our hesitant expressions were met with “Don’t be stupid!! Food and…” and then he proceeded to flick his neck with his finger, which is the Russian sign for getting ossified.

Although following strange men into the woods seems like a generally bad idea, overland travel means listening to your gut instinct. And so far our gut has not lied. When he said his friend was Konstantine we put aside all reservations, because the mechanic who replaced our tires in Novosibirsk had told us to find a biker named Konstantine. Our lack of Russian and Konstantine’s lack of English was the reason we hadn’t been able to find him before now. But now we had a guide – perfect!

Upon our arrival, Konstantine did not bat an eyelash that his clubhouse had just gained 3 more bikers. We were invited in, told to pitch our tents, and to start drinking. Up until this point we had yet to have a single sip of vodka in Russia: this was about to be remedied, and with a vengeance. I must admit, however, to pulling the tourist stunt: I merely sipped, while the others downed shot after shot. And then the shouts of “Banya!” began, followed by a chant of “No banya, NO MONGOLIA!” Before I explain what ‘banya’ is, allow me to point out that since I was sipping and therefore not drunk (merely tipsy), I really can’t blame my subsequent willingness to sit naked among strangers on the alcohol. I’d say, rather, that it was my time in Germany that cured me of my nudity issues.

I incorrectly interpreted this as: “Don’t come down there, as we will both be naked.”

This is not to say that I’ve been completely assimilated. You won’t see me naked at the park any time soon. But I no longer see men’s dangling bits as a symbol of depravity assaulting my eyes, nor my own nude body as a source of burning shame. No, that attitude was lost a couple of years ago, when I went along for the second time on my German boyfriend’s annual family motorcycle vacation. It was, however, the first one that featured a sauna in the guest-house. The German had announced to his family that we were going to use the sauna. I incorrectly interpreted this as: “Don’t come down there, as we will both be naked.” Such innocent misunderstanding was dispelled about 5 minutes later, when the rest of the family – from his 2 year old nephew up to his 83 year old grandmother – trooped in to join us. I was in the process of the pre-sauna shower and I felt a tap on my shoulder. I spun around to my boyfriend’s naked father asking me for the shampoo.

After that experience, saunas with strangers are easy.

Russian banya is different from the rest of my sauna experiences in that in addition to sweating in the heat, you get treated to a beating with sticks (with the leaves still attached) as well. I found myself in the sauna with the German and two other Russian guys, who insisted that just sitting and acting as though this were a Finnish sauna or something, was not going to fly with them. After an appropriate amount of time had passed, I was told to cool off and then come back. In the night air outside I could see the steam rising off of my body. Konstantine, who was a “professional”, was going to come in and beat the German. I opted for a non-“professional” (but rather rigorous beating nonetheless) from one of the other bikers.

I have to admit, I was overjoyed to be able to say that I’d experienced proper Russian banya. Not just the easy version, where we (i.e. non-Russians) hit each other, but a proper Russian one, with no holding back. They insist it’s healthy. Of course they also insist that in the winter one must jump into the snow between banya sessions, since what does not kill you only makes you stronger. I’m holding out my verdict on that one.

The next day they let us ride away towards the Mongolian border, but not before they demonstrated some axe throwing. What impressed me the most about this feat was that I doubt they had even gone to bed. When we visitors crept away at 3:00 in the morning to get some sleep, the bikers who had gone mini-lobster hunting 5 hours earlier had just returned and jacked the music up.

Of the 20 bikers there the night before, about 15 rode away that morning. Half of them had only met that night, but all of them had shared a love of biking and recommendations from friends to visit Konstantine. We couldn’t have wished for a better Friday night experience, with other bikers from around the world. I’ve always loved Russia, but Russia on a motorcycle has offered me an experience unlike anything I had when I was there as a 19-year old student. 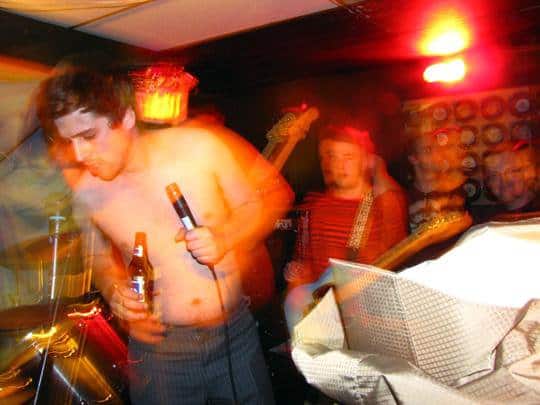 Monster-baiting Toronto
TheIndependent.ca catches up with one of St. John's most energetic loud-rock bands as they tour the mainland with their debut album... 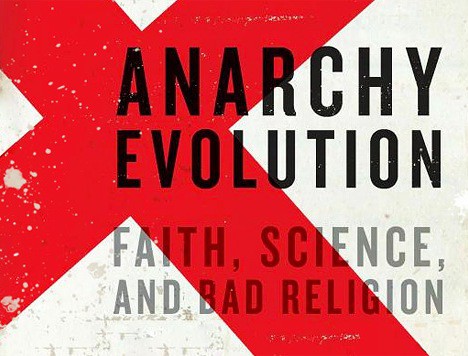