Love and hate in Laos

Laos was not at all what we expected

Laos is often billed as Southeast Asia’s forgotten land. Perhaps that may have applied ten years ago but it is time for the guidebooks to update their tag line for Laos. Laos is neither forgotten nor easy to forget. It is a country of outstanding beauty and maddening contradictions. Which undoubtedly explains the teeming number of tourists.

The secret is out and Laos seems to struggle with how to react to the influx of cash-flinging visitors. I swung from mad love (as we motorcycled through mountain tops that looked like they were created by a brilliant tourist board let loose with Photoshop) to insane fear (as a transport truck would come barreling around a corner at 80 km/h on a pothole-riddled dirt mountain road). In such situations your only option was to swerve into a ditch and hope the mountains – as rugged, green and amazing as they are – were not your last visions of earth. Although as far as last glimpses go, little tops Northern Laos.

Laos is neither forgotten nor easy to forget. It is a country of outstanding beauty and maddening contradictions.

Our arrival in Laos was bittersweet. We were sad to be leave Cambodia and yet Laos was a country high on my must-see list. The border crossing did not go as easily as planned. Both Cambodia and Laos gave us the shakedown in requests for “stamp money.” This is not a large amount of money: both sides wanted two U.S. dollars per person to be allowed out of Cambodia, and then the same on the Laos side to enter. This doesn’t include the cost of a visa on arrival – that was another $42 dollars for myself as a Canadian. The German got away with $30. Yes: this was, and is, flat-out bribery. I find this infuriating. Part of me thinks that the amount isn’t really that high, that the country is among the poorest in the world and that these workers are paid less per month than what I make per day. Therefore I shouldn’t quibble over a few dollars. I am, after all, traveling the world by motorcycle and taking a year off of work in the process. Who am I to begrudge a few dollars?

The other part of me stomps her foot in anger and says that this kind of behavior is just not fair and is a sign of bigger problems in the country that need to be addressed and should not be encouraged.

The anger of the border crossing fell away however as we began our ride towards Pakxe. It is easy to forgive the border guards as you wind your way past temples and giant golden Buddhas on mountain tops. Hordes of school children of all ages skipped along the side of the road in their uniforms on their way home. School buses are a luxury reserved for wealthy places and Laos is not a wealthy country. We would also gawk at some of their houses – houses which consisted of huts on stilts – yet it was not the huts that made us gawk so much as the satellite dishes that were parked outside them on the lawns. When we needed gas it was sold in old coke bottles as often as it was sold in gas stations.

Yet riding into Vientiane or Luang Prabang was like riding into another country. The temples remained but now instead of plain soup, noodle soup or soup with a few pieces of mystery meat, you could order anything that struck your fancy: from Korean and Japanese delicacies to German bakeries and American fast food joints. Here it was hard to see where the idea of Laos as a forgotten country could ever have originated. Forgotten by who? It appeared there was not a single nation that was not represented, including all ages and income brackets (from the backpacking gap-year student to the packaged tour retiree).

The police had also taken a page out of their friend the border patrol’s notebook, and every time we took the bikes out we were stopped on any number of fake charges. These charges involved a “real” fee and an “easy” fee. The easy fee was one that we could pay directly to the officers, and of course it would be lower than the “real” fee. We had created fake copies of our license specifically for times like these. This allowed us to argue with the police but in the end we could also say “fine” and ride away. We know people who used their library cards or old video store memberships. In the end the healthy way to see it is as a game: whoever has the most time wins, either by being on the receiving end or keeping what they have. In our case we won every time, as we had plenty of it. Time wasted on us meant the loss of other, more easily collected, bribes.

Time wasted on us meant the loss of other, more easily collected, bribes.

And yet once we were out of the cities and on Route 13 we were back on paradise road. At one point in time this road was not recommended as it came with a warning about bandits, but now it is only dangerous due to the road conditions and the other drivers. It was on this highway that we had the best camping spot of the entire trip. We stopped at a restaurant that overlooked craggy peaks and asked if we could pitch a tent to spend the night there, since we were so in love with the view. “Of course!” came the reply, with a warm and welcoming smile.

Laos for me was a reminder that motorcycle travel is not a vacation but an adventure. This reminder was a harsh one at times, after the beaches of Thailand and the overwhelming friendliness of Cambodia. My memories of the country are a curious mix of amazing sights, kindness, anger, wonderful people and corruption that I had never experienced quite that way before that point. Travel is not always easy: it can bring up some uncomfortable feelings as culture clashes and homesickness raise their head and as you become aware of issues of your own privilege. And yet, it is this very pushing of my comfort level that often drives me to travel; to become aware that where there is bad there is also good and to appreciate how wonderful home can also be. Made wonderful by simple things like being able to turn on the tap and drink the water, or not shudder at the sight of a uniform. 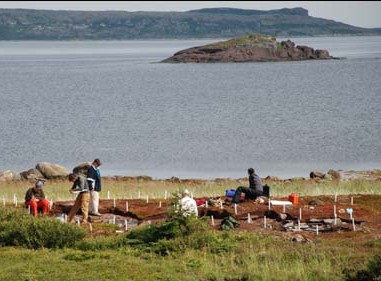 Improving access to education for all
Education is a right. No matter where you live. 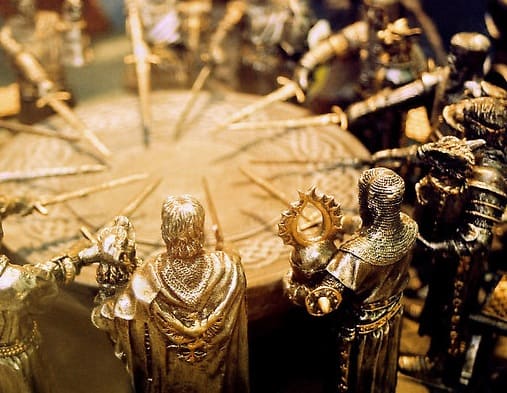 Reflections from around the table
Thoughts on tables, and updates on local food security projects