Biking in Canada is an expensive prospect

On March 21st we arrived in Vancouver. Part three of our journey had begun. It was easier to get our dog Mango into Canada than my German co-pilot. A lot of red tape and a last minute flight booking and not only were we in, but we were ready for the biggest challenge of our trip yet – procuring transportation for the last leg of our journey. Perhaps the biggest shock was not the relative ease with which we did so (both purchasing and insuring), so much as what we decided to buy: a Dodge caravan. Our decision triggered a barrage of emails ranging from the “Have you guys gotten really old?” to “Have you completely lost it?”

This is where English needs to an equivalent to the convenient German phrase ‘jein’. A little bit yes, but much more no.

Oh, Canada. Why do you cost so much?

Our decision was influenced strictly by financial considerations. When we began looking into buying bikes over shipping them, the prices were about $3 500. That was the top end of what we wanted to pay, but pay it we would. We were both caught in the trap set by the European (and Russian and Asian) standards of “what you see is what you pay.” I had a vague recollection of Canada putting tax on top, but what I was truly not considering were the handling fees and processing fees that went on top of all that too. For two bikes, both used, both 250 cc engines, we received a final price quote of just over $10 000 Canadian. Each bike went up by almost $2000 in taxes and fees. We choked and then we cried…

To put this into perspective, our 650 BMWs with all the bells and whistles – like ABS brakes and grip heating – came in considerably under the Canadian price. With almost the exact same number of kilometers. This just seemed wrong, so we began to look at private sales. Yet, even by bypassing the dealers who charge extra handling fees, we still had to pay sales tax. I never thought I would say this, but Germany has me completely spoiled. Sales tax on a second hand bike bought in a private sale? Never! Although we would have paid it. It still brought our bikes up to $8 000 before we even headed out of the city. Supposing we recouped half of it (if we were able to sell them at all in Newfoundland), we were still leaving a BMW GS (back in Germany) on the table. A Germany that we were returning to in just a few months. A Germany where we would be hitting the motor season at the halfway point. Was that money really worth it?

…our last week in Bangkok involved a lot of soul searching. How badly did we want to finish this trip on a motorcycle?

And so our last week in Bangkok involved a lot of soul searching. How badly did we want to finish this trip on a motorcycle? We could fly to San Francisco where a fellow member of the Horizons Unlimited motorcycle community could arrange the bikes for us at $3000 each, again the top end of what we wanted to spend, but worth it for a motorcycle in North America. If only we had figured this out before we had booked the tickets to Vancouver! So we still needed to get to San Francisco, plus cover the out of pocket costs of getting the paperwork done while we stayed in a pet friendly hotel. We would still be looking at an extra $1000 to get there. We were at the end of the trip, not the beginning. Reselling would involve importing, which seemed easy enough, but again the thought of returning home bikeless haunted us. Did we really want to fork out $7000 for three months?

Turns out…we didn’t! We also took into account the fact we were leaving a continent known for its low costs ($5 for a hotel room anyone?) to a country where costs were ten times as high. And for the most part, those $5 dollar rooms in Southeast Asia are still on par with the motel room you get here for $50. Only they also come with a view of the sea, whereas in North America you get a view of the highway.

The only thing we did know was that we did not want to fly into Newfoundland. This was supposed to be an overland motorcycle journey and we wanted to keep the overland part intact. Our Honda Waves had got us almost $2000 Canadian. For that we could buy a large mini van. As in one we could sleep in, too. And instead of going back to Germany broke we would still have enough to cover our new motorcycles. Because it’s one thing to get a van for 3 months; it’s completely another to give up motorcycle travel.

And so as I sit here writing this in northern California, it has been raining for a week. We often look at each other and say “THIS would be an awesome motorcycle road, except for the rain that is” and then we giggle. It has been raining every day for the past week and so at the moment we are happy with our new choice of vehicle.

Although once we hit the desert we both know our feelings are going to change. 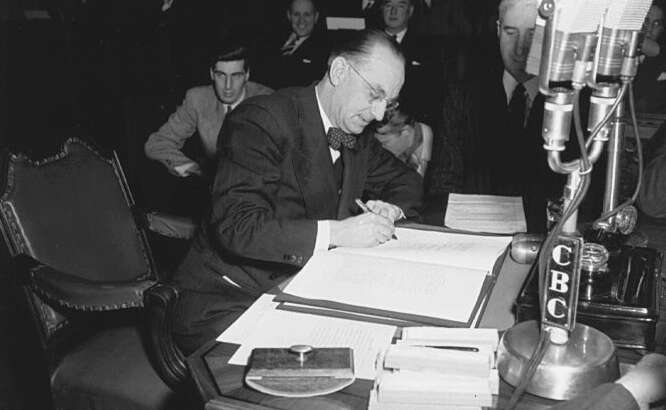 Irony and independence
On the anniversary of Con-federation, some advice to future Republicans... 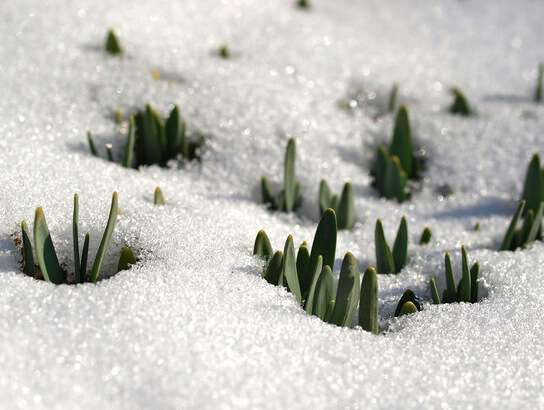 Celebrating spring: A season dressed in winter’s clothes
Our time will come...