Well, Christmas, the season for giving and for overindulgence, is over. But there’s a lesson I think we can take from it because, of course, when we overindulge in giving, we end up spending more than we have.

We stock up on alcohol and chocolate. We give presents to all those we care about or are supposed to care about, or who might be offended if we don’t seem like we care about them.

The end product of this is that January has become the season for frugality and frustration. We eat the last of the Christmas chocolate and drink the dregs of whatever alcohol survived the new year. We skimp, and we get by, because we have credit card bills to pay.

Debts are a promise. We made a conscious decision to spend more than we earn, but could only do that because someone else agreed to lend us money. They only agreed to lend it to us because we agreed to pay them back more than they gave us (interest, in other words). As a consenting adult, you’re deemed not to be stupid. Therefore, you’re responsible for the consequences of your decisions.

While the timing is slightly different, this is true both for individuals and for governments, but with significantly different ramifications. For governments, elections are like Christmastime, except (sadly, for strange and ornery folks like me) they only come once every four(ish) years. They spend more than they take in, and so leave the province with a pretty awful hangover and difficult decisions to make.

Government debts also have a similar effect on governments as they do on individuals. When you’re trying to pay off your credit card, car, house, and student loan, you don’t have a lot of money left for fun things like movies and travel. When a government is trying to pay off money borrowed to finance ill-considered wars or greenhouses (*cough* Sprung *cough*), it doesn’t have as much money around to pay for fun things like textbooks or hospital beds.

But there is an important difference between governments and individuals. While an individual’s income is more or less fixed, governments can raise taxes if they want to.

Generally speaking, individuals have to live within their means. In theory, someone could go out and get a second job, thereby increasing their means, but that’s a lot more difficult to do (particularly when you’re already spending a third of your time working anyway) than it is for the government to shift the income tax rate from eight to 10 per cent, or adjust the levels people pay these taxes downward, so people making over $75,000 pay 35 per cent instead of just those making $85,000. And so on.

In the long run, that might make the economy a little slower, but will still generate much more revenue that government can then use to pay off its debts, which would then leave it with more money left over for important services which, let’s face it, we all want. So if taxes are the price we pay for civilized society, then we should figure out how much civilization costs, and tax ourselves accordingly.

So when we hear about how the price of oil is forcing government to make some difficult decisions, it’s wrong to think that that’s just like our own bank balances. Government can far more easily change its income than an individual can. So the difficult decision should not be “what to cut” but instead “whether to cut or raise taxes.”

Given the cuts we had two years ago, I think it’s time for government to at least think about getting a second job instead.

Destruction of Muskrat Falls shortsighted, irresponsible: Labrador elder
"We have to stop believing that the way to make a living is through mega projects." 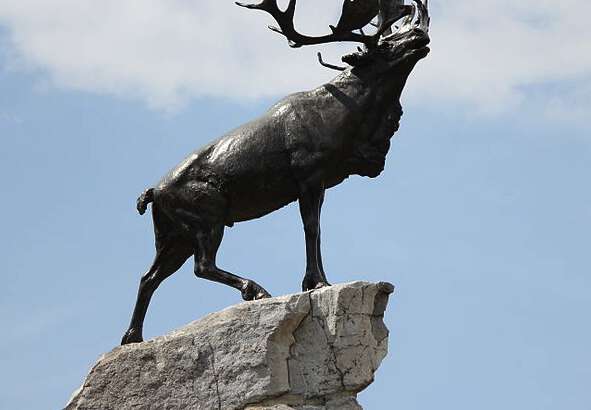 We’re failing our most vulnerable species
And, in the case of endangered species, an ounce of prevention is worth a pound of cure