By the time you pass 60, a lot of things have changed since you were potty trained. You find many of these changes astounding and upsetting.

Among the things that drive me to distraction: how we’ve become so obsessed with safety that we’re almost crippled by it; and how we’ve outsourced responsibility for that safety.

If someone has a misfortune of any kind, it’s guaranteed someone else is responsible and we’re going to find a way to sue the pants off them. When Americans were like that and we weren’t, we thought it was shameful.

One of the prime directives of agencies responsible for public safety, inevitably, has become the avoidance of any possibility of misfortune for which they could be blamed, and thereby the avoidance of lawsuits.

In many cases, this means throwing out all good and common sense, discouraging the exercise of judgement, and promoting a phenomenal amount of waste.

I’ve already written about the idiocy surrounding best-before dates, but the Canadian Food Inspection Agency website’s contribution to the idiocy is so over the top, I just have to share it with you.

When I first started researching best-before dates in 2009, the CFIA’s website said, “When the best before date … has passed, the food may lose some of its nutritional value … It may also lose some of its flavour, or its texture may change. Your senses of sight, smell and taste and your common sense will tell you whether the quality of the food has decreased.”

When I went back to the CFIA website some months later, I found the page revised, and their advice on “expired” food quite different. Now they say: “NEVER (their bolding) use your nose, eyes or tastebuds to judge the safety of food. You cannot tell if a food may cause food-borne illness by its look, smell or taste.”

Could there be a more complete turnaround?

Don’t trust your own judgement

For seven years, the CFIA thought we could be trusted to make a judgement on what was fit to shove into our faces. By mid-2009, they had decided we could not. If you follow this advice, you are forced to conclude that when the best-before date of something in your fridge passes, you should chuck it.

It gets worse. Elsewhere on the fact sheet, they say, “Remember that “best before” dates are not indicators of food safety, neither before nor after the date.” So we’re being told that not only should we not trust our own judgement, we should also not fully trust the manufacturer’s best before date either.

If there was ever a sentence that elevated our filthy rich, couldn’t-care-less, shag-the-planet way of life to the status of religion, that’s got to be it.

Duh. Anyone familiar with recalls knows that recalled food has often not yet reached its best before date, so that’s no big shocker. But stating it in so bald and unqualified a manner has the effect of scaring the bajesus out of you and nudging you in the direction of never eating again.

At the end of the “never, ever trust yourself” paragraph, there’s another jewel: “And remember: if in doubt, throw it out!”

If there was ever a sentence that elevated our filthy rich, couldn’t-care-less, shag-the-planet way of life to the status of religion, that’s got to be it. If you judge something to be gone bad, of course you should chuck it. But after telling you that you can’t trust your judgement, nor the best before date, when do they think you’ll first start doubting your food?

Maybe the safest thing is to drive from the supermarket straight to the dump.

Another CFIA page tells us it’s estimated that as many as 13 million Canadians get sick on food every year.

Hang on a sec.

That’s 39 per cent of our 33 million Canadians, so more than one in three got sick on something they ate last year? That can’t be so.

Newfoundland’s share of that would be 195,000 cases of food poisoning. I can guarantee you that if we had had that many cases in the past year, every newscast would be stogged with it, and the H1N1 pandemic would have been on the “yeah, yeah, whatev” list.

Yet it’s true, or the CFIA claims it is.

It’s stuff like that that makes people nowadays so afraid to breathe the air, drink the water or eat their food. New facts. New research. Every day, something new to be afraid of.

Lots of this new research is taken as gospel, without any critical evaluation of its true significance. We obsess over avoiding something that will double our chances of getting tailbone cancer (from one in 10 billion to two in 10 billion) to such an extent that our chance of developing some sort of anxiety disorder goes from one in three up to one in two.

I’m not saying there aren’t things to be concerned about. Of course, if there’s Listeria in my bologna, or Listerine for that matter, I want the CFIA to tell me, and pronto. But there’s a world of difference between tainted meat and Black Forest ham that expired three hours ago.

We’ve gone clear to hell worrying over food quality and it’s doing us more harm than good. It’s certainly filling up garbage bags and dumpsters. And the CFIA seems more than willing to throw gasoline on the food anxiety fire. I wonder what reasons they might have for making food safety a matter of ever-increasing concern?

Just Go With It
In spite of the title, you can probably just go without it 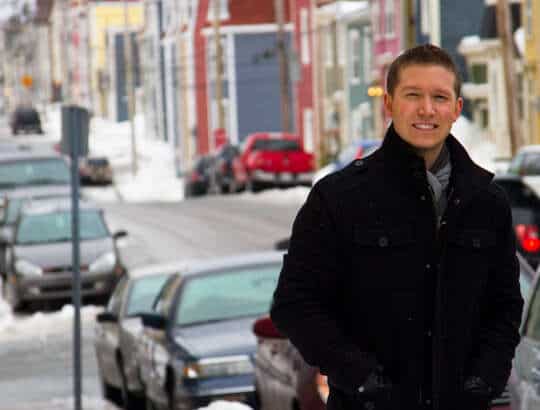