On the extinction of species

We should have learned our lesson from the cod collapse… but we never learn. We really don’t.

A fisherman being interviewed by the CBC some years back said, “The future of the fishery? My sonny b’y, that’s a thing of the past.”

The long-term outlook for any commercially valuable species of seafood, I hereby claim, is extinction.

You don’t have to be a scientist to understand the reason for this, because it has little to do with science. It has more to do with psychology and politics.

Consider what might be called the life cycle of a fishery.

When the harvesting of a fish species first gets underway, there is no historic catch data. You’re starting from zero. Most likely, almost certainly, catches are good. The demand for the product (and there is lots of demand or you wouldn’t be fishing it) and the desire of harvesters and processors to make ever more money means that quotas will be increased year by year.

In the case of cod, for example, I believe I’ve read that once it was the largest biomass of any species on the planet.

Catch rates will confirm that there’s lots and lots of the species out there to be harvested. That’s no surprise, since it’s a previously unexploited resource – the biomass is huge. In the case of cod, for example, I believe I’ve read that once it was the largest biomass of any species on the planet.

If there were a way to measure the exact size of a biomass of fish and its reproduction rate, there would never be any problem, because scientists could calculate a quota based on some safe percentage of that biomass, which the stock’s reproduction rate would replenish annually.

But with fish, there isn’t a good way to measure the size of the stock, and catch rates are the main source of data. So a fishery starts, and we simply watch how much is coming in. As long as lots and lots is coming in, everything’s okay.

Not even the cod could last

It’s when catch rates begin to fall off that the trouble begins. And they will fall off; make no mistake. It’s only a matter of time. With quotas ever on the rise, and more and more people getting in on the bonanza, no stock can last forever. Even the cod couldn’t.

Now comes the hard part. Not only are fishermen and processors used to making good money at this fishery, but there’s a whole bunch that have just invested heavily to join the profit-fest. Talk of cutting quotas is not welcome at all. And quotas are sky-high at this point, having climbed steadily through the cream-of-the-crop period.

Fishermen redouble their efforts, making the hunt for the last few remaining tons of the stock desperate and ruthless.

Politicians, who have to worry about looking after the interests of their constituents, under immense pressure from the fishing interest groups, will take the scientist’s warnings of trouble with a grain of salt, and cut quotas less than recommended. Often, much less.

It’s this tendency of the politicians to not hit the brakes as hard as needed that is the critical failure of fisheries management as we practice it.

Inevitably, there follows a period during which the collapsing stock has to withstand many times the fishing effort that it can bear. Unfilled quotas become the proof that the fish are running out, but in the meantime, everyone says we’ve always had off-years before. I’ve got a quota and I’m going to catch it. Fishermen redouble their efforts, making the hunt for the last few remaining tons of the stock desperate and ruthless.

Finally, quotas become meaningless because the truth is sinking in – the stock has been fished out.

It will always be this way

But scientists don’t set quotas; politicians do. And fish, unfortunately, are stubbornly blind to social, economic, and political considerations.

We should have learned our lesson from the cod collapse. In 1968, during the bonanza period, there were 810,000 tons of codfish caught on the Grand Banks. Consider that figure! One point six billion pounds of cod in one year! What were we thinking? The moratorium has been in place for eighteen years now, and finally the cod seem to be coming back. Maybe, some say. Some aren’t so sure. But fishermen say there’s lots of fish out there – never seen so many – let us go catch ‘em. It’s our God-given right.

We never learn. We really don’t.

There’s talk lately about shrimp and crab stocks being in trouble. What a shocker.

A fine pile of public questions
The first batch of questions have been delivered! 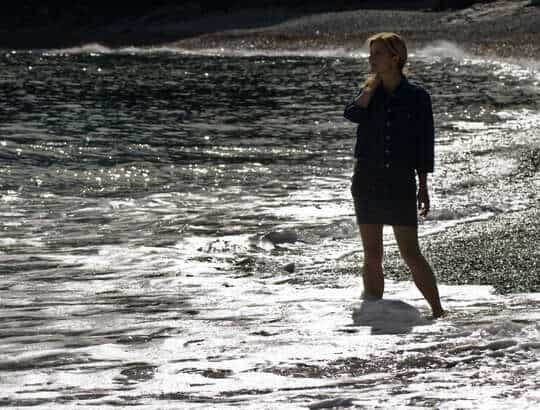 A catch-up with Kim Stockwood
An Indy Q&A session with Stockwood, from her home in Toronto yesterday