Here’s to a Harassment-free House

A safe and respectful workplace opens the doors for a diversity of players to participate in politics. The system itself becomes an accessible option.

There are many “man-made” systems in Canada that play a major role in everyone’s lives. We all participate in them. The social justice system, the economic system, the legal system, and labour standards: all are examples of institutions originally created by men, for men.

Political legislatures in and of themselves are no different, originally open only to a select few people. These institutions were made and standardized with consideration only for those who directly worked within the political system.

Since property-owning white men dominated the Canadian Parliament and legislatures, they created rules and regulations that best suited their needs. This was a time when women were not allowed to even enter the legislative chambers, and a time when only a distinct group of people made the decisions that affected all citizens regarding their money, their health, and their education. It was equally a time when the decisions regarding rules for elected members of legislatures were written with one group of people in mind—those already allowed to participate.

As time moved forward, so too did politics. Today, women participate in all levels of government, including elected office. They are active members of cabinets, governments, and opposition parties, and sit at the decision making tables across Canada.

However, in Newfoundland and Labrador, currently only 22.5 % of MHAs are women—the exact same percentage of representation in the previously elected assembly. It’s important to note that women did not lose ground, but it’s still disappointing to see that less than a quarter of MHAs are women.

Following the 2015 election, women members accounted for 25% of the House of Assembly. With the resignation of Cathy Bennett and election of PC Leader Ches Crosbie, the percentage reduced marginally to 22.5 %.

In both the 2015 and 2019 election, only 27.6% of candidates across party lines were women. This number includes all four major parties, even the new NL Alliance. (This percentage drops to 25% when including the nine independent candidates.)

It’s important to bring a diversity of members to the legislature to ensure that it reflects the people and populations of the province. Women within the political system can better recognize issues with the status quo, and question whether or not the institution is actually accessible to all potential participants.

History shows a clear pattern of women incumbents being retained at lower rates than men. Yet there is a tendency to shrug this off with acceptance of a flawed system and one’s ability to “handle it.”

Today, there is an understanding that instead of elected members needing to adjust themselves to the system, it’s actually time to look at adjusting the system to its membership. The House of Assembly recognized this need after several harassment complaints were put forward between elected members in 2018.

The Committee of Elections and Privileges decided to review the provincial legislature’s current policies and code of conduct. They would determine whether or not it met the needs of the many members who currently sit in the office, and those looking to participate in the future.

The legislature is—among other things—a workplace. This idea can get easily lost as it’s such a unique atmosphere. It’s composed of people elected by the public. Members often hold a party affiliation, and we like to think they are governed by the needs of constituents. But they are also easily influenced by party loyalties, election dates, and a variety of other factors.

Equal Voice (EV) met with the Committee of Privileges and Elections last year to discuss the different opportunities for a harassment-free workplace within the legislature, and provided recommendations for a policy specifically addressing and protecting elected officials. Following consultations with EV and other experts, the committee presented recommendations for a viable anti-harassment policy.

These recommendations included a clear definition of harassment, a need for a gender-sensitive lens, consideration of confidentiality, clarification on who is covered in the policy, an unbiased investigator, as well as mandatory training for members of the House.

EV recognizes that these are important and necessary steps forward for systemic change within the political arena. A safe and respectful workplace opens the doors for a diversity of players to participate in politics. A place within the system itself becomes an accessible option.

Stepping back and reviewing a system with intention to progress for the greater good—refusing to be satisfied with the status quo—is a great example of forward momentum. A new policy is expected to be in place for the new 49th General Assembly, and the Privileges and Elections Committee recommendations are an example of advancement.

Founded in 2001, Equal Voice is a national, bilingual, multi-partisan organization dedicated to electing more women to all levels of political office in Canada. The Systemic Change Program is a nationwide multi-partisan initiative to address some of the systemic barriers within legislatures and Parliament that contribute to the under-representation of women in politics at the provincial, territorial, and federal levels in Canada. Funded by the Department for Women and Gender Equality, this Equal Voice project will produce recommendations for change and work with key stakeholders to develop implementation strategies.

The Independent is 100% funded by its readers. Your pay-what-you-can subscription or one-time donation provides a base of revenue to keep our bills paid and our contributors writing. For as little as $5, $10, or $20 a month, you are funding the future of journalism in Newfoundland and Labrador. Together, let’s #UpTheIndy! 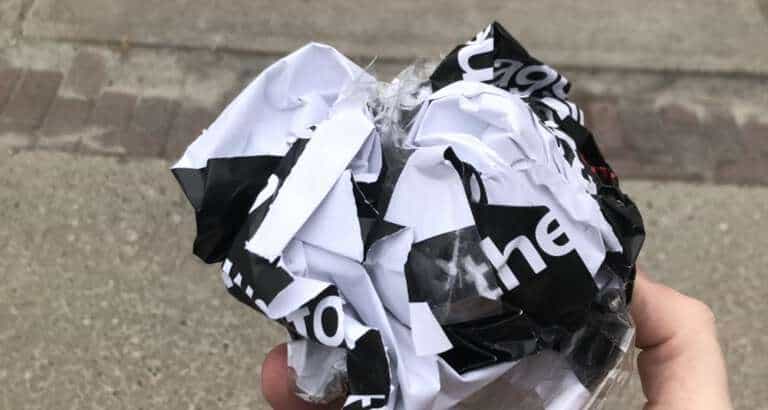 On the Stoppage of Crime
A modest proposal: that crime is not stopped by terrorizing a city with a guerilla marketing campaign aimed at encouraging people to snitch on the…