Labour vows to fight back

Bill 22, An Act To Amend The Labour Relations Act, was rushed through the provincial legislature last week in record time as the Minister of Labour, Dan Crummell, thumped his chest and declared that government had listened intently to the workers of Newfoundland and Labrador and were committed to ‘restoring democracy’ by allowing workers to have a “secret” ballot vote to join a union in their workplace. “Who wouldn’t want that?” asked government and the official opposition.

This begs the question: were the rules under Bill 22 explained to those workers who ‘apparently’ have been beating down the doors and telling their bosses they want “secret” ballot votes? Were these workers told that the votes take place with the boss in the room? Were they told that the “secret” ballot vote takes place after the employer has been given leave to threaten, intimidate or use all the power held by the person who holds your employment in his hands? Oh sure, employers must be a little careful with what they say, but their lawyers have helped them figure this out.

Add to that, a little known clause in the Labour Relations Act (LRA) that says if less than 70 per cent of the work force does not vote (this is in a province with less than 58 per cent voter turnout in provincial elections), then the union will be certified only if 50 per cent plus one (+1) of all workers (including those who don’t vote) vote in favour of a union. In other words, not showing up for the vote counts as a vote against the union; try telling the workers that is a “secret”, democratic process! It’s not – it’s stacked in favour of the employer! The current provincial and federal governments would have failed to be elected under such conditions.

Public consultation thrown out the window

Card-based certification, wherein 65 per cent of employees sign cards to indicate they want to form a union, was one of several amendments that were enacted in a new LRA in 2012. It was the result of a four-year review with senior business and labour representatives through government’s tripartite Strategic Partnership Council (SPC). When that law was passed, the PC government stated they were committed to maintaining a positive labour relations climate to help maximize job creation, economic benefits, and employment stability, and that the review process was a critical piece.

The SPC recently came to an end after more than 12 years, when employers withdrew, preferring instead bilateral dialogue with government. No kidding!

Newfoundland and Labrador labour relations law, like that in the rest of Canada, was enacted in the post World War II period and based on an automatic card check. If the majority of workers in a workplace wanted a union, they signed a card. That was evidence enough of intent, and the union was automatically certified, after the Labour Relations Board reviewed the application. This democratic process protected workers from intimidation from their bosses. Bosses reacted by lobbying governments to enact tougher measures, which happened in 1994; workers were forced to first sign cards (a protected, democratic process) then have a mandatory vote (opening them up to undemocratic employer pressure and intimidation).

Let’s be clear, this amendment serves one basic function – it makes it harder for workers to exercise their Charter right to join a union. The PC government, with the unanimous support of the Liberal caucus, capitulated to the interests of the immense business lobby, took a page out of the Harper government’s handbook on workers’ rights, and double-crossed the Newfoundland and Labrador Federation of Labour and their members (who were given no indication the Act might be amended, and no opportunity for consultation or to discuss the issue in advance of Monday’s tabling of the Bill).

A double standard on labour standards

What is particularly galling is the so-called concern for “the workers” expressed by the labour minister and his good friends from the Employers’ Council (the organization that lobbies against decent minimum wages, improvements to employment standards and for easy access to cheap and dependent labour from foreign countries). Actually, they are the same folks who argue against pretty much everything that is of benefit to workers and their families. They represent the bosses.

If they are so concerned about the welfare of workers, why not consult with low-wage workers about an increase in the minimum wage? Oh right, they did that during a recent minimum wage review and then sided with the employers – against a decent increase – despite all the evidence of the benefits it would provide. Again: quite telling.

You’d swear there was a provincial election in the not too distant future. Oh wait – there is. And a little-known businessman will be acclaimed as leader of the PC Party next month, becoming the Premier of Newfoundland and Labrador without ever receiving one vote. And this is the PC’s version of democracy.

The labour movement understands the value of unions to workers and to society. No nation on the planet has achieved shared prosperity without strong trade unions and collective bargaining coverage. Workers have a right to a union. The Canadian Charter of Rights and Freedoms confirms this. Even Pope Francis has recognized the importance of unions for workers. In his words: “Trade unions have been an essential force for social change without which a semblance of a decent and humane society is impossible under capitalism.”

The labour movement in Newfoundland and Labrador through the Federation of Labour will continue to vehemently oppose anti-worker legislation and other anti-worker laws. We will continue to do whatever it takes to defend worker and union rights, and expose the current government and the Liberal opposition for their anti-worker positions. We will bring union leaders and activists together for the sole purpose of organizing to defeat the provincial government in the upcoming election. We will not back down, nor will we ever forget – not now, not tomorrow – not ever.

Province-wide day of action Saturday to call for ban on Agent White
Events will be held in Happy Valley-Goose Bay, St. John's and Stephenville to share concerns over the provincial government's continued use of the herbicide Agent… 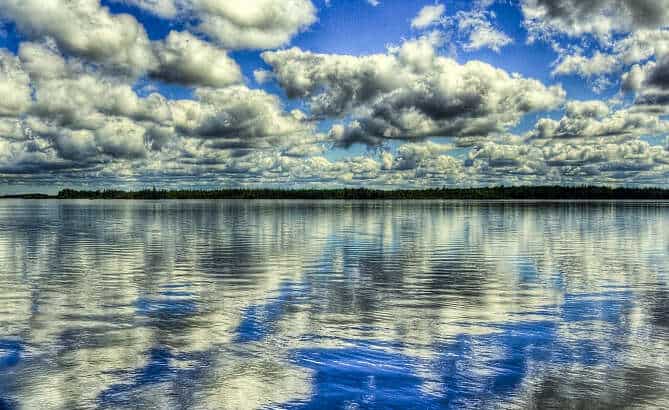