Unions: The folks who brought you the weekend – and so much more!

The first Monday of September marks the last weekend of the summer, a time for some to close up the cabin, get the children ready for back-to-school, or get in that last family BBQ of the summer.

The first Monday of September is also Canada’s labour day weekend – and across the country, unions organize events which highlight labour’s past achievements, and celebrate our solidarity. What had begun with unions standing up for fairness so long ago, has brought us to this day for everyone to enjoy.

Labour Day became an official statutory holiday in 1894. Twenty-two years earlier, workers took to the streets in solidarity with printers in Toronto who were on strike for a 9-hour day. They soon realized their power when they united as one in a common cause. Even the American labour movement was impressed, and one of the co-founders of the American Federation of Labour, Peter J. McGuire, brought this observation back from the Toronto Labour Day festivities. He reported: “No festival of martial glory or warrior’s renown is this; no pageant pomp of war-like conquest, no glory of fratricidal strife attend this day. It is dedicated to peace, civilization and the triumphs of industry. It is a demonstration of fraternity and the harbinger of a better age—a more chivalrous time, when labor shall be best honored and well rewarded.”

Today, we continue to celebrate the realization that when unions stand up for fairness, everyone benefits.

No victory without struggle

Any labour activist will attest that no victory for workers—past or present, union or not—was ever won without a struggle.

We believe in the principles of social unionism — that unions are an instrument to lobby for reform for all workers, and that direct political action is a necessary part of the work of the labour movement.

We have gained much from our struggles and political action. Not just the 40-hour work week, but decent wages and benefits, working conditions, pensions, paid vacation, health and safety laws, maternity and parental leave. Programs and laws like unemployment insurance, medicare, Canada Pension Program (CPP), employment standards, minimum wage laws, employment and pay equity, collective bargaining rights, same sex rights, and human rights laws were won when workers—through their unions—spoke out for those who have no voice.

Union members in this country can truly celebrate our “union advantage”!

Recently the Canadian Labour Congress (CLC) looked at economic data from across the country and found that decent, middle class, family-supporting wages translate into vibrant communities.

According to their research, towns and cities with more union members support a richer mix of businesses and services which benefit everyone. They are better places to live and work because of unions.

Nationally, on average unionized workers in Canada earned $5.17 an hour more last year than non-unionized workers. That translates into an additional $823.3 million every week into the pockets of 4.69 million working people. Working people who spend that money in their communities and in local businesses. They contribute to the tax base at all levels which in turn supports public services, public works, and community services and charities.

The CLC’s research further shows that belonging to a union is especially important for women and young workers.

So, on Labour Day, we celebrate! Our solidarity has made life better for Canadian working families.

We also take a collective deep breath in preparation for the challenges that undoubtedly lie ahead.

If we want a healthy middle class, then the unions who helped to create it need to be strong, and ever vigilant. We know that unions are the only institutions that stand between workers and those who want to weaken us.

We are reminded time and time again—as we were with the recent changes to Newfoundland and Labrador’s “Labour Relations Act”—just how fragile workers’ gains really are. In less than a week, labour legislation that had been openly negotiated and agreed to was dramatically overhauled without any consultation, in response to extensive lobbying by employers.

This is why we must be ever vigilant about any of our negotiated gains.

We know that rights are never given – never! They are taken through struggle, resistance, solidarity and courage.

We know that unions are the single most important counterbalance to corporate power and to ensuring the wealth from our economy gets shared, rather than hoarded by one per cent of the population.

Unions are under attack

Today, we are seeing governments and employers using tactics that set a tone for a new way of collective bargaining — one that shifts the balance away from workers.

Here in Newfoundland and Labrador, we are seeing a more mean-spirited government these days that seems to kowtow to the employers and big multinational corporations more than to its own citizens.

The power of our movement and the legitimacy of our cause are being challenged like never before in our history, particularly under the Harper government. The Conservative plan involves taking away the voices of those who advocate on behalf of others, hiding the truth, distorting their real agenda, weakening unions, cutting the public sector and public services, and putting more money into the hands of the multinational corporations and financiers.

The Conservatives’ plan is a strategic one designed to erode our democracy, and we have no choice: we have to fight to preserve that democracy as hard as we can.

Unions find themselves mobilizing for the fight of their lives to hold on to what they have fought for over more than 100 years.

We need to be very clear: If governments are taking away our rights, then it will be at their peril!

It will be at the peril of the corporations and their lackeys, which are all heartened and encouraged by these right-wing governments.

So, on Labour Day, our labour movement recommits to joining with our like-minded partners in our communities, and having conversations within our memberships and with the public about those issues that matter to us. We will talk about our alternatives for achieving a strong economy, and a world where everyone gets a share of the wealth that we create every single day.

J.S Woodsworth, one of Canada’s labour and political leaders of the early 20th century, recognized the necessary balance of celebration, and recommitment.

“We are thankful for these and all the good things of life. We recognize that they are a part of our common heritage and come to us through the efforts of our brothers and sisters the world over. What we desire for ourselves, we wish for all. To this end, may we take our share in the world’s work and the world’s struggles.

On Labour Day we honour all workers in our province, for without their toil not a single penny would be made. We pay tribute to our 65,000 unionized sisters and brothers of the Newfoundland and Labrador Federation of Labour who work and live in every single community in our vast province.

We remember past labour leaders who paved the way by demanding that workers have the right to join a union and bargain a Collective Agreement.

We pledge to do whatever we can to protect our gains so that our children and their children can enjoy a decent standard of living.

What better way to celebrate our day! 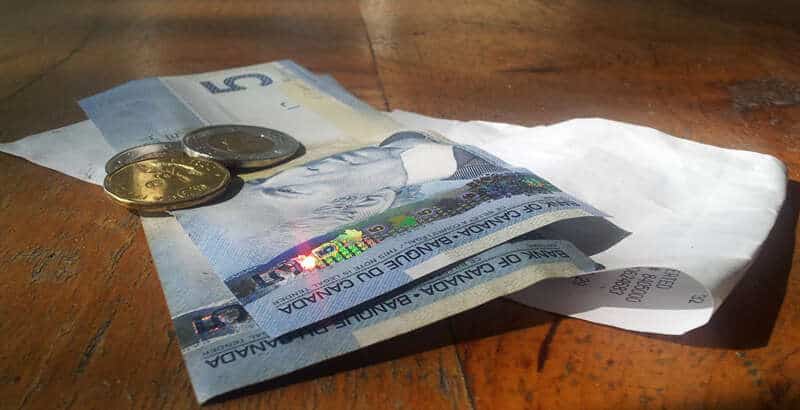 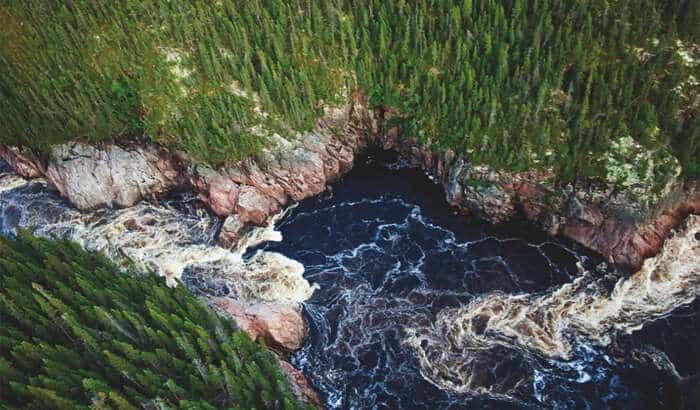 Our Maritime cousins get it right on conservation
Meanwhile, our own public discussion remains either muted or desperate