All that’s old is new again

Why make New Year’s resolutions, when it just means carrying the worst of your baggage with you into the new year?

It’s a new year, and dammit this one is going to be better than the last.

Now’s our collective chance to hit reset, to right the wrongs, and to launch ourselves into the brightly lit future that awaits us.

When I came back to work after the winter break, I was really excited to see my friends again. As we chatted about the holidays and exchanged stories of who comes from the sleepiest town, or who has the most poorly behaved drunken family member, talk inevitably turned to hopes for the new year.

The trouble was, no one felt particularly rejuvenated. Feeling jet-lagged and depressed about being away from family again made us a little less than eager to jump on a treadmill to attack those Christmas pounds.

Like me, most of my friends are English teachers. We’re used to living in different countries around the world. But it doesn’t make it any easier to say good-bye when we leave family behind. In fact, there was a considerable amount of eye-rolling when someone brought up the idea of New Year’s Resolutions.

Who could be arsed to deal with such an annoyance when already feeling so blue, broke, and bloated? And honestly, is there any point in trying to change our futures when most of us devote a significant amount of energy to dragging our pasts around?

Personally, I’ve never been very good at keeping any sort of grand promise to myself, New Year’s resolution or otherwise. I tend to talk myself out of things, or conversely, I’ll obsess over a new interest for a while, do nothing except that one thing until I get sick of it, and then never look at it again. I know myself well enough to rely more on forming habits than setting grand expectations, tempting though it may be. But I would absolutely let myself down otherwise.

I also don’t like the idea of dragging my terrible ideas from last year into the new one, even if it’s by way of trying to improve on them. I feel like I can’t let go of my mistakes if I keep re-living them by referring back to them when I have to remind myself to keep a resolution.

The idea of hitting reset at the beginning of a new year seems incongruous with how I feel about approaching life throughout the rest of the year. I am a collection of everything that happened in 2014, nailed on top of the foundations built up from years before. Sure, some of the rooms are drafty, but some of them have priceless art on the walls. I don’t want to get rid of that. And I’m not sure I should.

Reflecting back on the year that was, and then making promises to change for the better, tends to be how many of us go forth into the future. There are, however, quite a few groups of people who drag their (sometimes very distant) pasts through each subsequent year. They don’t seem very keen on letting go anytime soon, either.

Perhaps the most amazing are the cultural phenomena that have lasted so long that it’s just become part of cultural construction. One example of this that I’ve come across in my travels is something Korean people call han. A close friend of mine explained it to me as a kind of suffering that she and all of her fellow Koreans share.

It wasn’t a specific hurt, she told me — it was more a feeling for the injustices her ancestors had suffered at the hands of invading countries. It was centuries of being attacked and suppressed and having all this fear, anger, and sadness but nowhere to put it. Apparently, it’s still recognized as part of the culture of being Korean. I feel like that’s a weight to carry with you as you go on in life, passing through each year and making promises to better your existence.

Could it be too hard for most people to do a 180 each January?

Most of the year, we look to past experience to make sense of a new situation. We’re supposedly creatures of habit, and feel more comfortable doing the same old same old, rather than breaking previous molds.

Perhaps we can take something from the Graeco-Romans. The name January comes from the Greek god Janus, a two-headed creature. One face looks back on the past, while the other looks forward into the future. He’s also the god of transitions and change. I suppose that’s generally what we’re after when we make promises to ourselves on the first of January. We look back on the old year and think about how that can be bettered. We use the mistakes of 2014 to make promises for 2015, hoping that this year we’ll be more successful as individuals.

On top of the mourning for people having died was the frustration of feeling like we, as a civilization, were going backwards rather than forwards.

What if we had to make resolutions to our communities? What if, like the Babylonians, we too had to pay back debts and return objects we had taken during the year? What debt would I have to pay off as a Newfoundlander? Besides the actual student debt I owe for having gotten a degree (which I will never pay off at this rate), do I owe society something?

In the wake of the recent tragedy in Paris, I felt really sad. At first I wasn’t sure why I felt so sad, aside from it always being a sad situation when humans kill each other. But to be honest, I think it was because it was so disappointing to see humanity go through the same motions as yesteryear. On top of the mourning for people having died was the frustration of feeling like we, as a civilization, were going backwards rather than forwards.

Well, in my small corner of the world (otherwise known as my living room) I can’t right the wrongs of others. So I resolve to do this instead: I’ll aim to be two-headed this year, like Janus. With one face watching my past, and one watching my future, there’s sure to be improvement in there somewhere, even if it is the same old tune. 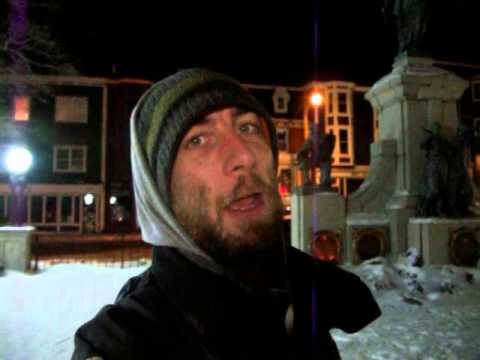 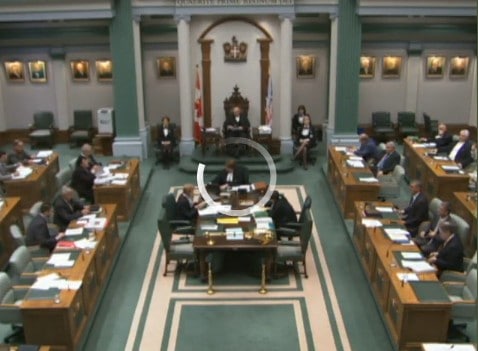 Right-sizing the House of Assembly
A debate has erupted over how many seats should be elected to our legislature. What does a comparison with national trends tell us about the…