As Canadian as I can be

What makes a national stereotype? And if we don’t live up to them, how can we expect others to?

So…what’s going on in Canada?

The other day I was chatting with a co-worker who used to live in Canada a few years back. I believe the exact words she used to open the discussion were precisely those: “What’s going on in Canada?!?!” I’m sure in past articles I’ve alluded to how bizarre it feels to be a representative for one’s country while living abroad. Never mind having to explain that my feelings about being “Canadian” are quite conflicted at best; even if I were completely comfortable with that title, I’m not sure I would want to speak for anyone else.

That being said, what is going on over there? I feel like every time I read news from back home lately, there’s another scandal or shocking act of violence splashed across the main page. Are we deteriorating as a society, or is it just a growing awareness of problems that have always existed?

When someone does something that you find offensive in a foreign country, it’s easy to blame their actions on their “foreign-ness”. When living abroad, it’s a quick way of organising how you see the world into neat little behavioral boxes. X does things like this because X’s country is backward/uncivilized/weird and if they did things the way I was used to, life would be better. This is a terribly comforting thing to think when you are frustrated beyond all reason, perhaps because you’ve had to sit in that government office for a fifth time, trying to get your electricity turned on. But is the entire society to blame, or is it just the failings of one employee? I have endless stories of frustration that stem from waiting in offices for civil servants to complete various forms I need in order to work in the countries where I live. After being sent on what feels like a wild goose chase around the office, my brain starts leaning toward sentences that start with, “In my country this wouldn’t happen because…”

But the fact of the matter is, I have no idea what happens in my country. I’ve never had to do this kind of paperwork in my own country. And is it even possible to collect everyone’s actions under a country-specific way of doing things? Does any group of countryfolk work that homogenously? Maybe. But maybe we are no better as individuals than the sum of our worse traits.

Recently there were two news stories that involved shootings and violence that seemed uncharacteristic of Canada. On a more localized scale, there have been some tales of violence coming out of Newfoundland lately that also strike me as atypical of the society I once lived in. As I asked before, is this just better reporting in an age where information is more easily accessible, or is this an indication of something else?

Who can say with any authority what it is?

I suppose the only way to digest confusing events is to appreciate how complicated they are, and that perhaps we can’t always organize information or events from home into a neat box labelled “identity” in our heads. An incredibly cynical part of me doesn’t have much faith in the individual person. A part of me believes that there is nothing driving an individual other than their surroundings. When surroundings are bleak, and times are tough, and existence is brutish…then what does the individual become? I am me because of my learned behaviour. I feel like scolding people when they don’t line up properly while waiting for something. Had lining-up not featured so predominantly in my childhood, chances are I wouldn’t take it upon myself to start doing that later in life.

It’s a pretty glib example of human behaviour, but I think it’s a reflection of how I feel about individuals at their core. I teach adults several times a week, and have a turnover of students every six weeks. Working on this type of schedule means coming into contact with groups of people frequently. For some reason, I get yelled at more on this job than I have on others. I can count on one hand how many fully-grown adults have yelled at me in a classroom, but it stands out because the total number of times that happened to me on other jobs was zero.

So, how do I make sense of this behavior? Well, I can’t blame it on anything associated with any one country, considering that each of the students in question are from completely different corners of the globe. I can, however, blame such behaviour on the belief that humans are as shitty as others allow them to be. If pot-bellied-balding-moustachioed Student #1 throws a tantrum, calls me names and stomps out of my classroom, then I’m willing to bet that kind of behaviour gets results at work or at home. If botoxed-sunglasses-wearing-indoors Student #2 yells at me and other students in the room before sighing and making snide comments whenever anyone in the class speaks for the rest of the class, then she is most likely used to that sort of thing working in her favor somewhere else.

I don’t think I am my country. I barely identify as Canadian as it is. I certainly don’t identify with the headlines I see of bloodshed, sexual violence, or gleaning profit from environmental ruin. I don’t know how to identify with a society sometimes. I don’t live in Newfoundland anymore, so I feel rather removed from many aspects of life there. And while I physically take up a life in other countries around the world, I never feel like I fit into society as a whole there either.

As a Canadian abroad, I can’t explain the actions of people who share the same passport as me. There are large parts of my country that I’ve never seen, so how could I possibly speak for it? But I’ve been labelled as such and shipped off into the world, so I suppose I’ll apologize a little more, patiently wait my turn in lines, eat a roast on Sunday, and sigh when the Leafs lose another game.

Because I’m the Canadian in the room and I’ve got some explaining to do. 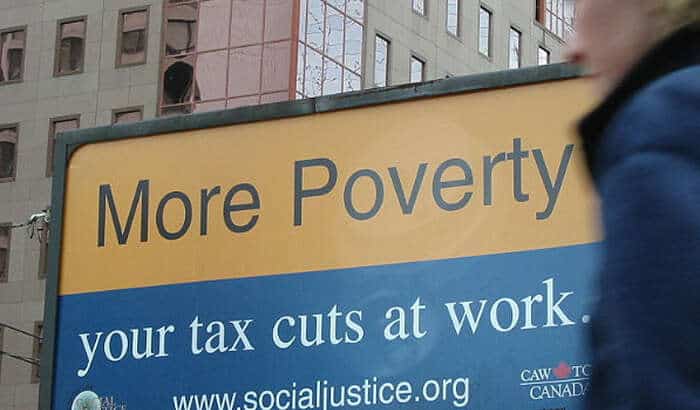 Living in the Tory bubble
It's time to put an end to conservative ideology in Canadian politics, which has been stoking the fires and serving the rich 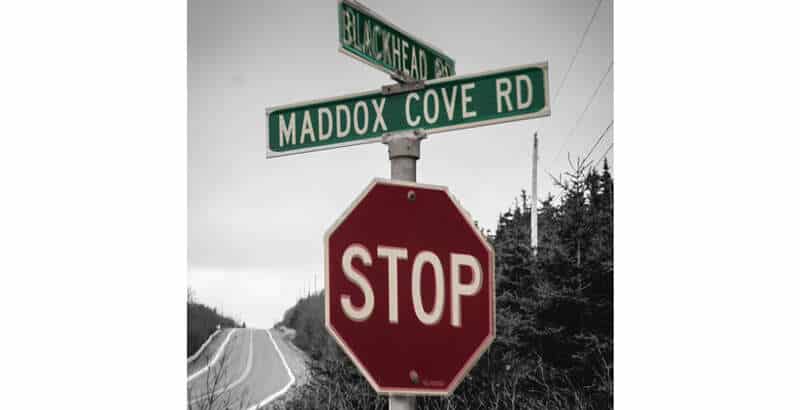