I had kissed my fair share of wart-covered, toothless frogs. So when an adorable Newfoundlander with a beaming smile, all his teeth, iridescent blue eyes, beach-boy-blonde hair and a khaki green Canadian Forces Army uniform (I have a thing for uniforms) stepped on my foot at an undisclosed location, I swooned. That was 1986.

By 2001, Beach Boy was out of the military. We had two kids, a 15-pound rabbit and not much else. The apartment we shared in southern Ontario was no bigger than a shoebox. Beach Boy worked for The Man and we were firmly stuck on the hamster wheel of life.

When he asked if I wanted to move to his native land, an island in the middle of the North Atlantic where crime was low and kids could be kids, I responded: “And leave all this?” (insert sarcastic sweeping motion of arms).

“This” was icky yellow-grey pollution, chronic chest infections, a nuclear power plant in my backyard, a hostage taking at my kid’s school (no kidding) and a high crime rate. Tough call, but I chose the island 4,928 km away. My only condition was employment. He had to have a job before we got there.

A better life – at least for the kids

Two gainfully employed years later in St. John’s, Beach Boy was still working for The Man, albeit a different Man. I worked part time and bought most of the kids’ clothes in second-hand stores. We purchased no-name groceries whenever we could and five bucks discovered at the bottom of a coat pocket was a small fortune.

Life really hadn’t changed much except the kids were safer, the chest infections were gone, there was no nuclear plant in my backyard and our rented house was cheaper than our apartment in southern Ontario. We had no savings account and lived paycheque to paycheque. But life was better, if only for the kids.

My spouse of 17 years had lost the use of his brain and was babbling jibberish before my eyes.

On an otherwise unremarkable day, Beach Boy came home after work, like he always did, hung up his coat, and announced he’d had “an epiphany.”

I’m always nervous when this happens. Epiphanies are those proverbial moments of “uh-huh.” Great changes can come from nano-seconds of cloud-clearing thoughts. I wasn’t sure what I was witnessing.

I responded with a cautious yet enthusiastic, “Oh?”

“Yup. It occurred to me I could do the job I’m doing and do it better, if I did it for myself.”

The seed of an entrepreneur

There it was, laid out for me like a Christmas goose in the middle of a family gathering, gizzards and all. My spouse of 17 years had lost the use of his brain and was babbling jibberish before my eyes. His lips were moving but I wasn’t there.

“Aren’t you happy with what you’re doing?” I stammered.

“Oh sure,” he enthused, oblivious to my slow reaction. “Just think: I could take everything I learned from the military and my other jobs, combine it and come up with a kick-ass service no one else is doing. I can do this!”

And there it was. The seed of an entrepreneur. Planted firmly in the soft grey tissue of his brain, the one I earlier claimed was non-existent. I knew from experience once Beach Boy said something, it was just a matter of time before it happened.

And what odds? In for a penny, in for a pound. I had already followed him to the end of the earth. There wasn’t much else I could do.

I knew, in agreeing, that we were both willing to do whatever it took to make ends meet. We had a family to support. We had to try. And if we failed, then we failed, and learned from the experience.

But what if we were successful, Then what?

The curiosity was killing me.

Burning with curiosity, she ran across the field after it, and fortunately was just in time to see it pop down a large rabbit-hole under the hedge.

In another moment down went Alice after it, never once considering how in the world she was to get out again. 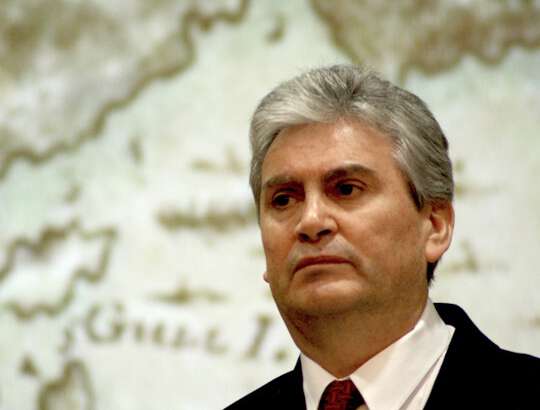 ‘We want meaningful dialogue with the province’
NunatuKavut Community Council explains its stand against Lower Churchill hearings at a media briefing in St. John’s.