A Time to Remember and Stand

Remembering The Waterford, those we have lost, and the tired explanations of the past.

Roughly two months have passed since the provincial government nonchalantly announced they would not be making good on their decade old promise to replace the decrepit, obsolete, stigmatizing relic called the Waterford Hospital.

We have never been given anything approaching a comprehensive reason why. The best we have heard from them is that the Waterford is “infrastructure” and they simply cannot invest in “infrastructure” at the moment for some arcane reason tied to something to do with the price of oil and their current economic position, which has never been comprehensively described to us. We are told things are fine, but we are told simultaneously the entire social development package of their government, the penitentiary, the courthouse, the west coast hospital, and the Waterford, must simply be paused… perhaps for a decade. Everything they have promised for over ten years has been cast aside with absolutely no explanation whatsoever, credible or otherwise.

Yes, we were told that with a straight face.

Too many of us have accepted this “explanation” as an understandable reality without even bothering to ask why it is that the government of the most significant growth economy in Eastern Canada cannot even find the basic funds necessary to commence the project in modular fashion. It is, after all, a multi-year effort. The project as presented to us never required every dollar and cent be placed before some unknown entity up front. No. The government has decided it will simply do nothing. Absolutely nothing. In an election year. They have apparently elected to simply lie down and bleed to death, their support slipping with each passing week. The trailers were on the site. Work was ready to commence. Yet… nothing has been done.

What could possibly be the political reasoning behind this?

One possibility is that the government is not a rational actor. It could very well be that the structure is, essentially, inept and out of control. It could be that they have completely exhausted their entire talent pool and currently have no clue whatsoever on what to do. It has, after all, looked like that in the recent past. Most of the province still cannot comprehend even the vague outlines of the policy of the administration of Premier Dunderdale. At one point she was presented as Margaret Thatcher in an attempt to humanize her. To Newfoundlanders. Decades after the departure of Thatcher. Sadly for them, within weeks of this inept and bizarre effort the actual Margaret Thatcher died provoking waves of celebration throughout the United Kingdom.

This decision is perhaps the best evidence that particular administration was not a rational actor. How else can one explain wiping the cobwebs off a woman who openly condescended to our entire country as colonial upstarts while alienating the bulk of her own people? It remains one of the most bizarre moves ever witnessed in provincial politics.

This administration appears to have some semblance of rationality about it though, so I will give them basic credit and hold off on the assumption they are completely incapable of reason. I say that non-facetiously. I have detected what appears to be a sincere desire to deal with the issue of mental health and the Waterford hospital amongst those in the highest positions of relevance.

So, if sheer irrationality isn’t the issue, what else could be going on?

The second possibility is that they have completely destroyed our economy in ways we cannot yet even grasp and are now so terrified and financially overleveraged they cannot move an inch. This is also, sadly, possible. They may currently be fully in the palm of various accountants and economists who are describing various ominous things to them they cannot individually comprehend due to absence of skill and expertise.

Recall the gusto with which the Dunderdale and Williams administrations violently shoved Muskrat Falls development through, casting the Public Utilities Board aside, scoffing at all debate, acting in a fashion so imperious Smallwood would admire them greatly. He too was a master at destroying economies through quasi-religious worship of ideologies developed for places radically different from Newfoundland and Labrador. He was a master of overreacting to mild nuisances and, most of all, concluding the average Newfoundlander and Labradorian was too stupid to even dimly grasp the brilliance of his grand designs to turn Newfoundland into the rubber boot production master of the East. Recall, it was Smallwood who ushered in the Churchill Falls debacle. The thing that appeared to fuel the zealotry around Muskrat Falls in this latest group of “populists”.

It is a funny thing, but it does seem a common aspect of human existence that one bad decision tends to lead to another.

So, maybe that’s it. Maybe they have destroyed our economy. Maybe things are much, much worse than they are letting on. Who knows? They certainly aren’t explaining very much. Instead, they have shut down their entire social development plan with no meaningful explanation leaving us all to wonder why. Assessed rationally, one has to face the hard facts that they may very well have ruined everything in ways that even they cannot quite yet figure out.

Perhaps I am an optimist, but I don’t think that’s quite it either.

The third possibility is both rational and moderate. It allows for the government to be a thinking, calculating creature, while simultaneously not assuming the entire economy has been crushed in ways we have yet to find out.

What is that possibility?

It is quite simple. The government may have elected to act on none of its promised projects to avoid creating the impression they were favouring one group over the other. It could have been a rational decision predicated on the notion that complete inaction would diffuse the capacity of the aggrieved populace to point fingers and demand explanation. It would be a “safe” move undertaken by a group of men in an unstable relationship with each other in an unstable environment. It could all be a “better to do nothing” mentality borne of an absence of comprehension of the key socio-political issue facing the province.

This, in my view, is very likely what has happened.

A terrible miscalculation and the necessary response

They have made a terrible mistake. The moment is not going to pass. The mental health community is no longer a “group”. It is the population of Newfoundland and Labrador.

The government has failed to grasp the enormity of the significance of mental health issues in Newfoundland and Labrador. They have elected to test the mental health community, perhaps without even comprehending this is what they were doing.

I now seek to assist them with their absence of comprehension.

We have waited two months for some sort of action. We have made our position clear respecting the Waterford hospital. Nothing overt has occurred. A flurry of motion has undoubtedly been inspired within, but, as of yet, no overt movement has occurred. Such movement must occur.

On Monday, June 29, 2015, at 7 PM, at the amphitheatre in Bowring Park, the Community Coalition For Mental Health and allies will gather and recognize the well over a century of misery and horror that has occurred in the Waterford Hospital. We will recognize the souls who have lived and died within its walls. We will recognize the thousands of Newfoundlanders and Labradorians who have died by suicide over the years. We will recognize the inherent validity of their humanity. We will bring to life the monument to the dead that was promised us and which now has been cast aside as if it is a culvert or a stretch of pavement. We will show that the Waterford Hospital is not a piece of infrastructure. It is a home. It is a tomb. It is a monument to humankind’s inhumanity to its peers. It is the living embodiment of the road to hell being paved with good intentions.

We call on all who care to come, be with us, and face this issue with us — together.

We will call on the government to demonstrate:

Our current expenditure in the realm of mental health is between 5 and 6 per cent of health care dollars. Peers of ours in the rest of Canada have already moved to 7 to 8 per cent. The Mental Health Commission of Canada is stating 8 per cent is the minimum goal while endorsing nations such as New Zealand which have gone as high as 10 percent. Yet we lag at 5 to 6 per cent for reasons unknown. The entire western world is moving into the light, and we, an apparently economically significant piece of territory are being asked to accept the standards of the past with no coherent explanation whatsoever.

We will do whatever it takes to ensure this message is made as loudly and clearly as possible. The band aid era is over.

There is no moral justification for embracing the cynicism of the past that focused on isolated “champions” developing “creative solutions” to permit the government of the day to shirk its basic governmental and humanitarian responsibilities. It was such a creative solution that led to the first residents of the Waterford Hospital digging the ditches to bring water to the building like slaves. This is the mentality of a people recovering from years of abuse and neglect. It is sadly understandable, but not wise. It is foolishly self-limiting. It is the approach of a beaten animal, one all too often prone to turn on its peers out of sheer internalized self-loathing.

That is the past. The Newfoundland and Labrador of 2015 is deeply tired of this. We require modern health care. We require respect. We will maintain unity and we will stand together. We no longer loathe ourselves. We are a new generation. We will do whatever it takes to ensure this message is made as loudly and clearly as possible. The band aid era is over.

We require parity with our peers in the rest of Canada for we are as human as they. We will have it.

We respectfully request your presence and support for an evening of speech, music, and solemn remembrance. Monday. 7 p.m. The Amphitheatre in Bowring Park.

Stand with us and remember. 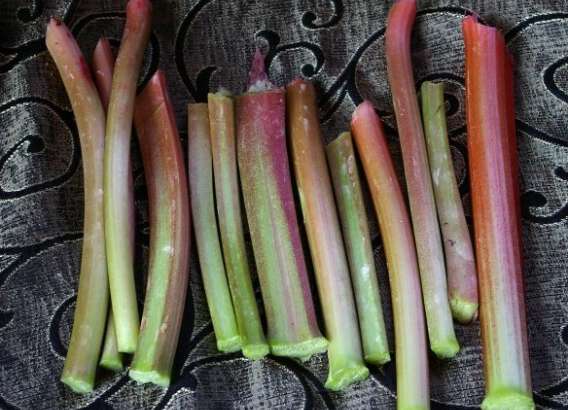 Rhubarb: more than meets the pie
Used for making medicine, wines and liqueurs, insecticide and art, there’s much more to this vegetable that many of us ever knew. 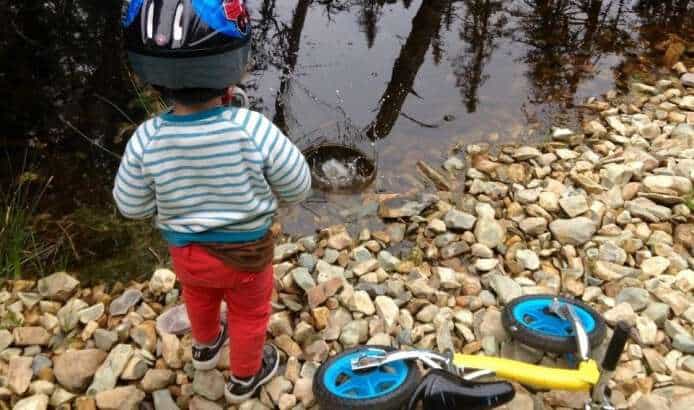 Surviving summer
Summer is beautiful, wonderful, exciting...and a challenge if you have kids.