The trouble with expectations

I’m partial to the Little Drummer Boy. It makes me cry sometimes, usually right around the point where the singer declares “I am a poor boy too.” I’m a Christian, though perhaps not of the sort commonly conceived. I’m a person who finds great worth in the content of the story of Jesus. I see a man who stood up against what was wrong in his time and was killed for it, yet inspires multitudes to keep hope alive. I see a poor boy from so long ago whose deeds echo through time, rippling endlessly. I don’t care for magic. I care for the story.

I think about that continuously at Christmas. I also think about all the other “poor boys” playing their drums the world over. I think about how many of them will hurt this Christmas due to the curse of expectations.

It is deeply sad that a holiday intended to honour the ultimate non-conformist is, for some, an exercise in ritual conformity of extreme potency.

It will happen this holiday all over our island. People who experience the world differently will be caught in a web of self-loathing born of misunderstanding themselves and the judgement of their peers. Escalations will occur. Alcohol will be a factor. Misery will ensue. It will all be senseless.
Undoubtedly, it will happen in homes with The Little Drummer Boy playing in the background. No one will notice.

Why does this happen?

When expectations are raised to the level of being the point of all things, and when they are failed to be met, misery results. This force will ruin many a Christmas this year. We all know this force. We have all been told by someone to “smile”. We have all been told to act and be a different way in the name of some greater collective moment. We all know what it is to be swept up in ritual conformity, laced through with expectations that can never be fully met.

That’s the trouble. When we raise conformity to the level of virtue, we endorse expectations as virtues. Failure to meet expectations results in sanction of some sort, either self-imposed or foisted on us from the outside. Yet we plow on, confident in the belief that if we keep pounding on what is expected then someday what is expected will become what always is. We trudge on as if there is some victory lane waiting for us at the end of the road.

There isn’t. There will be no victory. It is not a game.

Christmas is a hard time of year for many of us. I personally find it extremely stressful. I can’t get through a Christmas holiday without declaring my hatred of it at least once. It feels incredibly coercive to me. I feel utterly trapped by it. I stress endlessly about how exactly I am supposed to convincingly act appreciative when I am given a gift. I stress endlessly about whether I have bought the right gift for others. All of this is driven by expectations.

Then he went home. Such a large crowd gathered again that Jesus and his disciples couldn’t even eat. When his family heard about it, they went to restrain him, because they kept saying, “He’s out of his mind!” The scribes who had come down from Jerusalem kept repeating, “He has Beelzebul,” and, “He drives out demons by the ruler of demons.”  – Matthew 12: 20-22

This time of year, there is always a mass of advice flying about on how people with mental illness can survive the holidays. It’s a tough time. It’s tough to find yourself a stranger in a strange land, feeling your way through the emotional minefield of “the most wonderful time of the year.” I could communicate that, but I thought it might be more helpful to give the non-mentally ill people in our world some advice on how they might survive the holidays, for we rise and fall together.

The person in your household who will not smile, or who seems inappropriately sad, or who can’t communicate with you, or who is on another planet, is a human being.

They are most likely the direct product of your entire family heritage. You have brought them into the world, to be as they are and to play their drum. That is what they are doing right now. They are playing their drum for Him just as you are. You may not understand their tune, but a tune it is. Listen to it. Don’t try to silence it or change it. Let them play their drum as they need to play it now. It is a gift. There is meaning in who they are and what they say. It may be very complex. They may not see it themselves. But it is there.

They need your love and support. They do not need several rounds of escalation over some piece of trivia that you feel is important enough to risk the entire holiday over. They need to be let alone and loved. Just for a little while. For Christmas if nothing else. They are who they are. Let them be.
It may not be easy to swallow or accept, but that’s reality. Christmas should not be a time of expectations and appearances. Christmas should be a time of acceptance. It so often is not. It so often devolves into a mass of silly expectations and disappointments. You are with them, and they with you. Neither of you is sleeping in an alley or shelter tonight.

Many people are, however.

They started on that path due to expectations that could not be met. They started out as a person who couldn’t learn to be. They’ve had their share of horrible Christmases. Don’t be a part of that process. Even better. Do something for those people.

As for those of us who deal with a mental health condition, I say this: You are who you are. If you are disappointed in who you are, ask yourself why. Is there some expectation you have failed to realize for yourself? Why is that expectation so important? Why hang on to it? Why try to force a square peg into a round hole? The time is short. Is it worth tearing yourself to pieces over?

Self-acceptance is the beginning. There is no healing without that.

No one is as disappointed in you as you are. Countless people have been there where you are now. People recover daily. There is a life ahead. You will still be you. Don’t forget you are hard to be around sometimes. Appreciate the people who care for you.

The moment you accept yourself will be the moment you begin to overcome the negative aspects of your condition. It will be the moment where you truly begin to recover. You do not have to be anyone else. I do not mean to make it seem simple. It is not. There are so many challenges. But, self-acceptance is the beginning. There is no healing without that. Seek professional help if you are in crisis. Watch what you drink. But know there is hope.

All we have to do, is keep playing our drums. 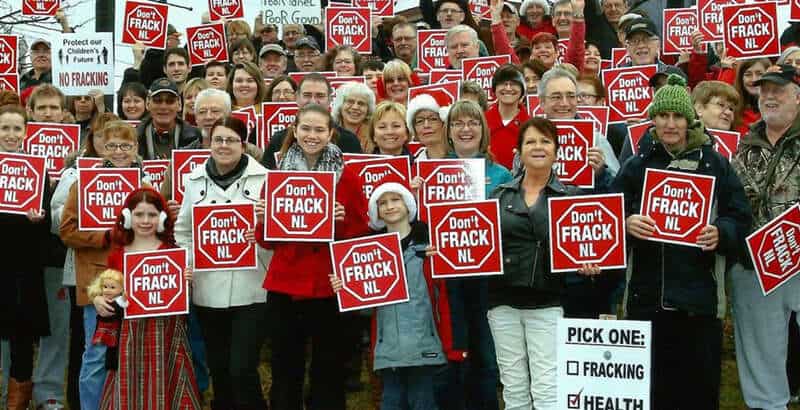 Fracking moratoria could cause “domino effect” in North America, including NL
Three major decisions this week to ban fracking in New York, New Brunswick and Quebec indicate what some say could be the beginning of the…

Destruction of Muskrat Falls shortsighted, irresponsible: Labrador elder
"We have to stop believing that the way to make a living is through mega projects."