I nearly wore out buttons on my computer by compulsively refreshing the VOCM results page when the last poll was being counted in the Virginia Waters by-election. Liberal candidate Cathy Bennett won the seat by 38 votes – a hair over the PCs’ Danny Breen and third-place NDP candidate Sheilagh O’Leary. Given the high hopes every party had for their candidate, as well as the timing of this election, it was an intense one to follow.

Thinking outside of partisanship, I found this election interesting for another reason: both Bennett and O’Leary have lost other elections recently, and lost their seats to male colleagues. Tale as old as time, right? I am not going to argue that this is bad, but I will totally argue that it’s very interesting, and worth raising an eyebrow over.

Cathy Bennett placed her previous bid within an otherwise all-male slate in the 2013 Liberal Leadership Convention. The votes worked in favour of the interim leader at the time, Dwight Ball. In the 2013 St. John’s municipal election, Sheilagh O’Leary lost to Dennis O’Keefe for Mayor, with Geoff Chaulk also in the race. It is worth noting that not one woman was elected in that election, and there were very few women who ran at all for St. John’s city council.

No disrespect towards those men that step forward, but the demographic odds work in all of their favour. The sexism that women politicians all over the world encounter is a strange mutation of sexism. On a surface level, there’s a lot of appearance-based discussion, continuous rape jokes, and cat calling (yeah, that happens). And at another level there are deeply-rooted systemic reasons for why women do not win as many elections, and why women tend to not consider running at all. Bennett and O’Leary were the only female candidates for their respective (losing) races in 2013. The good news is, they ran again when the opportunity presented itself: the Virginia Waters by-election.

More than one win

When it comes to women’s participation in politics and leadership settings, O’Leary and Bennett should both be celebrated regardless of the results in Virginia Waters, and regardless of political stripe. I don’t personally know either of these women, and to what degree they contemplate gender as being a factor in the campaigns they’ve run, but what I do know is that they are setting an important example for other women interested in leadership.

Sheilagh O’Leary and Cathy Bennett both have extensive experience relevant to the duties of public service. They both ran and lost in 2013. They both signed up for a chance to win the Virginia Waters by-election in 2014, and neither demonstrated any discouragement from the recent 2013 losses. It matters, because when an entire societal system is set up to separate women from this level of participation, their decision to run in and of itself sends such a great message: “We’re women interested in public service. We are not discouraged or intimidated by history. Hell, we might even change it.”

And I, for one, am fully confident that this is exactly what is going on.

Women represent 52 per cent of Canada’s population, and patriarchy dictates that there tends to be less room for women in all kinds of leadership roles. Organizations such as Equal Voice work on researching why this is so, and promote what may be done about it. Gender diversity matters in politics, because the construct of gender affects pretty much everything we do. Looking at patterns of gender and politics makes us that much more prepared to sort through whatever societal issues come up in Parliament, the House of Assembly, City Council Chambers, and even high school student councils.

Misogyny and sexism towards women politicians is real, because misogyny and sexism towards women in general is real. The difference is, most women don’t fight these battles publicly, or face grueling media coverage. But we must be careful! When a woman does not win a given election, it can be tempting to react with: “The odds were against her, after all.” And this could accidentally reinforce the idea that a woman need not waste time trying to win. It feels like there’s a very fine line between appreciating the unique struggles that women face when seeking leadership positions, and reproducing the underlying sexist expectations we have for women. Thankfully, people like Sheilagh O’Leary and Cathy Bennett decided to go against the grain, and take on campaigning work again to show us it can be done, and done well. But it does not equate to women needing to “prove themselves” in leadership and politics any more than their male counterparts.

I don’t know if they know this, but while Cathy Bennett won the seat in Virginia Waters, both she and O’Leary won against the oppressive systemic barriers that prevent women from entering political races. The way they dusted themselves off from 2013 election losses and sprang into action in recent weeks demonstrated some of the keenest focus on public service that this province has seen lately. And again, this speaks volumes to other women interested in the political arena – especially younger generations. I see this, I see women that came before Bennett and O’Leary, and I see the women elected across Canada and I assert: women are changing the gender bias in politics because it’s what voters ultimately want.

Thanks Sheilagh. Thanks Cathy. Your contributions to the Newfoundland and Labrador political landscape were immense even before last week’s election results were announced. 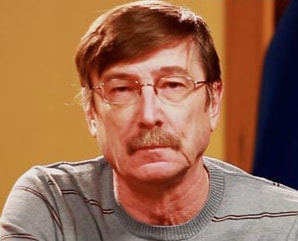 CBC journalist John Furlong dead at 63
A veteran journalist in Newfoundland and Labrador, Furlong succumbed to cancer just weeks after learning of his illness

Newfoundland for shale?
Fracking? It's a complicated issue, but one we need to try to understand.