The costs of hyper-masculinity

Adding them up, and then taking them away

My partner and I have joked that we are living the stereotypical dreams of our little boy and girl selves: as a little boy he played with Tonka trucks, and now he makes a living running cranes. As a little girl I played with dolls and now I happen to be employed in the field of child and youth care. As far as paying the bills goes, we are both lucky enough to genuinely enjoy our work. But to think that our skills and interests developed irrespective of our childhood impressions of gender would be naive.

Today gender is just as much about conformity as it is about individual expression. What qualifies as masculine and feminine is determined by social norms, and these can be very limiting in terms of how humans understand one another and get along. Social norms characterize masculinity as involving physical strength, power, dominance, independence and control. But when we look around at the boys and men in our lives that we love, we may use more than those words to describe them. In fact, we may not use those words at all. Loving, compassionate, empathetic, vulnerable, and kind are words that I can use to describe many men I know. And that’s because the men I know, like many other men, are first are foremost human beings.

Whether you identify as a man, or know some men, it’s not hard to find instances where masculinity is called into question. In fact, some of the most common things said to men that are intended as insults are words that feminize their character. It’s a fear-based idea that if you’re a man, one of the worst things you can be is anything like a woman. Aside from the obvious ways this shames women, it places unnecessary limits on men.

The sexist culture that has oppressed women for centuries and sparked feminist movements is the same sexist culture that comes with high costs for men. In addition to normalizing violence, men are at significantly higher risk for certain types of psychological stress, drug abuse and death by suicide. Thanks to the expectation for men to be in control, independent and strong, help-seeking behaviour (like talking) is extremely stigmatized, especially when it’s men seeking assistance from other men.

As anti-sexism educator Jackson Katz argues, sexism and violence are everybody issues, not just woman issues. Katz’s message is that it is in men’s best interests to challenge socially normalized definitions of masculinity, because it’s the type of liberating change needed to move forward. While it’s true that men account for the vast majority of convictions of violence against women, men also represent the majority of victims and convictions of all types of violence. The numbers demonstrate that men are at the greatest risk of learning that using violence is a legitimate component of their gender identity. As Katz explains, the importance of conforming to a hyper-masculine ideal is a message that men receive from all angles: family, friends, recreation, entertainment and even through their education.

Overwhelming as it may be, we can’t carry on pretending that these issues are not related to messed-up gender ideals. The stigma and pressure that men push through to feel whole can actually be debilitating. Even the federal government is participating in asserting hyper-masculine standards, as was discussed following the recent closures of Veteran’s Affairs offices that offer various types of front line assistance.

The evidence speaks for itself: as it stands today we already know that the military services are comprised mostly of men. We already know that men face a cultural stigma in seeking and accepting help for psychological challenges. We also already know that post-traumatic stress disorder (PTSD) is a part of the mission’s aftermath that veterans take home with them. So when thousands of veterans (a fairly gendered group) are being disproportionately affected by PTSD, the message of the federal government is not unlike the messages that Hollywood and MTV are throwing out there: help isn’t necessary, so suck it up and move on.

Boys growing up – and beyond – hyper-masculinity

This standard of hyper-masculinity-as-“real”-manliness is in desperate need of rejection. Rewarding the men in our lives for behaving in ways that intimidate, overpower, or demonstrate aggression is to nobody’s benefit. It teaches the little boys in our lives that their best chance at success is to be aggressive, overpowering and intimidating. The reality is that all children are capable of kindness, empathy, and vulnerability too, which are important for a happy, healthy, successful life. If we continue depriving little boys of opportunities to explore and develop those invaluable traits, we will create more generations plagued by violence, psychological stress and suicide.

The reality is that all children are capable of kindness, empathy, and vulnerability too, which are important for a happy, healthy, successful life.

Why not encourage play that allows children to explore as many potential interests and skills as possible? Instead of waiting for these children to learn how to “man up”, we ought to take every opportunity to teach them that gender identity is much more than assigned play with blue trucks versus pink dolls. When people reach beyond today’s norms, it actively makes a space for men to feel and experience more than what MTV and Hollywood – and even the Canadian government – suggest is okay.

When gender identity is put into boxes, good people are always left out, because multidimensional humans are not box-shaped. History has shown that categorizing people according to race, class, or gender has some pretty harsh consequences that take decades to process, and whether or not people can collectively heal from those consequences is a big question. When we draw lines around gender, and in this case around masculinity, we are shaming men for being something outside the socially approved definition of masculine. We are saying that their worth is determined by how effectively they perform their socially regulated gender, instead of the actual qualities that make them great people.

By taking a step back to observe how ideas of hyper-masculinity have been constructed, supporting each other according to the confines of the gender binary is the least attractive option. 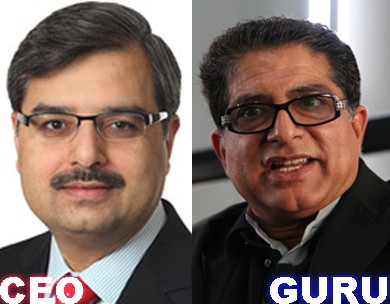 On a Moroccan Roll
How could a discovery beneath the seafloor of Atlantic Canada enable prospectors to locate oil in North Africa? It's all thanks to our old friend,…