Your shoulder might not be showing, but your ignorance is

A decade or so ago when I was in high school, one of my close friends was shamed by the staff of our school for wearing a sleeveless shirt. Teachers complained to school administration and she was told she had the option to go home and change her clothes, wear her jacket all day, or face disciplinary action. She was upset about this, and I remember several of our friends feeling disturbed. Our locker-side chatter revealed that as students, this dress code didn’t make us feel either less or more capable of learning. If anything, we felt less safe because our friend was so hyper sexualized, so policed, when all she wanted was to dress according to her comfort and the changing weather.

That’s why when I heard about what happened at Menihek High in Labrador City this week, I felt angry for what these students had to deal with. About 30 students were sent home for violating the dress code by wearing sleeveless shirts. It is a seasonal debate, and I struggle to understand why the people creating these dress codes aren’t catching onto their dysfunction. “They are just looking for attention”; “The bottom line is, rules are rules and those students broke them”; and “The kids need to learn how to dress for work,” are some of the dominant ideas in what has become a nation-wide debate, with this small Labrador high school as the latest example of petty controversy.

In the case of Menihek High, several students have told reporters that the rules are in place because bra straps are “distracting”. On CBC’s The National, district CEO Darrin Pike smoothly assured that the policy isn’t related to distracting young men or teachers at school. Since the dress code has been designed based on matters of opinion, it isn’t a surprise that students would be receiving mixed messages. Perhaps the adults responsible for this policy are just as confused as the students?

This kind of commentary defines how men and boys are perceived at school. If straight male sexuality is the reason why a student cannot have visible bra straps (because it’s “distracting”) then the men in question are reduced to being sexually or aggressively out of control. That’s not fair to those boys and men. Not only does it criminalize them, but they are in fact missing an opportunity to behave like normal well-adjusted adults in the presence of girls and women — bra straps and all. It’s also important to point out that when it comes to sexual assault, being fully clothed doesn’t make any difference to the rights of the victim. Sexual violence happens irrespective of the victim’s attire, and has more to do with a perpetrator’s attitude.

Policies like dress codes need to have an underlying rationale for their existence. For example, today it’s commonplace for schools and workplaces to have a “zero tolerance harassment” policy, because over the years we have learned that harassment is linked to poor morale, absenteeism, mental illness, violence and death by suicide. But what exactly is being regulated by instructing students to mind their sleeve length? Or the length of any garment? Some will say it’s for fear of self-objectifying teenage girls. But wouldn’t they be better guided by some proactive education on the matter? Others say it’s based on hygienic concerns because teenagers experience and adapt to puberty differently – some scented, some hairy, and nobody wants that all up in their grill. But why would anyone’s armpit be near another person’s face to begin with? In public schools, policies need to exist for a purpose other than the aesthetic preference of the powers that be. The question begging for an answer is, whose best interests are really being considered when it comes to student dress code policies and the reactive measures used to enforce them?

Although most teenagers would never admit it, there’s a good chance they look up to their teachers and school administrators. They will learn in school how to treat one another by seeing how adults treat one another, and also how adults treat the teens. It doesn’t matter whether or not the school intended it: the strongest message they sent to students by sending 30 home had more to do with interpersonal relationships than “how to follow rules”.

The action suggests that physical appearance is the strongest determining factor in how to treat another person – that socially isolating others based on appearance is totally acceptable behaviour.

The action suggests that physical appearance is the strongest determining factor in how to treat another person – that socially isolating others based on appearance is totally acceptable behaviour. It says that girls who have bra straps showing are less deserving of respect than those who don’t, and that as a high school kid, whether or not you deserve respect is related to how well versed you and your family may be on an outdated dress code. How does that fare in the new “anti-bullying” culture that today’s schools have committed to?

We all know someone who can’t resist gossip about how other people look. Or maybe you are that person. That means criticizing another person’s gender expression, clothing style, how they fit into their clothing choices and what can or cannot be seen – as if it’s anyone else’s business! On the one hand, getting dressed can be an incredibly social act for a person. But it isn’t for everyone, and it isn’t always. To assume that everyone gets dressed in the morning taking the rest of the world’s opinions into consideration is not only misguided, but completely ridiculous.

The glaringly obvious truth is that contemporary dress codes like the one at Menihek High are not working anymore. If anything, they are setting up students and educators to fail. There’s also a giant oversight in the fact that teenagers are a creative breed. It isn’t difficult for a student to follow the dress code to a tee, and still figure out a way to shock the heck out of staff. How’s that for a lesson?

Learning the mysterious ways of “the real world”

High school is a place for both learning and work. The curriculum is supposed to prepare students to participate in the economy by preparing them for work or post-secondary education. The Menihek High dress code is an example of a policy that doesn’t make sense. Students aren’t stupid. They know that in “the real world” people wear their swim suits in the summer to beat the heat, that workplace dress codes are privately designed to reflect the image of the organization as determined often by stakeholders of the organization, and that for some types of work (like cooking, or outdoor construction) issues like sleeve length is simply a matter of safety. In today’s economy, not every teenager is going to end up in a conservative corporate office, so why treat them as such?

Perhaps with some space and flexibility, high school teenagers would learn how to successfully gain and maintain employment according to their personal values – not someone else’s. They could learn how to think critically about their own choices, and to not be bothered over superficial expectations. Taking it a step further, maybe—just maybe—younger generations are more interested in workplaces where a person’s professional capabilities matters more than their wardrobe preferences. Maybe there’s a lesson for us to learn from them!

The wonderful thing about high school students is they are capable of following rules, and they are also capable of thinking critically about them. The young women from Menihek High School that have publicly commented on this incident have demonstrated an awareness of gendered bias in dress codes, and of how the dress code is neither designed nor enforced with student success in mind. They have shown us that there is a legitimate place for advice from students when it comes to school policy development, which Menihek High School might be well advised to take them up on.

By the way, I’m still fairly close to my high school friend who was selectively shamed for wearing a sleeveless shirt. She is now an extremely respected and successful business owner and continues to dress however she wants. 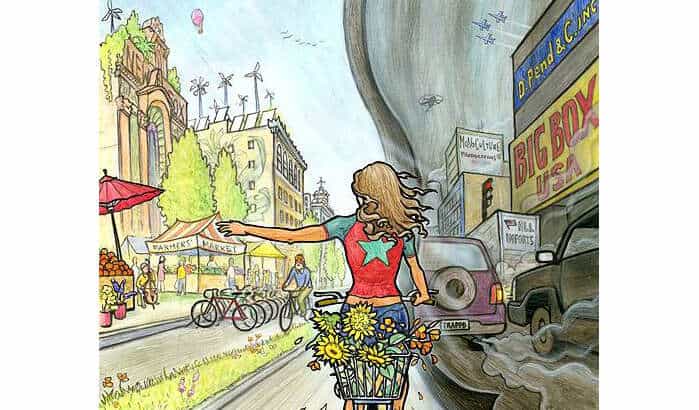 “When we can bicycle, bicycle”
Cycling is good for our health, the environment, the economy, and all the cool kids are doing it. So why the hold up in making… 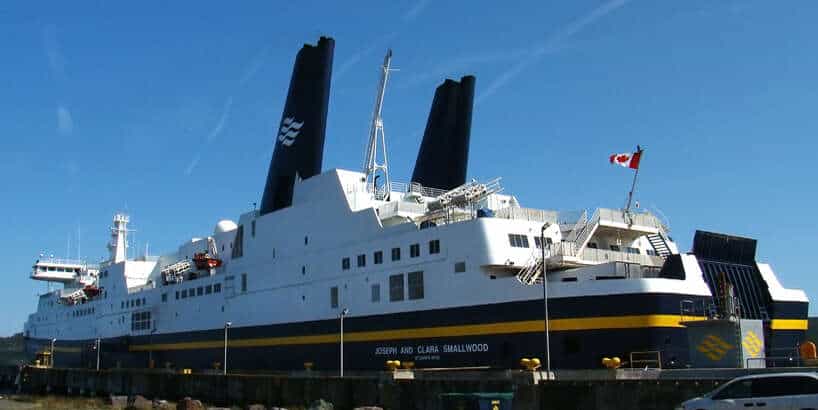 A ferry, ferry big problem
Cutting back on ferry services is bad, but only the tip of the iceberg. What we need is a cohesive provincial transportation strategy.