Life After Muskrat: What Have We Learned?

Will the Inquiry really do anything? That remains to be seen. The people of the province still have to deal with the reality of the Muskrat Falls project.

Heavy thoughts and feelings surround that phrase. I don’t remember my initial thoughts when I first heard of the project. But I do remember there being optimism from the politicians at the time who supported it. We, as a province, need to have a long-term, sustainable, environmentally-friendly option for electricity generation—though even whether Muskrat is truly “environmentally-friendly” is debatable. DarkNL demonstrated what could happen when the old oil generation plants are not able to meet electricity demand due to age, lack of maintenance, weather, poor planning, and so on.

As we get closer to Muskrat Falls finally coming online, years delayed and billions over budget, that optimism is long gone.

While I do remember some optimism, I also recall people speaking out against the project, or at least trying to ask questions and voice concerns. It seemed that the majority of them were shot down and practically vilified by the people who supported the project. The “experts” knew best and how dare you criticize this great project, it will do so much good for the province, we will be able to sell the excess power, be self-sustainable, and so on.

Reading news articles on the project, the politicians were quite supportive and positive at first, but if you flip through the years you can see where the message started changing. Yes, this is great and wonderful. Well yes, there are issues, but we are working through them and it will still be the best option for the province. Well yes, mistakes have been made, but it is still salvageable. Yes, it is a boondoggle, but we have too much invested. We have to get through it and figure out a way so that the people of the province will not have their electricity rates tripled, probably.

How Did This Happen?

We are now into phase 3 of the Muskrat Falls Inquiry. A truth—or at least some of it—is getting out there. We know more about how the decisions were made, about the decision makers themselves, and lots more that has been reported on already. Will the Inquiry really do anything? That remains to be seen. I am sure it will provide some narrative on what happened, though I do not think we will ever know the full story. The Inquiry may come out with recommendations for next time, what not to do, or some best practices to consider.

But ultimately, the Inquiry seems more of a cathartic exercise than a solution to the current situation. The people of the province still have to deal with the reality of the project. Will we be able to pay for it in a way that does not double or triple our electricity rates, not to mention what it could mean for industry, the cost of living generally and much more. Will people move away if they can? I myself have considered it. We can make our homes more energy efficient, but really, that will not help with paying down the project. It will only lead to increased electricity rates.

And then there are the politicians and government itself. How has the whole process made you feel? Personally, I am not entirely surprised with how things have developed. If we look back at our short history as a province, it is filled with big projects, some that have been at least somewhat beneficial (dare I include Come-by-Chance?), but others have been more of a disaster. Sprung Greenhouse, anyone?

I certainly never had complete faith in our politicians, but what little I had is definitely shook. How could they have brought us to this situation? Yes, we did elect them and therefore the voters have to take some of the blame. But one of the main things I have taken away from the Muskrat Falls Inquiry is that there was a great deal of secrecy and lack of transparency. Maybe government should also consider re-evaluating its record keeping methods.

While I do not consider myself a religious person, God help us if we continue to elect the same type of politicians.

How Should We Move Forward?

Throughout the last number of years in living with the development of the Muskrat Falls project, I have gone through the five stages of grief—Denial, Anger, Bargaining, Depression and Acceptance. Denial that the project will be as bad as they say it will. Anger with those who made the decisions and lead us down this path. Depression as to how anyone will be able to afford to live here. Acceptance of the current situation we are in and that we are going to have to deal with it.

I am still working on acceptance. To be honest, some of the other stages still come out depending on what new things I read in the news.

The Muskrat Falls project should be a lesson. We need to learn from it and move forward, determined to make our province a sustainable, environmentally-friendly and thriving place to live. This means we need to become more involved in local and provincial politics, so that we are more included and in tune with decision-making. I am not suggesting everyone run in an election—clearly, not just anyone is suited to the job—but at least being more aware of the candidates and who we are supporting. More transparency on their behalf would help too.

As a province we have some big decisions to make. We’ve given up responsible government before. A bail out from the feds wouldn’t be the same thing, but it would definitely take away some of our independence and agency.

Ultimately, our mindset needs to change. We need to stop thinking that there is one big thing that will save us. As a province, we have relied on sole-source industry for far too long: be it the fishery or oil and gas or industrial mega-projects. We need to diversify, and I do not just mean tourism. We need to put real thought into what we want for our province and the direction we want it to take.

We are a determined people. We must be; we live either on a rock in the middle of the North Atlantic or in some of the more northern, remote and harsh environment you can find—though on a sunny day there is nowhere in the world more lovely.

We have a beautiful province—full of potential, even. But we need to figure out how we will continue to live here.

Muskrat Falls is the Future of Contamination in Canada
The management of methylmercury risk at Muskrat Falls and Lake Melville shows us that colonialism is still very much alive in Canada. 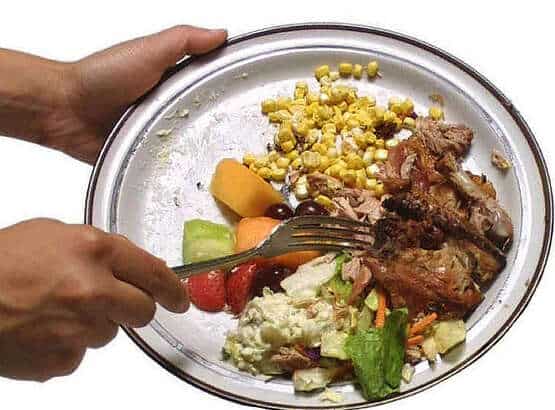 The Indy Guide to Arguing About Food Taxonomy
Worried that being extremely online is giving you terminal Galaxy Brain? Channel your digital degeneration into something wholesome: arguments about food.