Politicians the world over use Facebook and Twitter today to communicate to their constituents and the general public, and to debate with each other.

Often, this debate can quickly morph into childish and personal exchanges, which not only lower the quality of the discourse, but cast these elected representatives in a most unflattering and negative light.

And no one is responsible for that other than themselves.

There have been several recent instances—and a good number in the past—of Members of the House of Assembly in this province posting inapt, and in some cases downright offensive statements, to social media that make these politicians look incredibly infantile and exceedingly patronizing.

Twitter, the somewhat-infamous microblogging site where users “tweet” statements in no more than 140 characters, is a hotbed for this, whether it is politicos from opposing parties trading barbs, or politicos trading fire with everyday citizens.

Of course, this daily one-upmanship—all in the name of politicians portraying their respective parties in the best possible fashion—is a staple of the local #nlpoli stream, and you can be assured that this thrust-and-parry is amplified right now with an election on the horizon.

One such prolific, and unapologetic, offender is Steve Kent.

Whether it was the then-obsequious backbencher and cabinet minister wannabe and his “swear jar” shockingly jeering then-NDP leader Lorraine Michael in 2012 during the serious and important Muskrat Falls debate—concerning the biggest expenditure in the province’s history, no less—or today’s Deputy Premier, Health Minister, and Minister Responsible for the Office of Public Engagement (how ironic) effectively mocking the late federal NDP leader Jack Layton’s dying words as he did last week on Twitter (and promptly deleted, but not before intrepid eyes captured it), his smug tweets are on ready display daily.

In “Figure 1”, to the right, you can see Minister Kent saucily firing back at the NDP’s Jeanne Clarke, after she tweeted her concern about the PC government’s move to public-private partnerships (P3s) for long-term care. She refers to the 351 voters at the PC leadership convention who decided our current premier, a leadership which does not have the mandate from voters to make such a major decision.

And here, in “Figure 2”, Kent is in action on the same day, snidely replying to Twitter users Barry Wheeler, an activist for the phantom Corner Brook hospital, and former federal NDP candidate Peg Norman.

The arrogance and condescension of Kent is palpable. We should certainly expect much better of someone playing the role of Deputy Premier (and playing Premier sometimes, perish the thought), a role requiring gravitas and class.

It is bad enough when you have an opportunistic backbencher posting such offensive statements publicly like that, but it is even worse when it’s senior cabinet ministers, and in this case the Premier’s right hand.

These kind of snide, graceless statements not only make Kent look terrible, but they bring disrepute to his office—and to our government.

And, it is at a time the governing party cannot afford such cheap and personal faux pas.

If this is the kind of behaviour his boss, Premier Paul Davis, thinks is acceptable—as neither has repudiated or apologized for Kent’s statement—then that is most concerning and voters should be aware of it in this election year. An election year where, incidentally, according to the last Abacus Data poll commissioned by VOCM, the governing party finds themselves in third place.

However, it is not only members of the PC caucus who misbehave on social media.

Another gross example of this on the part of an elected representative was that of ex-NDP stalwart turned Liberal MHA Dale Kirby, himself no stranger to snippy potshots.

This instance (“Figure 3”) from late May saw Kirby in a Twitter spat with Child, Youth and Family Services Minister Sandy Collins, no stranger either to childish jabs online.

For Kirby to have tweeted that (which as you can see had nothing to do with either the Liberal fundraising dinner, nor with banks forgiving the Liberals’ debt, as Collins initially referenced) and to have politicized the plight of a nameless teenage girl, thrown out there to try to make Collins look bad (he needs no help), was truly disgusting.

MUN Political Science Professor Russell Williams was also watching and entered the fray to condemn the exchange, aiming his disgust at Kirby, who he said lost his vote over the shameful stunt (“Figure 4”).

Proper thing, Dr. Williams. And politicians should always be cognizant that people are watching everything they say.

(To be entirely balanced about all this, I did scour #nlpoli, and Facebook, for an example of similar misbehavior by an NDP MHA, but could not find any such offensive tweet or post.)

While you can see minor instances of snark and juvenile jostling daily, these examples where a dying man’s deathbed words to the nation were thrown at someone as an insult—by our Deputy Premier, no less—and the case (minus the details, and thank heavens for that) of a vulnerable teenager used to score cheap political points by an opposition MHA, so as to embarrass the minister responsible, were truly egregious and shameful public displays by Steve Kent and Dale Kirby. Both showed absolutely no class, terrible judgment, and supremely petty behaviour.

This is why it is so important to highlight such blatant impudence and unbecoming conduct by our MHAs and, worse still, by ministers of the Crown.

And clearly, when they delete their offensive words, as Kent did, they know on some level that they have crossed the line. Why else would they remove the statement(s) in question?

It is especially imperative right now that voters be made aware of this behaviour with an election upon us in just over four months’ time. And, by extension, that they are aware of these folks’ characters.

We deserve to have elected representatives who treat other people with respect, who behave in an appropriate manner befitting their elected offices, and who exercise sound judgment.

Is it too much to ask that we have MHAs who exhibit class and maturity in public communications and in general?

While most do, the few rotten apples like Kent and Kirby—with their repugnant actions as described above—spoil the whole bunch.

All elected members should take note and take heed.

As should voters when they cast their ballots come the last day of November. 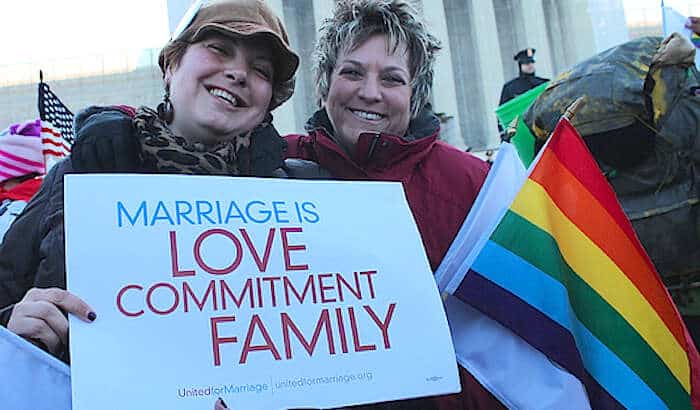 Resisting marriage
Same-sex marriage equality has been hailed as a victory. But how is equal participation in an oppressive institution a win? 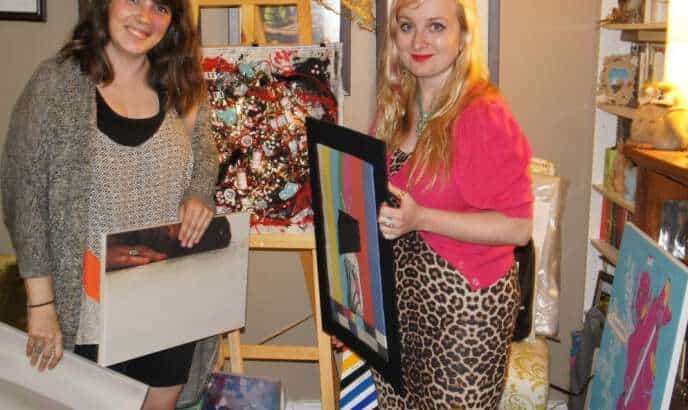