Newfoundland revolution, then and now

Lessons from a history of social unrest in Newfoundland

We are living in a revolutionary age. In the last number of years, every region of the globe has witnessed significant unrest, most recently evident in Ukraine, Venezuela, Thailand, South Africa, Bosnia, and Iceland, to name a few.

Unrest is typically presented in mainstream media as stemming from specific political concerns. The ongoing protests in Thailand are often described as “monarchist”; protests in Ukraine are said to be about integration with the EU; protests in Venezuela are described as supporting right-wing political parties in opposition to the left-leaning government. But while these specific political issues may be the spark that ignites protests, they are not necessarily the cause.

Unrest, including the associated riots, revolts, and revolutions, is better understood as a symptom brought on by pre-existing social conditions. Periods of unrest in Newfoundland history are useful examples for understanding the way specific social conditions create an environment in which revolts are likely to occur – most notably the early 1930s, culminating in the famous riot at Colonial Building in St. John’s that brought down the government of Sir Richard Squires.

Memorial University historian Sean Cadigan, in his latest book Death on Two Fronts, describes the stark social condition that existed in the country at the time. Poverty, unemployment, and corruption were widespread, and “the inability of the [Squires] government to calm social unrest arising from the acute public relief and debt crisis was the last straw in the collapse of responsible government.”

Runaway inflation, compounded by the onset of the Great Depression, made it increasingly difficult for people to keep up with the cost of living, and allegations of corruption against the Squires government became a catalyst for large numbers of people to take to the streets. The rioting, in this case, was not specifically caused by political issues or in support of one party over another, but was rather symptomatic of the underlying social conditions and general feeling of disaffection among the population.

Recent research conducted by the New England Complex Systems Institute demonstrates that social unrest occurs because of specific conditions to do with the everyday lives of people, with a basic premise being that the cost of food can be used as metric for making predictions. Spikes in food prices, such as in 2011, can be seen to line up with the Arab Spring, and in 2013 and early 2014, global food prices have remained near the threshold identified in the report as precipitating unrest. The report notes:

We can understand the appearance of social unrest in 2011 based upon a hypothesis that widespread unrest does not arise from long-standing political failings of the system, but rather from its sudden perceived failure to provide essential security to the population. … Failure to provide security undermines the very reason for existence of the political system. Once this occurs, the resulting protests can reflect the wide range of reasons for dissatisfaction, broadening the scope of the protest, and masking the immediate trigger of the unrest.

An article by Nafeez Ahmed in the Guardian draws similar conclusions, expanding the analysis to include shifts in food prices and the cost of living due to instability in fossil fuel economies and the impact of climate change. Ahmed points out that in Ukraine, “food price shocks have impacted negatively on the country’s grain exports, contributing to intensifying urban poverty,” something that is further intensified by “accelerated levels of inflation.” He goes on to point out that the situation is similar in Venezuela, which is suffering “ongoing food shortages driven by policy mismanagement along with 17 year record-high inflation due mostly to rising food prices.” In this way, the analysis, as with the one presented by the Complex Systems Institute, understands the current wave of global unrest as symptomatic of basic conditions to do with people’s everyday lives.

Following significant unrest in the early 1930s, Newfoundland’s democratic government collapsed and was replaced with an authoritarian regime, the Commission of Government. The belief of many powerful people of the day, including William Coaker, was that an authoritarian government modeled on Mussolini’s Italy was best served to deal with the many social and political issues plaguing the country.

However, the commission was unable to effect any significant improvement in the lives of the people, even though it did try various economic and social policies. As Cadigan notes in Newfoundland and Labrador: A History, “the commission’s social and administrative experiments did not improve the colonial economy,” and the government overlooked the wellbeing of workers and their families.

Although the commission was unable to solve the social issues that created the context for unrest, it was quite successful in containing protests and revolts through various authoritarian means. The Dept. of Justice files, held at the provincial archives, show evidence of a system of surveillance and subversion of dissident political organizations on a shocking scale (ask for GN 13, Box 155 if you’re interested). At the same time, the police force and local militia was upgraded and expanded, and any public displays of dissent were met with harsh crackdowns. So even though the social context did not markedly change, the state was able to employ these authoritarian means to maintain public order.

The structural failings of a globalized world present seemingly impossible problems for states to solve. What is needed is a paradigm shift, and this shift will have to entail movement away from fossil fuel economies and transnational food networks. However, many states are (arguably) beholden to corporate interests, and so it may seem like political suicide for parties and individual politicians to reign in big oil and agribusiness.

Looking at present-day examples of unrest and revolution, one does not see the underlying social conditions being addressed. A good example of this is Ukraine, which had a revolution in 2005 but is once again experiencing the same kind of social unrest in 2014. Likewise, Iceland had a revolution in 2009, but in early 2014 unrest re-emerged. Egypt, which has also had two revolutionary moments in quick succession, has nonetheless experienced ongoing turmoil since 2011. This recurrent (perhaps constant) unrest is indicative of a global system in entropy, a system that is unable to address the underlying social context of unrest.

Unfortunately, if governments are unwilling or unable to make the necessary changes, there are few tools in the kit other than authoritarian means, such as those employed in historical Newfoundland. While it is certainly the prerogative of angry and disaffected people to rise up against their governments, it is somewhat disconcerting how often this leads to more repressive forms of government. However, without taking real steps to address the social conditions that create the context for unrest, repression can only ever be a temporary “fix.”

Admittedly, this may sound somewhat alarmist, and in fact it is because I am genuinely alarmed. It is not that life today is necessarily so bad for people in Newfoundland, and it does not seem as though we are likely to see significant unrest any time soon. But what is alarming is the level of skepticism and denial that fundamental problems even exist, specifically in terms of the “business as usual” mentality of government and the moneyed class. What I see are vested interests that will fight against proactive steps to address the underlying conditions of crisis, and this leads down a path we have walked before. And so perhaps the sooner everyone gets a little bit alarmed the sooner we can have a discussion about how to avoid repeating the history of 1932.

Lawnya Vawnya lineup announced
By Divine Right, F*cked Up, Snowblink among headliners of this year's festival of independent music, art and DIY culture, which runs April 24-27 in St.… 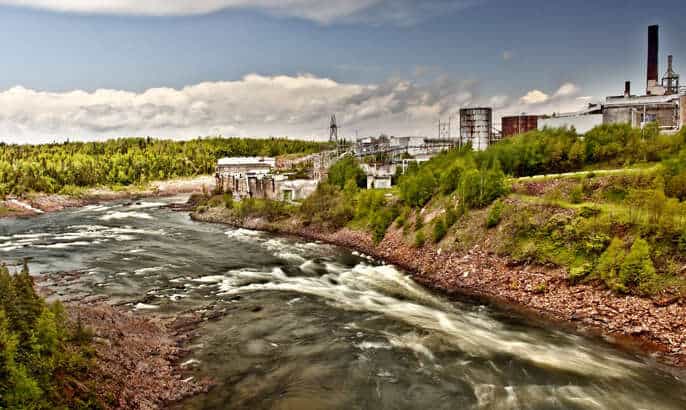 Forfeiting control and the right to litigate
The federal government doesn't want us to know how much we're giving up for CETA. Presented as a "trade agreement" with the European Union, provisions…