Policing the university and freedom of expression

Are police officers on campus an affront to the spirit of the academy?

A recent RNC sting operation at Memorial University, which resulted in an officer firing a weapon, has led to some interesting discussion about police presence on campus. This is an important discussion to have and raises questions about the relationship between policing and freedom of expression in the university, in terms of contentious politics and also academic freedom.

To briefly recap the context, the RNC was monitoring the parking lot of the Field House at MUN and attempted to detain a suspect who has since been charged with, among other things, theft over $5,000 (car theft). The suspect fled in an SUV, an officer felt threatened and fired a shot at the vehicle.

A few days later, Joey Donnelly, President of MUN’s Graduate Student Union, wrote a letter to The Independent, in which he connected the issue to the broader question of armed RNC officers attending classes and the presence of police on campus generally. “Guns don’t belong in schools,” Donnelly said. “As a student, I feel uncomfortable knowing there are armed officers who are so willing to escalate the level of violence.”

Donnelly made this statement specifically with regard to a decision by the Senate of Memorial University to allow uniformed, armed police officers to take classes. The RNC stated, as reported in The Telegram, that officers who are taking courses at Memorial while on duty are required by RNC regulations to be in uniform, and that a sidearm is a basic part of the uniform. Furthermore, the RNC does, under the law, have the right to operate on Memorial University campus.

“No police” policies common among universities

On the surface, the issues of uniformed officers taking classes and the incident in the parking lot of the Field House may appear unrelated. However, these apparently separate issues are linked in that they depend on an acceptance of the premise that on-duty police ought to be allowed on campus at all. To be clear, I am certainly not anti-police and understand very well the imperative for police in our society. I have family and friends who are officers in various police forces and it inspires in me a good deal of pride that they choose to serve and protect. But even though the law allows the RNC to operate on campus, and even though MUN senate created policy to allow uniformed officers to attend classes, there are still legitimate objections to the presence of police in university settings.

One such objection is raised by the Canadian Association of University Teachers. In a policy brief the association states, “activities of policing agencies and security services on post-secondary institution campuses can threaten academic freedom. Experience shows that this belief is warranted. Such activities can interfere with the rights of individual members of the academic staff and students, and can undermine institutions’ obligation to foster freedom of thought, expression and intellectual inquiry without restriction.”

Furthermore, many universities around the globe have an official “no police policy,” and situations where police forces have operated (or attempted to operate) on campus have sometimes led to fierce resistance. Two recent examples of resistance to the presence of police on campus are in Greece and in Egypt.

In the Greek and Egyptian examples raised here, violence flared because student organizations understood incursions by police forces on campus as an affront to the culture of freedom and dissent engendered by the university. During the 2011 Egyptian uprising, post-secondary campuses were a space in which political organization and radical politics was possible. Because students were at the heart of the revolution, the security apparatus cracked down hard on the campuses in a failed attempt to maintain control. There is a similar history of political radicalism in the Greek context, as the university campuses were an organizational hub during the resistance to the 1967-74 military junta and more recently during anti-austerity protests in the wake of the 2008 financial crisis.

Freedom of expression at MUN

It is not difficult to find similar examples of student activism emanating from most any university. Even Memorial University has an interesting history as a site of contentious politics, one interesting example being the 1972 occupation of the Arts and Administration Building (which led to a victory for the students). It is difficult to imagine, from conversations I have had with former students who were actively involved in those protests, that the student body in the 1970s would have accepted the presence of uniformed police on Memorial University campus.

In this regard, it is commendable that the president of the Graduate Student Union at least spoke out on this issue and expressed his feeling of discomfort with uniformed (and, thus, armed) police on campus. One wonders why the undergraduate union, MUNSU, has not made any sort of similar overtures and has not questioned the potential encroachment on freedom of expression, though perhaps it is some measure of a shift in the student mentality that no noise has been made. A few friends of mine are MUNSU representatives, and I know they are concerned about issues of social justice and that in many ways their hands are tied by more conservative-minded representatives in the union. However, as much as it pains me to point it out, this silent acquiescence does not bode well in the wake of a 2013 report by the Justice Centre for Constitutional Freedoms that ranked Memorial’s student union among the worst in Canada in terms of fostering an environment of freedom of expression (though police presence on campus is not a criteria of the report).

Of course, it is also possible (perhaps even likely) that because of a shift in the current Memorial student mentality that any link between police presence on campus and freedom of expression simply no longer exists. Perhaps the university in the Canadian context is perceived to be an apolitical space, and if security is paramount any questions of the stifling of contentious politics are irrelevant.

Nonetheless, it is worth at least recognizing that police presence on campus is by no means a settled matter in all universities, and that the issue of freedom of expression at the heart of the matter should not simply be dismissed out of hand.

Of beer and bravery
A toast: not to the strike being over, but to what it accomplished 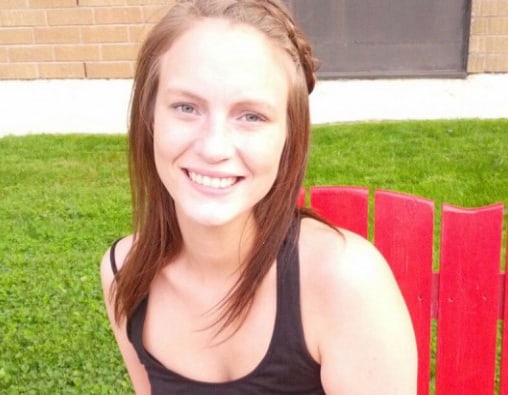 In Honour of Loretta
Trigger Warning - This article deals with the death of Loretta Saunders, an Inuk woman who was found murdered on Wednesday, February 26th in Salisbury,…