The killing of Don Dunphy

There is no justification for this act of violence.

If you feel outraged by the killing of Don Dunphy, you are not alone. It is perfectly alright to be angry, even as we are inundated with reports and statements that attempt to justify the killing.

It matters the way in which the killing of Don Dunphy is reported and spoken about. One person killed another. No matter the circumstances, this is wrong. A person was killed. A person became a killer.

Don Dunphy was killed at his home on Easter Sunday by a plainclothes RNC officer who was a part of the premier’s personal security detail, and the only witness to the incident. Dunphy was a father and self-identified as an injured worker who felt he was being victimized by the system and prevented from living a dignified and comfortable life after losing his ability to work. He was also someone I knew and interacted with through social media, where he was vocal in his criticism of the provincial government and, more generally, of injustice everywhere.

Some of those who report and speak about the killing are offering a rationalization, seeking to forgive the unforgivable. He made a threat, they say. He had a gun, they say. However, it is he who is dead and nothing changes that or makes his killing any less wrong. And because the only witness to Dunphy’s killing is the man who killed him, we will never know exactly what happened.

But we are creatures forever in need of a narrative. We long for stories to make sense of those things that do not or cannot make sense. And the narratives that attempt to explain killings and other forms of violence follow a general pattern, a pattern that becomes visible in terms of power and authority.

Some of the clearest examples of this general narrative pattern can be seen with respect to police killings. You will likely need to go no further than the comments on this article to see how this works.

The narratives that attempt to explain killings and other forms of violence follow a general pattern, a pattern that becomes visible in terms of power and authority.

The pattern is also evident in the use of specific language. Police are said to discharge their weapon in response to an escalating threat, in response to an increasingly hostile or erratic suspect. In the specific case at hand, a statement by the RCMP uses just this sort of language, suggesting there was a “sudden and dramatic change” in Dunphy’s demeanor. The subtle associative qualities of words are important for legitimizing or delegitimizing violence in the same way euphemistic terms like collateral damage describe the killing of some, while terms like terrorism describe the killing of others.

Even though some speak or report narratives that try to legitimize killings according to this pattern, many of us feel, in an immediate and visceral sense, that killings are wrong, and more so when the powerful kill the vulnerable, when we see others like us made disposable. Because even without being able to put it into words, we know that we may be next, that we may be disposed of in the same way, that it will somehow be justified, even if it never should be so.

The killing of Don Dunphy is made all the more sinister, all the more repugnant to people of good conscience, because it reaches beyond the officer who gunned him down to the highest levels of power and authority in the province.

It lays bare the true nature of a system of violence. And it shows how vacant and cold-hearted are those who justify killings, those who through their words and actions perpetuate this kind of unrepentant violence, by signaling to those in power that next time, and the next time after that, those killings will be legitimized too. 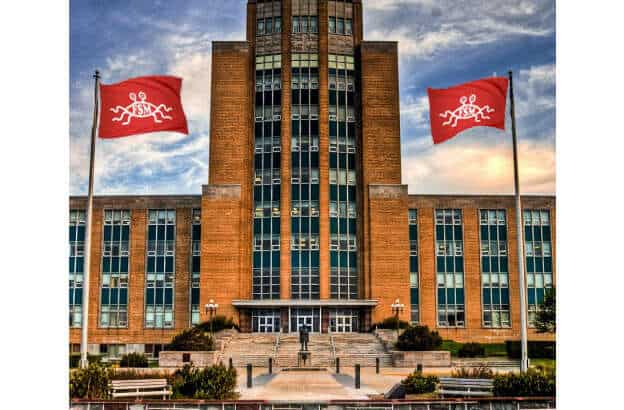 It’s the 21st century, and Easter is not about flags
Government has more important things to be doing than considering whether to fly religious flags in this day and age.

Why did he go alone?
Government cuts in the 90s forced the RNC Association to choose between job cuts or reducing two-person patrols to one-person patrols.