The Maritime Link: Remember how we were going to use it?

Muskrat Falls was once touted as the key to long-term economic and energy independence for the province of Newfoundland and Labrador. No longer would we be living under the shadow of the bad deal done at Churchill Falls, no longer would we need to burn oil at the aging Holyrood Thermal Generating Station, or face another DarkNL. We would have a transmission link to the mainland through Nova Scotia, giving us access to the energy-hungry eastern United States. Yet, last week the island of Newfoundland began importing mostly coal-fired power from Nova Scotia over the Maritime Link.

The Maritime Link consists of two subsea cables that run 170 km across the Cabot Strait between Cape Ray and Point Aconi with the capacity to carry 500 MW of electricity. It was built by Emera to supply Nova Scotia with power from Muskrat Falls and provide NL with access to export markets. Traditionally, coal has provided for up to 80 per cent of electricity generation in Nova Scotia, but they’ve made a commitment to introduce a cap and trade system on greenhouse gas emissions and have set a goal of having 40 per cent of their energy mix provided by renewable energy sources by 2020. They’ve already built over 550 MW of wind energy (10 times more than NL), and once Muskrat Falls goes online, they are going to be importing a third of the total power it produces.

One of the major reasons for building Muskrat Falls in the first place was to generate enough capacity to shut down the Holyrood Thermal Generating Station (HTGS), where bunker C oil is burned to produce up to 30 per cent of Newfoundland’s power during peaks in demand. This is a heavy, dirty oil and we emit well over a million tonnes of greenhouse gases per year at Holyrood alone. Yet despite our best intentions, we are now using the Maritime Link in the opposite direction than was intended, and instead of supplying Nova Scotia with hydro power to help them cut out coal, we are now using their coal power to offset the cost of burning oil in Holyrood, albeit for the short term.

We only need about a third of the electricity coming out of Muskrat Falls to shut down Holyrood. We’re giving a third to Nova Scotia to pay off the link over the next 35 years, which means we have a third left that we had planned on selling to the other maritime provinces and to states along the eastern seaboard. Because plummeting energy costs (from other sources) mean that our electricity is priced well above market value, it isn’t likely we’ll be able to sell that energy.

It’s great that we’re helping our neighbours in Nova Scotia to get off coal, and it’s great that we’re eventually shutting down Holyrood, but essentially, we are building a $12.7 billion mega-project when we only really need about a third of what it’s going to produce. In NL we have what can be referred to as a mega-project mentality. We want the biggest offshore platform. We want to double oil production by 2030. We want to build enormous hydro dams. Yet we are also struggling with spiralling debt and out migration, with small communities being depleted as residents move to bigger towns and cities because there is no local industry. We cry out for local economic stimulus to help these communities survive, and yet we create massive projects ever further from peoples’ homes. Instead of focusing on enormous projects that we can’t really afford, we could have looked locally and built incrementally.

We often speak about Holyrood and Churchill Falls as if they are the only generating stations in the province. There are no fewer than 35 hydro-generating stations in NL. In Bay d’Espoir we generate over 600 MW of power—the maximum that Muskrat Falls will generate is 824 MW. In Mobile, for example, they generate 10.5 MW. These small stations have been providing the island with power since the early twentieth century. By providing basic system upgrades, installing turbines with increased capacity retrofits, and performing some modernization updates, we could have made up for a good portion, if not all, of the capacity we’d lose by shutting down Holyrood.

We need to look seriously at the real renewables

Newfoundland and Labrador has an incredible capacity for wind energy generation. The three wind farms that currently exist on the island have proven that we are capable of capacity factors (defined as the amount of electricity generated relative to the system’s capacity, over time) that put the rest of Canada to shame, and our resource is comparable with some of the highest quality wind power in the world. This means that the same equipment, at the same cost would yield higher returns in NL compared to elsewhere. Yet despite this, NL has the lowest installed wind energy capacity in Canada, even compared to the small island province of PEI (they’ve got +200 MW compared to our 55 MW of wind power). Wind farms can be built quickly and incrementally, meaning you can build a few turbines now, and then a few turbines later once you raise the additional required capital. They can be built close to towns and regions that need the energy, creating jobs and allowing people local control over their energy assets. The environmental disturbance caused by a wind farm is minimal. They have a very small footprint, release zero emissions and can be easily removed or replaced once their design life has been reached. While some argue that they impact local bird populations, many studies have demonstrated that impact is minimal compared to that of collisions with windows on buildings, and hunting done by house cats, not to mention the potential impact that oil spills can have on entire bird populations and habitats.

Another renewable energy resource that could have been more extensively explored is solar power. People laugh when solar is mentioned as a generating source for NL, but the reality is that we have as many annual sun hours as Bavaria, the German state with the greatest installed solar generating capacity in the country. Germany is known for being one of the biggest solar producing countries on the planet. If the NL government added incentives or subsidies encouraging people to install their own solar PV arrays under a net-metering arrangement, it would significantly decrease the demand on the HTGS and could have gone so far as to eliminate the need for additional generation altogether.

Among the reasons often cited for not fully investigating renewable energy options, such as wind and solar, before deciding on Muskrat Falls were cost and reliability. Although updates to grid infrastructure would have had to be made regardless (if you’ve driven across the island lately, you’ll have noticed big changes to our transmission systems!) it seems like Muskrat’s proponents didn’t do their homework on these technologies. Record low prices are being set for electricity generated through wind and solar, and the cost of building these systems is dropping at an incredible pace. Proponents of Muskrat Falls cite lack of storage capacity or unpredictable generation as a downfall to these technologies, but this excuse doesn’t hold much water (pun intended) when you consider the numerous existing hydro generating stations across the province that can act as storage and provide real-time demand/supply response.

The most promising aspect of the Muskrat Falls project in my opinion was building the Maritime Link. Newfoundland and Labrador are rich in natural resources, and I’m not just talking about oil, nickel or ore—our renewable energy resources are more than enough to provide for our province, and could be used to supply clean, renewable power, at competitive rates, to the rest of eastern North America. While our hands are tied by the massive investment we’ve made in Muskrat Falls, one day electricity will flow through the Maritime Link in the direction it was intended to. As the global electrification-of-everything trend continues and as the world shifts further away from reliance on fossil fuels, NL’s renewable energy resources may eventually be developed and exported on that link, or perhaps even another. As we consider developing Gull Island, and with electricity rates expected to hit 23 cents per kWh when Muskrat Falls comes online, I hope we truly consider all the options we have available to us.

Delia Warren is a professional engineer with a background in the oil and gas industry. She’s currently working as a sustainable energy advocate and completing her MBA at Memorial University. 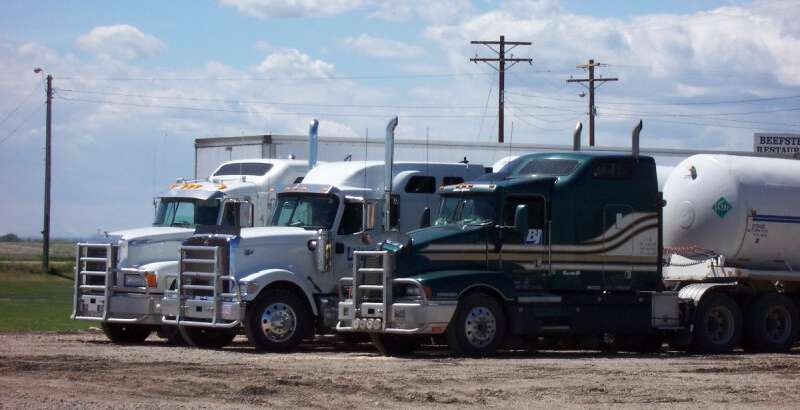 Fatal truck crashes are a serious problem in Canada, fuelled by government inaction

Who benefits from government policies? Usually just the rich and powerful.