Walking St. John’s After the Blizzard of the Century

The whole city glistened, alabaster white and silent except for the cheerful calls of people greeting each other as they snowshoed and skied around the neighbourhood, and the louder shouts of younger more daring citizens snowboarding down Holloway Street on what Drew Brown called “the island’s sickest ski jump.”1 For three days our neighbourhoods turned back into communities, people had time for each other and, well, a lot of people had a lot of fun.

And then the cars were allowed back on the roads.

Obviously, people had to get food and medical supplies and they had to get back to work. The nurses who did forty-hour shifts and the hotel workers who stayed on for days to look after people from out of town had to get home. Not every neighbourhood has a food store in walking distance and not everybody can walk even if theirs does. But that three day hiatus did open up some visions of possibility for organizing our city differently.

Elling Lien asked on social media, “What are some good things happening during this state of emergency that you’d like to see continue?” He got hundreds of answers, many of them focused on the joy of being able to move freely around the city and the sense of connection and community that engendered. There was a bit of controversy about whether or not bonfires in the streets were a good idea, but otherwise a lot of agreement.

Respondents remarked on the novelty of feeling unthreatened while out walking and the freedom to go wherever they liked. One person summarized it: “The feeling that public space had been rebalanced for humans—I felt it the most one day, walking down the middle of LeMarchant with my snow shovel, the sun setting in front of me, dozens of people strolling under the big trees, it was lovely.” Another wrote, “Ironically enough, I’ve never felt safer walking.” It was as if they had emerged from a siege or a war zone.

People suggested continuing these good things by lowering speed limits in winter, creating pedestrian only streets or car-free areas during certain periods, and planning for walkable neighbourhoods in the future. Many drew a connection between the number of people out walking and the remarkable camaraderie and sense of safety. Of course, that was heightened by the feeling of all being in this together and having weathered the storm, but living without cars and being forced to stay close to home really brought into focus how much motor vehicles affect our lives in negative ways.

St. John’s is No Winter Wonderland for Pedestrians

As the city began to transition back to normal, many people expressed concerns about pedestrian safety. Tony Stack, CEO of ESDNL, told CBC that the main reason for extended closure of schools was that “young people walking in the streets is a hazardous situation.” Meanwhile, Lloyd Hobbs, VP of Safety NL, spoke with Gerri Lynn Mackey on the VOCM Morning Show to warn about a perilous state where visibility is severely restricted, roads are slippery with increased braking distances, pedestrians are sharing a very narrow roadway with cars where both have multiple things to focus on, and that it is very possible to slip into the path of a car. Over 1500 people signed an online petition asking for special safety measures during the transition.

But as far as pedestrians are concerned, what Hobbs described is normal for many: people who can’t afford a car or can’t afford a second one for a stay-at-home parent, people with certain disabilities that preclude driving, children and teenagers too young to drive, and many seniors—as well as those who simply prefer walking.

There were reports on social media of people keeping children home because they couldn’t safely get them to school. One mother described walking the length of Pennywell Road with her young daughter in front of her, holding onto her school bag; she used it to push the little girl into snow banks as she shielded the child with her body every time a car went by. That was before the blizzard.

In the first days after the state of emergency was lifted, I kept my own five year old grandson close to me as we walked the four blocks from my house to his. I was clinging tightly to both his hands, tense and anxious with cars roaring by within inches of us and snowbanks higher than my head hemming us in on the other side.

The feeling wasn’t really new, just intensified. Not only were conditions so much worse, but we had just experienced three days of something different, free to get where we were going without fear. The contrast felt almost like a physical attack.

A City Organized for Cars

Meanwhile, mayors and government ministers issued updates on progress, everything from where people could get baby formula and prescriptions to the widening of multi-lane highways. One sidewalk activist saw “a glimmer of hope” in that every time Mayor Danny Breen talked about drivers and streets, he added “…and pedestrians” after a slight pause reminiscent of Danny Williams’ “…and Labrador.”

But no specific plans for pedestrian safety had been announced a week after the storm. It was clearly near the bottom of the list of priorities. If the need to clear streets for emergency vehicles was at the top, the lives of people without cars or unable to drive were also at stake. In the week before the blizzard, nine pedestrians were hit by cars, some with life-changing injuries. One died. According to Daniel Fuller, Canada Research Chair in Population Physical Activity at MUN, these figures are high but not extreme outliers. On average there are two pedestrian-vehicle crashes every week in St. John’s, with a range of 1 to 4.5.

Some people responding to Elling Lien thought that the situation had made people more aware of the importance of walkable communities and how reliant we are on cars. But one person responded “I would love to live a car free lifestyle but the nearest grocery store or pharmacy is at least 3 km away and buses to the area are infrequent.” It’s a planning issue that goes far beyond simply closing the streets to cars occasionally, or a few streets permanently—though that would be a wonderful thing from a pedestrian point of view.

It’s also an engineering issue. We need to separate pedestrians and vehicles for the safety of the pedestrians. We need well-designed, well-lit, cleared sidewalks, crosswalks, and access to the crosswalks and to bus shelters. We need street designs that force people to drive more slowly.

Finally, and perhaps most challenging of all, it is a question of changing our culture. These are very complex issues but perhaps we have reached a tipping point.

We Already Know What to Do…

Six years ago, after much public outcry and media attention, the City commissioned an inquiry to look into snow clearing—snow clearing in general, not just sidewalks. The inquiry compared us to five other cities: Halifax, Quebec City, Saguenay, Fredericton NB and Mount Pearl and found that “St. John’s has the highest level of service on residential streets (bare pavement), but the lowest level of service on sidewalks.” Its authors recommended clearing and salting sidewalks much earlier, starting while snow is still falling, and removing snow immediately after the snowfall stops. They said that was the only way to avoid the much more expensive and time consuming process of trying to clear them when they are covered in thick layers of ice days later. They had suggestions for avoiding what a friend of mine calls “duelling plows,” where street plows push snow back into cleared sidewalks, and making sure bus stops were accessible. Surprisingly, they also found that people on residential streets said they would actually prefer to have their streets cleared less often since each time it happened they had to shovel the end of their driveway again.

None of these recommendations have been followed, though there were others that have been implemented, to the City’s credit. Things really are quite a lot better than they were before the consultation. But we started with a very low baseline.

According to the City, the current budget is just under a million dollars for sidewalk snow clearing but we would need two more million to really do it right. One way to get that might be to raise taxes a minuscule amount, very roughly $20 per person per year—or 39 cents a week. Other ideas might be to follow the recommendation to clear earlier if it is really less expensive (a win-win) and to enforce city by-laws against blocking sidewalks and collect the fines. Or what about a trade-off between our bare pavement residential streets and deathtrap sidewalks?

At its most basic level, the solution is very simple. The problem isn’t really our weather or a lack of resources. Nor is it primarily a personal responsibility issue requiring people to wear flashing lights and crampons. The problem is priorities. If the city said they couldn’t clear snow from the streets because they don’t have the resources, people wouldn’t accept it. Why do we accept it for sidewalks?

Sidewalks are just as fundamental to the urban transportation infrastructure as streets. Laws against blocking them exist for a reason. Why would anyone think that reason disappears in winter? Pedestrians are second-class citizens. Worse than second-class citizens. Our lives and our children’s lives are in danger. We have the right under the constitution to safety, to mobility, and to equal treatment under the law. To clear streets at the expense of sidewalks is discrimination.

…We Just Need to Do It

Making our City more walkable is the right thing to do. Our own strategic plan calls for safe, sustainable and accessible public and active transportation, improved opportunities for residents to connect with each other, and public spaces that build safe, healthy and vibrant communities. St. John’s has also declared a climate emergency. Pedestrians contribute to these goals. They help reduce traffic and parking congestion, reduce C02 emissions, and contribute to their own and their community’s health and happiness by exercising regularly and also by connecting, as we saw so vividly after the blizzard. This is an opportunity.

Most of all, we need to do it better so we can look into the eyes of the mother who shields her little girl with her own body and the people whose lives have been changed forever by terrible injuries or the death of someone they loved and say “we did everything we could to fix this.” 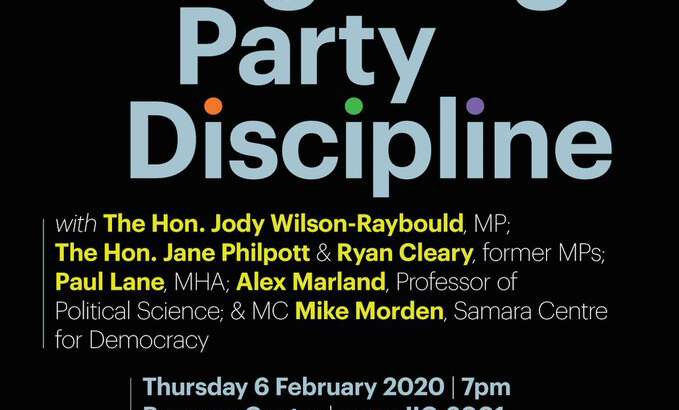 Memorial University is Hosting a Maverick Political Panel
When a problem comes along, must you whip it? Four outspoken Canadian politicians are questioning parliamentary party discipline at Memorial next week. 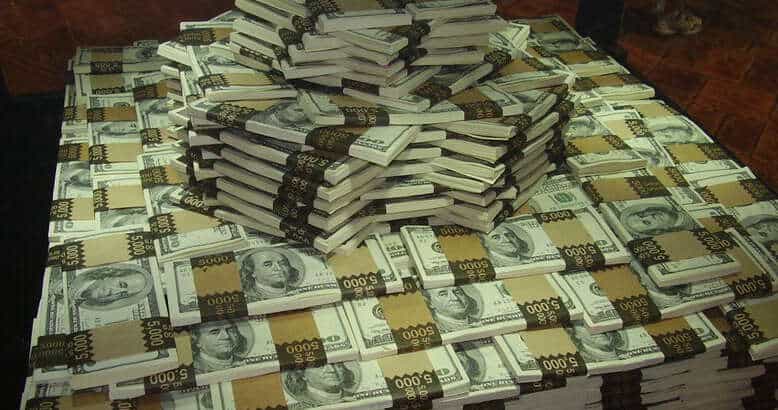 The Power of Positive Thinking: Gordon McIntosh Edition
It's hard to tell what Newfoundland and Labrador's leaders are thinking these days. So here's some speculative satire.