The invasion of the butt-bugs

St. John’s is under siege.

That’s right, there’s an infestation spreading through the downtown core that will eventually reach you. This dirty secret is revealed every time the cold February rain pounds the city streets. Every time the once snow-covered sidewalks and alleys are unable to hide what we shamefully try to keep covered … the city is crawling with butt-bugs.

Go ahead, make the obvious jokes if you must. Just keep in mind that butt-bugs are clearly not sexy and many of you, including myself, have been one at some point.

I came to this realization while on a trip out of town. I was flabbergasted to discover that throwing a chip bag from a car window is still acceptable behaviour in this province. In fact, it’s still widely practised, judging from the coffee cups surrounding certain areas of the TCH. In spite of the Government of Newfoundland and Labrador’s aggressive anti-litter campaign, it seems a number of people prefer a clean car to a clean country.

‘I’m worse than a litterbug’

I was feeling somewhat righteous concerning my opposition to litterbugs until I realized I’m no better than the numerous people chucking their pop cans out the window. Actually, in many ways, I’m worse than a litterbug. I’m a butt-bug.

I smoke. I’m not proud of this fact. It’s a habit I half-heartedly embraced in university that has gained intensity as it carried through to adulthood. I fully intend on kicking it (don’t we all?) but, while still participating, I confess to tossing my hideous butts at random.

My great shame of the disgusting, cancer-inducing addiction prompts me to speedily dispose of the proof. If I rid myself of the revolting evidence, perhaps I can somehow pretend I did not commit the undeniable crime against my body. I can claim I’m not hurting anyone when I’m hurting everyone. People who don’t pick up after their dogs must suffer from a similar urge to flee the scene.

The mounds of butts on key downtown streets suggest a degraded, unprogressive and underachieving population.

It takes 12 years for a cigarette butt to naturally decompose. In that time they are mistaken for food by a variety of wildlife and are ingested with poor and sometimes fatal results. Funds which would better service residents are funneled into massive street cleaning efforts.

In the meantime, we live in abysmal conditions of our own making. The mounds of butts on key downtown streets suggest a degraded, unprogressive and underachieving population. Butts beget more butts. There are few communal ashtrays downtown and even those are under-used and rarely cleaned. We’re just not aware of what we’re doing, we keep moving, we walk away from the CBTG’s deck at night and it’s cleaned before we return. Zero repercussions for the butt-bugs.

Take your butts with you

So here’s what I’m thinking. We take them with us. The butts. We don’t throw them haphazardly all about the city at all hours. Instead, we keep little butt canisters (full of delicious cigarette butts) around our necks on a string.

This plan works twofold. It keeps the streets clean, the birds safe and the money flowing. It also forces us to acknowledge how foul smoking really is, and how much we smoke, thus encouraging quitting en mass. Better than any gum, patch or hypnotist will be the identifying aroma of half a dozen smoked cigarettes wafting around your face courtesy of your butt canister.

No matter how you claim to keep your personal butts at bay, we all know they eventually find a means to escape. I thought I had invented the ingenious butt cylinder block until one day it was turned over. The butts scattered all about my backyard, exposing me for the weak smoker person I am. Picking them up one at a time didn’t cure me of the habit. I was actually so infuriated I had a cigarette… like an idiot. Which is why I firmly believe legislated butt-canisters would be more effective, and a hell of a lot more interesting than gum. 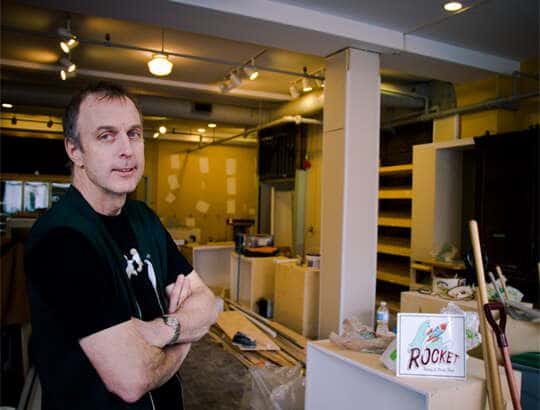 Rocket: new downtown bakery set for lift off soon
Partner in the business, Dave Hopley, dishes on what to expect 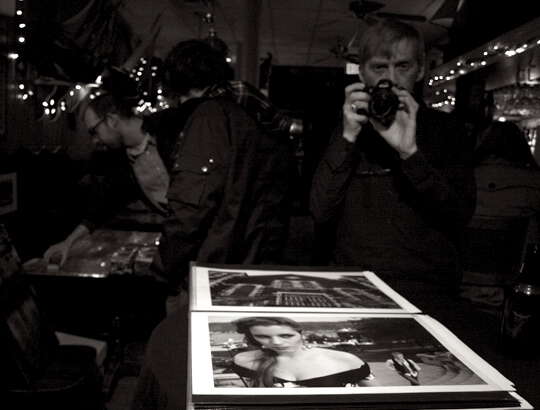