Will GFW Rock and Roll All Night? I guess we’ll see soon enough

It’s going to be like one big bay wedding

Kiss has long proclaimed Rock and Roll All Night as the one and only rock anthem. While I don’t agree with the song’s ultimate prowess (musical tastes are entirely subjective, don’t let music snobs tell you otherwise), I do admit it has a certain appeal.

The power ballad reminds me of drinking kiwi coolers well before I was old enough to know they were disgusting, usually while attending some wedding I may or may not have been invited to. It didn’t matter, really. Newlyweds on the Northern Pen accepted and expected the onslaught of teenagers after midnight. Brides reasoned they had once been wedding crashers themselves and it was only right that high school students huddled in the corner until the adults were sufficiently placated. You certainly did not need them concerning themselves with the vodka and orange juice you were likely sipping by the pinball machine.

Screwdrivers. Sure, they just sounded forbidden and it was usually the only proper drink name any one felt confident enough to pronounce to guy in Grade 11 with the most convincing mustache. Poor old Mustache spent every Saturday night lining up at the bar, hoping not to be spotted by a relative while the rest of us jumped around on the dance floor.

And few songs fill up the dance floor at a bay wedding like the supposed rock anthem mentioned above.

Kiss b’y, they were something else.

Perhaps they still are. We’ll certainly find out when they arrive in Grand Falls-Windsor this summer to headline the annual Salmon Festival. I bet the number of heatstroke victims increases twofold on account of the gobs of makeup people will happily slather all over themselves.

So what makes Kiss still popular or, dare I say, relevant? No, it’s not that foolish reality television show. Death to reality TV! (Hey, I’m a writer. What do you expect?) And it’s not that Gene still claims to have bedded nearly 5000 ladies, though his long time partner Shannon Tweed adamantly denies it.

Musical theatre for the masses

No, what makes Kiss popular, possibly even relevant, is their unapologetic escapism. It’s musical theatre, ladies and gentlemen, believe it or not. These men make themselves over as demonic, sexual deviants and pander-act for their fans before giving them what they want: a good time. The themes may not be My Fair Lady but it’s musical theatre all the same.

Kiss screams anybody can be a rock star with the right platforms and grisly stage makeup. And everybody wants to, don’t they? We all have a friend, or four friends, who have rock and rolled all night and all Mardi Gras long. Kiss, in all their cliche brilliance, is perfect for Halloween. They’ve been scaring the elderly for decades and, what’s more, they meant to frighten your nan.

We’ll soon find out what GFW is made of.

These guys are master showmen with ample clap time built into their songs. And we Newfoundlanders love to stomp our feet and clap our hands to the music. Sure, even my steering wheel gets a tap when the right song plays (a.k.a. anything by ACDC). It’s a ridiculous habit I picked up from my father. He’s coming off quite the party animal in this column, isn’t he? Ahh well, he’s on vacation.

Either way, we’ll soon find out what GFW is made of. I bet my math teacher shows up still screaming the lyrics at his wife and playing that same air guitar. Some dance moves never change. 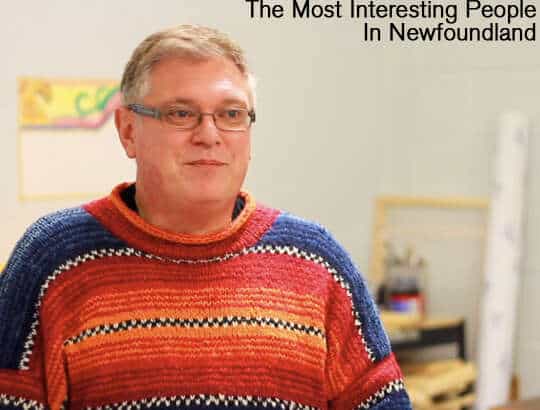 VIDEO: The most interesting people in Newfoundland | Levi Curtis
Martin meets a man from Gander who has spent his life teaching fine arts around the world