Province to test highway fences to keep out moose

Minister of Transportation and Works Tom Hedderson announced that the Newfoundland & Labrador government is spending $5-million on pilot projects aimed at reducing moose-vehicle accidents. The funds will pay for 15 kilometres of moose fencing, wildlife detection systems that use sensor technology, and GPS technology to record accident data. The pilot will last for about two years and should begin by the fall. Further details about the project, including where the test fencing will be built, are to come later. 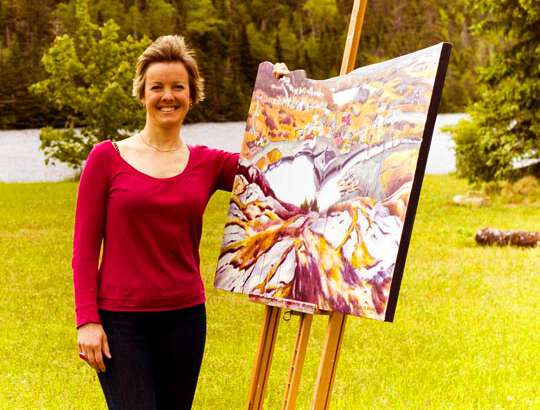 Independent Artist | Keli-Ann Pye-Beshara
A painter, not a starving artist.