“A time of real positivity”

On the one-year anniversary of Occupy Newfoundland’s inception, some of the movement’s supporters share their thoughts and experiences with The Independent as they prepared to re-occupy Harbourside Park in St. John’s for one night on Sunday, Oct. 14.

About a dozen people gathered at Harbourside Park in St. John’s on Sunday afternoon to mark Occupy Newfoundland’s one-year anniversary and re-occupy the park for one night.

The initial gathering last October drew about 70 people on a cold, rainy afternoon to discuss urgent issues of local and global concern, with an emphasis on understanding the causes and implications of growing inequality.

In the following days, weeks and months Occupiers and their supporters (from unions to university professors and priests to panhandlers) constructed an encampment that included a kitchen, library, washrooms, heated sleeping quarters and a meeting space for daily and weekly general assemblies (GAs). They organized family and art days in the park, a free film festival on Memorial University’s campus and protests against the banking system and growing corporate influence in government. Locally, they protested the provincial government’s decision to close the House of Assembly throughout the fall and winter before passing legislation to limit the media and public’s access to information — all in the lead-up to a decision on Muskrat Falls, one of the biggest and most controversial energy development projects in the island’s history.

The camp remained in tact throughout the winter, but in April, with tourism season fast approaching, the City of St. John’s issued a notice to the group to evacuate the park by May 16. After weeks of discussion at Occupy NL’s wintertime meeting location at the Anglican Cathedral, the group decided to comply with the city’s wishes and dismantle their camp.

Through the summer weekly GAs moved between Harbourside Park and the university but attendance numbers dropped significantly. Without the camp it seemed as though Occupy was on the verge of extinction.

But, as many of those who attended the anniversary gathering on Sunday proclaimed, the movement is alive and well.

Occupy in a gaseous state

“Occupy has evaporated, which is not to say (it) has vanished or…failed or…withered,” Peter Duchemin told The Independent at the park early Sunday evening, offering up a metaphor to explain the movement’s evolution. “It’s rather to say that…the actual physical instantiation has given way to a more fluid and gaseous state that actually has a circulation. So every single particle that was in Occupy is actually still in play, but it’s in play in a kind of circulation through a more fluid space, so on the Internet, through travel, and so on. It’s not necessarily sitting in parks anymore — it’s out there and it’s moving.”

In other words, the Occupy Newfoundland encampment is gone but the people involved and the ideas and sense of community they cultivated together, are still being communicated.

For some the gathering was an opportunity to converse face to face with new and familiar faces, and to express frustration over ongoing issues of concern.

“There’s issues of homelessness, there’s issues about hunger, and there’s all kinds of issues facing persons and students with disabilities and people with mental health issues that really need to be addressed,” said one man in attendance, who asked to be identified only as ‘Jordan’. “Everyone has a family member or a friend, relative, co-worker or colleague who has dealt with these things, but as a society we don’t really come together — it’s like, oh, it’s their responsibility,” he continued. “No, it’s everyone’s responsibility — we all need to pull together and we all need to do something about it.”

Tom Baird, a university professor at MUN and active member since the movement’s inception, said Occupy offered him an opportunity he couldn’t find elsewhere. “I was interested in politics (and) I was following the news all the time,” he said, “and I would just sit at home and get angry and read about these things and had no outlet to try to make the world a better place. And this organization has provided me with that outlet. I’ve met a lot of people and have learned an awful lot from everyone, but it’s given me the opportunity to go out there and act and do something. And that’s what’s so crucial about this. I think the fact that the cause—we don’t have a mission statement established. Or maybe we did, but it’s a fluid thing, you know? This isn’t about (any issue) exclusively. It’s about building social capital and bringing people to do whatever moves them.

“Specifically on today’s event…for me I think it was intended to demonstrate, to the community and to ourselves, the continued existence of this organization.”

Marilyn Reid, a retired french teacher who is active with the group’s weekly meetings, said what transpired at Harbourside Park in Occupy’s early stage was an important experience for those involved and an indication of new possibilities.

“In January or February I just followed a friend down here who was doing a university project,” she told The Independent, “and I was so impressed by a number of things. One was the mixture of PhDs and panhandlers in the same room talking to each other with great respect and listening to each other. That was very important to me. The energy of the group really energized me…and the ability of the group to get things done. So I think today is a really important marker, that it was a year ago.

“This is something I think that all of us are going to look back on in the future as a time of real positivity.” – Occupy supporter Marilyn Reid

This is something I think that all of us are going to look back on in the future as a time of real positivity. And not that there weren’t a lot of struggles, but we did it as a group. We’re very open to new challenges and we have a lot of things going on in terms of issues we’re addressing. And just the idea that every week I can come down and talk to a group and get some ideas, and actions — this group is very good at organizing — is wonderful.”

“There wasn’t much of a discussion about what we would do next,” said Erika Steeves, who camped out Sunday night and has been involved with the group since last fall — though she did cite Muskrat Falls as a potential next point of focus for the group.

“In terms of how we will operate, I really did like Peter’s metaphor a lot because it made me feel better about what I see as a dropping off in numbers, but he’s right — it’s a transformation from a physical encampment to different ways of perceiving, and it doesn’t mean that Occupy is dead or we don’t have the numbers — it just means that we’re going to have to perceive in different ways.”

“I think people, their lives are going to have to get more uncomfortable…the average person,” she continued, sharing her thoughts on possible long-term likelihoods. “I think in this province (we’re) just going to have to start feeling the heat like other people around the world are before we start realizing we really need to stick up for ourselves and put a stop to a lot of things that (Occupy has) been highlighting this whole time. But it doesn’t—particularly here—seem to resonate with a lot of people because it’s almost like a little bubble because there’s a boom going on here right now. I think we’ll just have to keep pursuing things and see what really sparks people in this community. I thought it was Bill 29 that would fire up people and get thousands of people out — there was quite a number of people. But maybe Muskrat Falls will be…I think it’s the issue of our time.”

“I think one of Occupy’s greatest strengths…(is) the spontaneous nature of it,” she continued. “We still meet once a week and our groups are quite small, but we’ve still been talking about issues like…the CETA treaty, the trade deal with Europe, and we’ve put together a group called Citizens Against CETA. So there’s all sorts of little off-shoots, but (it’s important) to just maintain that space for people to utilize whenever the feel they want to be heard or bring their ideas to that space — and then from that space the (ideas) can be deployed. I think that’s crucial for this stage and the ongoing stages of an activist community like this.”

Jon Parsons, another PhD student at MUN, said he hopes the Occupy NL experience has demonstrated that individuals “can demand more from the people that are supposed to be in charge, and you can ask more from your government, stand up for yourselves. People should make their voices heard, not just necessarily their comments on the CBC web page. They can come out in the streets and be active and get things done that way. There are so many issues in the media now that people are so clearly infuriated about, but it seems like there’s an incapacity to act or something.”

Duchemin shares another idea, one whose time he hopes will soon arrive: “I think that a focus on solidarity is a much stronger asset for us than a focus on opposition. In that respect, while I think that the 99 per cent versus the one per cent model was very useful to galvanize people, I do truly think that that is not a metaphor that we should cling to like it is the essence of what we’re doing. Really, the winning to me, the winning stroke is when we can say that we are the 100 per cent, and solidarity doesn’t have boundaries.

Even people whose practices we are most opposed to…we’re working for them as much. This is about long-term thinking in a world where short-term thinking has given disproportionate advantage to certain groups, but it’s the one per cent practices that are the concern, not the people, in my opinion.” 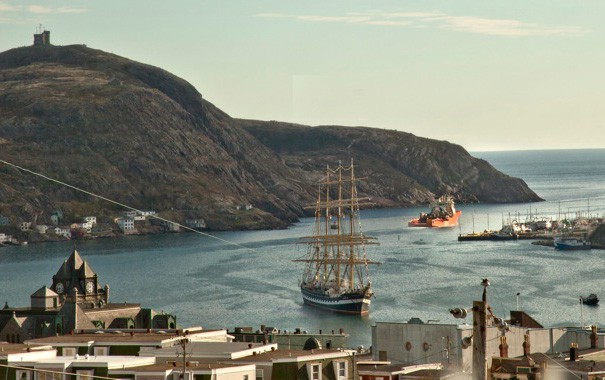 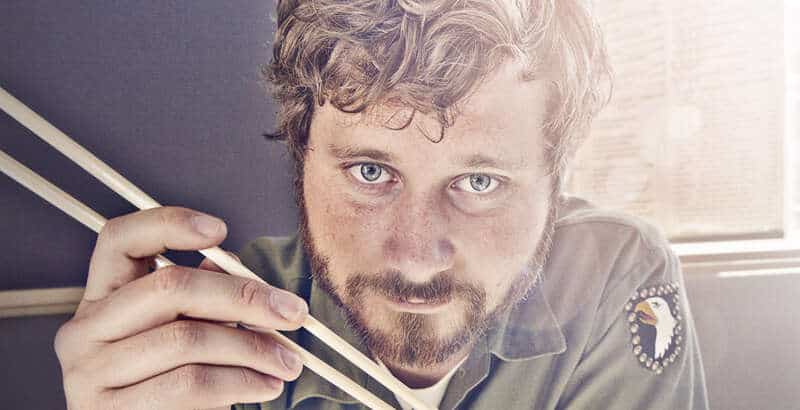 On the open road with Dan Mangan
The BC songwriter discusses popularity and priorities in the lead-up to his Oct. 21 show in St. John's