Co-founder and lead singer Greg Keelor talks about the band’s early years, the Idle No More movement and his support for native rights. They play St. John’s on Saturday.

Few Canadian bands have had as long and prosperous a career as Blue Rodeo.

And how else would they celebrate a quarter century of making music than by doing what they’ve always done – taking their songs from coast to coast and to the nooks and crannies of the country? On this trip out though Greg Keelor, Jim Cuddy, Bazil Donovan and company finally seem to be settling into that stature of legendary Canadian bands, among the few who’ve done so much, so often, and have a lifetime of experiences and memories to treasure.

At least that’s the impression I got during a recent phone conversation with Keelor, who penned band staples like Lost Together, Diamond Mine, Cynthia, Hasn’t Hit Me Yet, Side of the Road and Rose-Coloured Glasses.

From the Outskirts to the Canadian airwaves

In September, also to mark their silver anniversary, the band released an eight-disc box set of remixed and remastered albums, and rarities, celebrates Blue Rodeo’s formative years. “That was a certain era of the band, up to Five Days (in July),” Keelor says on the phone from his hotel room in Edmonton, five days into the band’s tour. “There were a lot of changes in the band over that period of time and a lot of things happened in a short period of time. So to us it seemed more interesting to break it down, to focus on the first five records, and then later on if we have the time and the inclination we’ll do the other records.”

Their 1987 debut album Outskirts, and subsequent efforts Diamond Mine and Casino, earned the band a handful of awards and launched the them into Canada’s music mainstream.

By the time Lost Together, the band’s first self-produced record, came to fruition in 1992, so did Blue Rodeo’s confidence both lyrically and musically. Rockin’ opener Fools Like You set the tone for an album that featured the group’s hardest material to date, but also the soothing melodies and lyrics of two maturing songwriters in Keelor (Is It You, Lost Together) and Cuddy (Already Gone, Last to Know).

Overshadowed by the now-legendary title track and Cuddy’s album hit Rain Down On Me, Fools Like You fell into relative obscurity, resurfacing only periodically during live performances. But before Blue Rodeo pulled it out partway through their recent gig at Vancouver’s Orpheum Theatre, Keelor prefaced the song by recounting the band’s participation in the 1989 Stein Valley Festival in British Columbia, which was organized to oppose plans to log the valley, a spiritual place for the Nlaka’pamux.

“(It) was just another one of those things where the government had decided to take over the Stein Valley, their sacred land … And they stood up to the government about it,” Keelor recalls. “It was the exact same issues that are going on today, you know. Most of the Idle No More (movement) is just about human rights and respecting treaties.”

At the Orpheum Keelor praised Attawapiskat Chief Theresa Spence, and during concerts since has been dedicating Fools Like You to Canadian Prime Minister Stephen Harper, whose Conservative government recently pushed through an omnibus bill (Bill C-45) that removed federal protection of thousands of lakes and rivers across the country despite strong opposition from the Canadian public and Aboriginal Peoples. The bill also amended over 40 other pieces of legislation, and all without the consultation of the First Nations whose lands and waterways would be put up for sale under the new laws.

Fools Like You represented Blue Rodeo’s heightened awareness of the Canadian government’s ongoing neglect of First Nations, their land, and treaty rights. “Give back to the native / Their treaty land / What you preach you preach for others / Why don’t you practice that firsthand,” Keelor belts out in one of the verses, directed at former Prime Minister Brian Mulroney. The song concludes with a nod to Elijah Harper, the former Red Sucker Lake Indian Band Chief and Minister of Aboriginal Affairs for Manitoba who, in 1990, played a significant role in scuttling the Meech Lake Accord. When Manitoba’s legislative assembly convened to approve the accord (requiring a unanimous vote to bypass public consultation), Harper raised an eagle feather in opposition, effectively threatening to push the vote beyond the deadline and quash the whole thing. Though the federal government agreed to give Manitoba a three-month extension if Newfoundland and Labrador held a legislative vote on the accord by June 23 of that year, Newfoundland Premier Clyde Wells cited Winnipeg’s procedural delays and Ottawa’s pressure tactics as reasons to evade the vote in St. John’s.

While the failed Meech Lake Accord will live on in Canada’s history books, the grounds on which Harper opposed the accord –the federal government neglected to consult with Canada’s Aboriginal Peoples (even the Yukon and Northwest Territories were left out of negotiations)– faded from national consciousness, until now.

“I’m such a pessimist and skeptic that I figure, you know, seldom does anything come from these sorts of movements, but they actually did prevail,” he says of the fight two decades ago to protect the Stein River Valley. “And just the whole Indian movement – I’ve always been in support of them getting their due, and the justice of their treaties, which have never been respected.”

Blue Rodeo’s 25th Anniversary Tour brings them to St. John’s for a sold-out show at Mile One Centre Saturday evening. Visit the band’s website at www.bluerodeo.com.

Sit not idly b’y
A little story about joining Canada, promises unkept, the erosion of our sovereignty, and redefining our future together 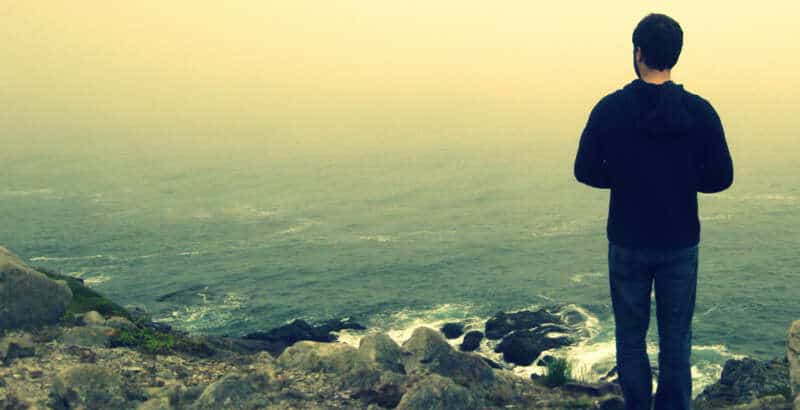 New year and a new you?
A time of hopes, dreams, doubts and regrets