In conversation with lead singer Jon Landry about the band’s recent success and recognition, and the business-art balancing act while making an honest living.

It is said there are two certainties in this world: death and taxes.

As for musicians, touring can feel like a close third. For Jon Landry, it’s something he and his band mates in The Stanfields consider a fact of life.

Landry spoke with me the day after The Stanfields took home two of the three East Coast Music Awards they were nominated for – ‘The Chronicle Herald’s Fan’s Choice Entertainer of the Year’ and ‘Group Recording of the Year’ – and just days in advance of returning to the island for gigs in Corner Brook, Marystown and St. John’s.

“I’m still trying to process it a little bit,” he said, sounding a bit tired. “It’s been a long weekend.”

One thing he was certain of, however, was that “when you get an award, or get nominated for an award, it’s recognition for the hard work you put in. When you do happen to win it’s just a feather in the cap. These awards – ECMA awards – these mean a lot, but at the end of the day it’s not why any musician does this,” he continued. “It’s for the fans, or it’s for themselves, or it’s to express their opinions or beliefs through music and sharing it with people. That’s what it has to be. It has to remain that.”

Life of a touring band

Landry and company have fully embraced the lifestyle and work ethic it takes to keep going. He emphatically asserted that they will play anywhere they can get a gig. Listing off-the-beaten-path locations they’ve already visited, like Sault Ste. Marie and Iqaluit, he mentioned some other places on their to-play list, Wawa, Ont. or Point Leamington here on the island.

“Just last Christmas we went over (to Newfoundland) and left Christmas day morning,” he recalled. “(I) kissed my wife goodbye, stuck a turkey sandwich in my mouth and, chewin’ as I went out the door, picked up the guys all along the way, and we spent Christmas day on the ferry together.”

I wanted to know what it was that drove him and the band to keep going – to play that extra show, to leave home.

“This life’s a funny thing,” he replied. “You meet some interesting people, and it takes you to some interesting places. That’s the reward I think.” But as our conversation progressed a clearer picture emerged as to why they continue to work so hard.

“You realize why you do what you do after the fact,” he explained. “You look back on some of the good times and great people that we’ve met and it makes you realize that that’s why I think we do it in the first place. That’s the whole essence of the music industry – without the people there’s nothing.

The aspirations of an artist in ‘the biz’

Landry embraces a remarkably down to earth honesty about the music, and the business, that drives this band. When I asked him how he thinks about his art in a world that is constantly looking for the next big thing, his response was refreshingly pragmatic.

“Ron Hynes said something last night at the ECMA gala. I’m paraphrasing here, but he said that he was writing music for people that had to go out west to work – he’s referring to Newfoundland, the oil rig guys, the people in the factories, and most importantly the mothers who were left behind to keep the family together while the men were away working.

“[T]hat’s the way I feel about it, when we’re writing songs,” he explained. “Obviously not to the caliber that Mr. Hynes is capable of, but aspirations are everything, wanting to grow. It was liberating.”

Wanting to grow stuck out in our conversation as an important goal for Landry and the band. Any musician who wants to be successful and part of the wider industry has to learn to play the game according to their own goals. For Landry, The Stanfields approach the business with the mentality that it is an extension of their own will.

“Especially on the East Coast,” he said. “Everybody drives a second-hand Toyota.  It’s not ‘the biz’, it’s people just trying to share music that they like. We’re all in this together. That’s really all this is, just a mob of people who like the same shit – you know, go out there and make some friends. Bringing people together is the most important thing, inside and outside the apparatus.

“Our first record (Vanguard) is all over the place,” said Landry. “It’s got country on it, pop rock, ballad’s – it’s just a survey course of stuff.”

For Death & Taxes, however, he said the band wanted something huge. They wanted a big sound and to focus on their rock and roll influences, so they recruited one of the biggest names in the industry.

Working with famed producer Mike Fraser (AC/DC, Metallica, Aerosmith), who Landry described as “one who paints for the gods,” certainly helped The Stanfields achieve the big, heavy sound they were looking for. Working with Fraser, he said, “was like levelling up in Dungeons & Dragons or something.”

The band could have taken their sound in any direction after Vanguard, so I was curious what it was that drew them to their rock ‘n’ roll influences. “I find rock music a very powerful way to express something,” he said. “Volume is a weapon. Some people can absolutely crush somebody’s soul with a quiet word; some people have to have a big, heavy, blunt instrument to get their point across. That’s kind of where we reign a little bit, the blunt instrument side of things.”

There are certainly some heavy messages on the new album. Blacktop Blues is a first-person take on a fateful life of hard labour. Listeners should look out for a popular melody that is intentionally quoted to reinforce the message of the song (it shouldn’t be given away). Other tracks, like Invisible Hands, point at the woes of industry.

Letting the listener draw their conclusions about the messages behind each song is important for Landry, but for him, Death & Taxes is an outcry, an expression of what it would be like to “go into a room and slam the door, draw the curtains, and scream my head for an hour and a half because of all the shit I watch in the news,” he said. “On a global level, or even a local level, it just torments me, drives me insane. That’s what I think the record is, if that makes any sense. It’s not supposed to be a party record, per se, but it is an aggressive record.”

Landry draws a clear divide, however, between the message of the songs, the recording, and the performing.

“When we get to a live show, all the pretentious shit from recording a record gets left at the door. It’s about energy, about engaging people, it’s about being engaged, and it’s about sharing a moment with people. Hopefully they take the CD home and not only go, ‘Gee, I had a good time,’ but also, ‘You know what? I can relate to this message.’ And that’s all we can hope for.”

The Stanfields perform at Whalen’s Gate in Corner Brook March 15, The Little Dory in Marystown March 16, and The Rock House in St. John’s on St. Patrick’s Day, March 17. For more information visit www.thestanfields.ca.

Burrowing in the Rock
There's plenty of reasons to love Newfoundland and Labrador. For Liam, it's because the province is an ichnological paradise... 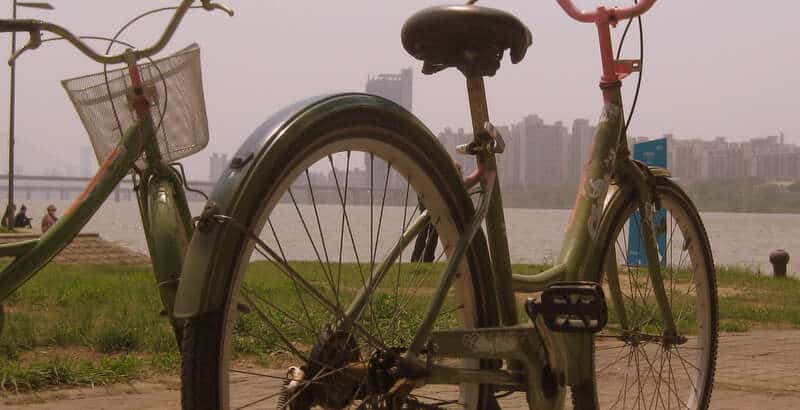