Fogo Island is slowly edging its way into the hearts and minds of an international audience as a bubbling pot of artistic rejuvenation and economic sustainability.

Fogo Island lands at number 22 in the New York Times’ The 41 Places to Go in 2011 and now, its latest accomplishment: the amalgamation of municipalities last month, to create the Town of Fogo Island council.

With a monetary boost from the provincial government in the amount of $5 million, debts of the 11 communities have disappeared, leaving the island free to grow.

With the development of the Fogo Island Arts Corporation, its production and residency programs and the construction of a new world-class inn, there is hope to bring in revenue and recognition to an island rich with culture and history — and an abundance of nature.

Within this, the expansion and reconstruction of the local arts, to create an ‘art enclave’, is top of mind. Abuzz with this creative energy, Fogo Island is venturing into a new era — one of incredible artistic and economic possibilities. One where tradition, culture and the new, coalesce in harmony.

When thinking of how artists develop and refine their artistic sensibilities, it’s important to acknowledge the need for isolation, beauty and space. Isolation and beauty fuel creativity, with space as the construct in which to model the final product.

Fogo Island, while small in population, is quite abundant in all three. With miles of rocky terrain and the ocean caressing its folds, the island boasts many nooks and crannies for discovery and rediscovery that only an artist or someone curious about life and nature could enjoy.

Art, by its very definition, means creativity. When confronted with the physical and cultural presence of Fogo Island, one is promptly led to inspire, mould and engage with creativity.

It challenges — and has for generations — people’s connection to the physical world. It re-energizes the possibilities of imagination. Art, by its very definition, means creativity. When confronted with the physical and cultural presence of Fogo Island, one is promptly led to inspire, mould and engage with creativity.

The residents of Fogo Island have been creating art for decades. As one of the few, active outport communities left in North America, Fogo Island — still to this day — has an authenticity of historical significance.

Drawing on the imagination of the local fishermen and their families to shape the island’s creative vortex, it asks the question: ‘Why haven’t more artists come here and how can this change?’

With the arrival of the Arts Corporation and the art studios, the appeal of Fogo Island’s near inaccessibility could transform the island into a Diaspora of artistic possibilities.

The Arts Corporation’s mission is to open Fogo Island to progressive ideas that will catapult it into the inventive art world, drawing artists from all over to convene in strategically located art spaces that have their foundations in the 11 communities.

These art studios revolve around what it means to be an outport community. Imagination requires invention and movement, as art is always evolving. By re-evaluating the arts through novelty and tradition, the Arts Corporation could turn its residency programs into art themselves. Artists would be able to create in a physical space of beauty and isolation inaccessible to most.

In such a unique space as Fogo Island, its an ideology that could synchronize art and reality, introducing renewed thinking that could spread through community involvement and its cyclical ability to inspire others to visit.
A perfect synergy of outport life and the arts.

Evolution of old and new

Many of the island’s residents may be wondering what changes this will bring and how it will affect them. How does the vision of the Arts Corporation impact them as Newfoundlanders or as Fogo Islanders? Without overwhelming or diminishing the importance of the island’s tradition, the Arts Corporation aims to celebrate its uniqueness through national and international awareness.

A community cannot sustain itself without engaging and sharing creative ventures.

Outport living and community life on this island is a disappearing form of artistic composition. A community cannot sustain itself without engaging and sharing creative ventures. An outport community revolves around survival, the harshest and most natural state of realism. Simply put, this is inspiring and should be revelled and revivified to remind people that creativity comes from the very idea of survival and is not to be taken for granted, but should be reinforced economically for all to enjoy.

Artists will always need space, especially one that is unfamiliar, without being threatening, open, without being overtly accessible and geographically stimulating. The interaction between the Arts Corporation and Fogo Island will be interesting to watch in its evolution. 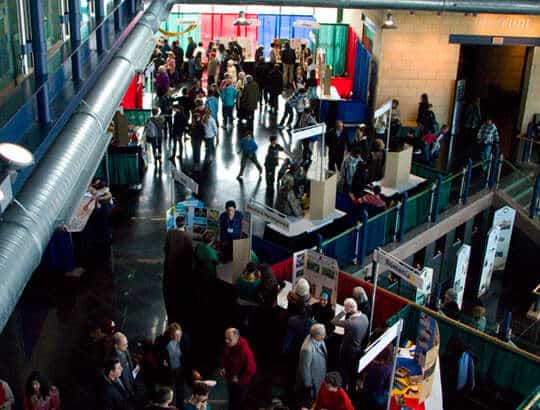 PHOTOS: Multiculturalism Week kicks off with a bang
Sights and sounds from The Rooms, with representatives from many countries - including the newest country in the world 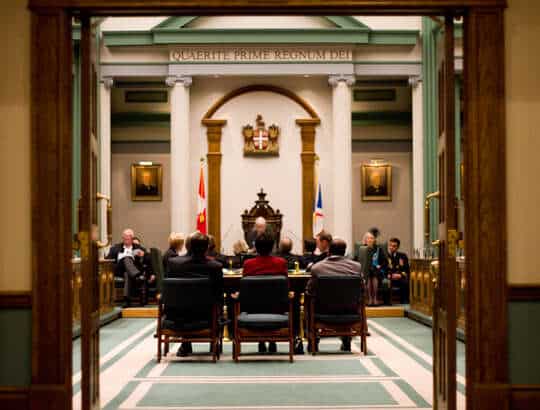 PHOTO: Speech from the throne
A peek at today's house of assembly opening