Atlantic Canada’s most unique literary and musical festival kicks off

Like a stormy spring squall crashing in upon Newfoundland shores to remind all and sundry of the primordial power that blows off the North Atlantic, the March Hare gusted into Toronto this past weekend. The annual tour brings a sampling of Newfoundland and Labrador’s finest culture producers – poets, writers, musicians and storytellers – to audiences in Eastern and Atlantic Canada. It’s somehow appropriate that the weekend it launched in Toronto, the city – whose smoggy air normally lies heavy, still and quiet – was struck by a windstorm of epic proportions. Water mains burst, subways were flooded and just a couple doors up the road from the Toronto venue a building had its entire front facade blown out by the uncharacteristically wild winds. While urbanites cowered in basements, a packed house braved the storm to check out the two days of performances during the Hare’s Toronto stop.

Unlike its literary namesake, the March Hare is no delusional, ephemeral fiction. By contrast, it’s a testimony to the very real, very appreciated skills of Newfoundland and Labrador’s cultural producers, and its growing permanence is testimony to the very serious work of a selfless and inspired team of organizers.

The March Hare is a cultural tour comprised of an ever-changing line-up of writers, poets and musicians – both those with long established provincial and national reputations, as well as younger, up-and-coming performers and writers. Hand-picked by the Hare’s organizing committee, the line-up shifts from show to show as the annual tour weaves its way across Eastern and Atlantic Canada. Organizers try to integrate local performers and writers at each site.

The Hare – which has been described as Atlantic Canada’s largest poetry festival – dates back to 1988, when the first event was organized in Corner Brook by Al Pittman and Rex Brown. As their website explains, “the original March Hare was modeled on the traditional Newfoundland soup supper and the community concert and designed to relieve the winter doldrums at the Blomidon Golf and Country Club in Corner Brook. Somehow, over the years, this vigorous but humble celebration has been transformed into an international literary festival that not only includes the work of local poets but also features some of the best writers from Canada and the world, and music from some of the finest professional musicians in Newfoundland and Labrador.” (Adrian Fowler’s extensive history of the Hare can be read here)

“The word’s really gotten out about the wonderful talent of our artists, and people come to see them first-hand…”

The size and scale of the event has fluctuated over the years – for its twentieth anniversary in 2007 the Hare even toured several cities in Ireland. This year, organizer Rex Brown (who’s been with the Festival since it started) announced with an emotional voice that Newfoundland artist Gerry Squires had created a statue of his friend and festival founder Al Pittman, which he’s donated to the City of Corner Brook. The Festival will be fundraising to cover the costs of bronzing, in advance of the statue’s unveiling – to be accompanied by celebratory events – in late June of this year.

The Brass Taps – an iconic Newfoundland pub located on Toronto’s College Street – has hosted the Toronto appearances of The Hare for the past six years.

“It was a natural fit,” explains owner David Michael, an energetic Newfoundlander whose ardent promotion of Newfoundland culture in Toronto contributed in no small way to the excited energy of the event. “I either know most of the artists, or I know their dads. We’re proud to showcase the wonderful creative culture of Newfoundland and Labrador.”

With a portrait of Danny Williams looking on from behind the bar, I ask Michael whether he’s got any sense of the make-up of the audience.

“It’s Newfoundlanders, and their friends,” he replies. “But it’s not just Newfoundlanders. The word’s really gotten out about the wonderful talent of our artists, and people come out to see them first-hand. We have such a wonderful, and such a rich, creative culture.”

The Hare in Toronto

On March 2 and 3, the March Hare tour launched with a double set of shows in Toronto, Ontario. I caught the Saturday afternoon matinee, and initially found myself regretting my choice. The hangover I could read in the faces of each performer who straggled into the bar attested to the epic and boisterous quality of the previous night’s performance. Still, this test of character also attested to the prime quality of artists selected for this year’s tour: they bravely and earnestly gave it their all for the second day of performances, whatever their state of mind. Craig Francis Power, who was reading from his debut novel Blood Relatives, greeted me as I doused my first coffee of the day. The friendly downhome smile belied the hectic look in his eyes: “How long are you in town?” I asked. His response reflected the frenzied pace of the tour: “We fly out in…[he looked at his watch]…a few hours.” It’s one thing to take a couple of bands on the road: the energy and organization required to take not just a half dozen musicians but also a half dozen writers and poets on tour is something I cannot even fathom. But when organizer Rex Brown got up to introduce the event, the insurmountable dedication of the organizing crew quickly became apparent: the passion for Newfoundland music, art, writing and culture linked organizers, performers and mainland audiences alike.

Andrew O’Brien was first to take the stage, regaling listeners with his finely crafted singer-songwriter skills, many songs evoking images of home for the largely ex-pat audience. Power was next to take the stage, reading excerpts from his recent novel (whose honest, no-holds-barred prose style Denis Ryan would later jokingly refer to as ‘Newfoundland porn’). Other readers throughout the afternoon included poets Stephanie McKenzie and Laura Lush (the latter based in Toronto) along with acclaimed Newfoundland storyteller Paul Dean, whose uncomplicated, down-to-earth storytelling charmed the crowd with an array of all-too-believable adventures that had the audience in stitches, all delivered with a charming twinkle in the eye which itself rendered more than one soul in the audience homesick. A particular highlight was Jessica Grant’s reading from her recent novel ‘Come, Thou Tortoise’. The supersaturation of the Newfoundland book market means I’ve avoided many of the dozens of offerings that have poured off the island’s presses in the past couple of years, Grant’s among them. But the clever and witty style of the protagonist’s reflections, interspersed with occasional insights whose piercing depth left them resonating in one’s head – and all delivered in a perfectly quirky style by Grant herself – underscored for me that this is, in fact, a novel (and novelist) to follow.

The musical highlights of the afternoon for me were Daniel Payne and Denis Ryan. Payne (who performed with Tom Power of CBC and Dardanelles fame) is an enormous red-bearded giant of a man who delivered a rapid-fire set of songs, jigs and reels adapted from traditional Newfoundland classics both well-known as well as lesser known pieces he’s collected in his own musical travels and researches across the province. From fiddle to flute, to songs delivered with no accoutrement beyond his own powerful voice (and the rapt cheers of the audience), Payne is an artist whose talents reassured everyone present that the future of Newfoundland and Labrador’s musical heritage is in safe and passionately dedicated young hands.

Complementing Payne’s youth was a titan of Newfoundland and Labrador’s Irish musical heritage, and one of those responsible for the renascent popularity of traditional Irish-Newfoundland music in the 1970s and beyond. Denis Ryan took the stage accompanied by Tony Quinn (a Halifax-based musician of Irish heritage), and delivered a set of rousing pieces that had the audience stomping, clapping and in a general state of uproar with his humorous stage banter. In true Newfoundland style, they broke off from the set order of the show to welcome Quinn’s daughter Shannon on stage: the talented musician (who’s currently studying in Toronto) stunned the audience with her powerful fiddle-work.

Finally, the denouement was provided by Ron Hynes, who delivered a few of his acclaimed songs in closing.

As the event wound down, the artists and writers dragged their suitcases out of storage to head to the airport, while the audience broke down into smaller groups lingering happily over memories and pints. I chatted with Brown and asked him when the organizers are going to take the Hare on tour across the rest of the country, west of Toronto.

“We’d never say no to the possibility,” he laughed. “It all depends on how much guts I have to knock on doors to ask for money.”

Perhaps, as the audiences come back bigger and grander each year, the funding for a full-scale national tour will one day materialize. Until then, The Hare remains a uniquely Atlantic springtime treasure.

The March Hare, which hit Halifax on March 4, will arrive at the St. John’s Masonic Temple on March 7 (with Pamela Morgan and Donna Morrissey, among others). Between March 8 – 13 the festival will feature shows and performances in Gander, Deer Lake, Rocky Harbour and Corner Brook. The full schedule and lineup can be found here. 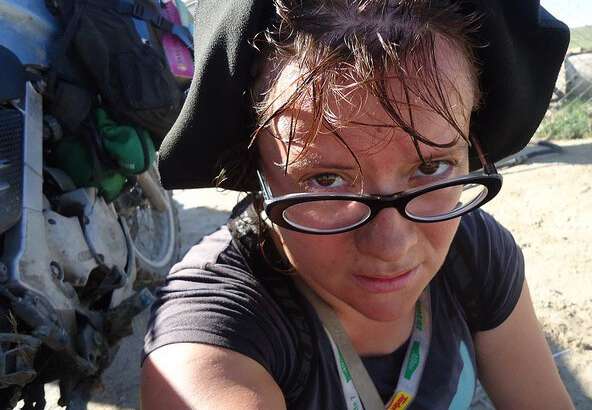 Needing a vacation from your vacation
When constant change becomes the new normal, sometimes it can be difficult to take 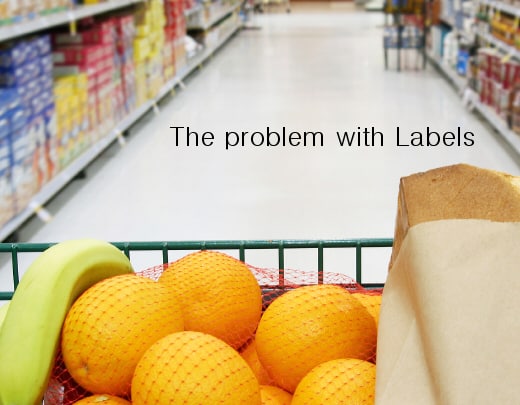 Labels
Sometimes it's better to mind your own business...