When the cliffs are encased in ice, a different kind of climbing adventure is born.

Leo van Ulden and a few friends — first-time ice climbers — got out to scale the Southside Hills in St. John’s recently.

“For me it’s a really good reason to be outside in the winter,” van Ulden says. “Obviously I enjoy climbing. And yeah, it’s a good workout.”

The roughly 50-foot climb is a relatively easy one compared to others on the island, he explains. In 2007, van Ulden co-authored the Newfoundland Climbing Guide, which highlights some of the province’s top locations for ice and rock climbing.

Van Ulden says a good season is about two months of safe ice. But this year, milder weather has meant less time to climb.

“We had quite a slow start. I guess anyone that cross-country skis, or skis or snowshoes basically went through the same thing.”

“You are still climbing but it would be like comparing rock climbing to climbing a tree.”

And while it’s not necessarily less safe than its summertime counterpart, ice climbing does come with new challenges.

“At some point it takes a bit of knowledge as far as getting used to the conditions and you can’t go out when it’s really warm out because the ice isn’t very stable,” he says, noting that he’s yet to slip up or fall down ice climbing.

In addition to attuning oneself to the colder climate, ice climbers have a larger financial investment to consider. Ice picks and crampons are essential.

“That’s a basic set up that you would need on top of your rock climbing gear, so it’s a little more gear-intensive,” van Ulden explains.

Whether or not Wallnuts might someday offer ice-training classes, in addition to their basic climbing courses and programs, is another story. 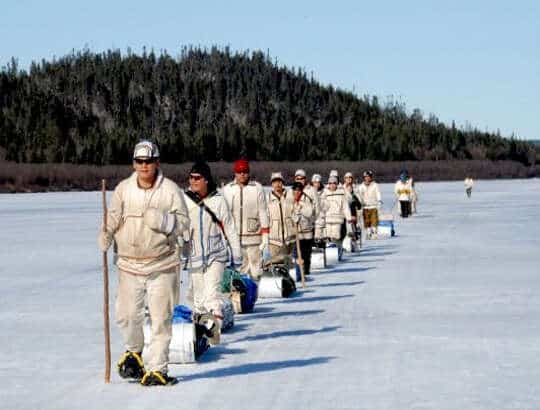