Artistic Fraud of Newfoundland was founded in 1995 by the production and creative team of their first project (In Your Dreams Freud) and have since proved themselves to be one of Newfoundland’s foremost theatre companies. They specialize in large scale chorus-based work where spectacle meets story. The company is operated by founding members Jillian Keiley (Artistic Director) and Robert Chafe (Artistic Associate and Playwright).

“A lot of our audiences, even our strongest patrons, don’t understand how much it costs to put a production together.” —Jillian Keiley

I spoke with Keiley and Chafe this past February in their Bonaventure office, a space which came at the behest of the Artistic Fraud board of directors. Board members were attending a company party at Artistic Director Jillian Keiley’s home post show-opening when they discovered the company had been working from her laundry room for approximately three years.

“You had to literally move grant applications to do the laundry” says Chafe.

It was agreed that the arrangement was insufficient and Artistic Fraud started looking for new digs. They’ve been at their Bonaventure haunt since May of 2009 and Keiley says she would these days rather do without pay than her office.

The company are currently  touring two shows, Emile’s Dream and Oil and Water — though they haven’t said goodnight to either the touring lives of Fear of Flight or Afterimage just yet. A challenge for the company in selling their productions is that with the exception of Emile’s Dream, the productions are really large.

“So we are restricted in what kinds of companies or festivals in Canada that can take us, financially. We are making a concerted effort in the next few years to get more international dates so we can open up some doors to our work in larger festivals,” says Keiley.

Artistic Fraud’s creation process usually takes anywhere from three years to five years. In the case of Oil and Water it was longer than that. And Emile’s Dream had a different kind of gestation altogether.

“Emile’s Dream was Jerry Doyle’s idea,” says Keiley. “Jerry was working as the Artistic Director of the Stephenville Festival and commissioned Robert to write the piece and asked me to direct it. This current version took some time as we did a couple of versions of the show for Stephenville and a co-production before we landed on this one.

“With Oil and Water it took a really long time, we really hashed that one out over a serious period of dramaturgy. We also had to pull together enough funds to put that one together. We knew to do that one justice we would have to invest a lot into it financially and time wise. I think it paid off.”

Keiley also asserts that there are a million challenges for not-for-profit arts organization in Canada.

“There are a lot of perceptions that aren’t quite on – a lot of our audiences, even our strongest patrons, don’t understand how much it costs to put a production together. A lot of people believe that Artistic Fraud made a ton of money on Oil and Water because it sold so well at the box office. Unfortunately, the production cost three times the amount we made on box office. We could have made money on it I guess, if we charged 100$ a ticket and still sold as well as we did;” says Keiley

“We didn’t get any funding when we started; nobody got paid for anything for years and years.” —Jillian Keiley

“Audiences here are not used to paying that kind of premium for a theatre ticket and it would make the work inaccessible to a lot of people. However, perceptions have changed over the past few years about the value of the performing arts, the value to a community and to peoples own well being, and we are lucky to be on the first wave of that,” she adds.

With all that in mind, Keiley encourages young theatre companies to not give up prematurely.

“Keep doing it til it sticks. We didn’t get any funding when we started; nobody got paid for anything for years and years, but we were persistent and stayed with it ’til we could manage to go professional. Also, the best education is to see as much as you can- even if you are only focused on musicals, seeing a well produced Shakespeare can help you figure out how to approach a scene or character. Same is true the other way around.”

Artistic Fraud of Newfoundland’s production of Chafe’s Emile’s Dream will be remounted for a very limited run at the LSPU Hall in St. John’s from March 3rd to the 8th before heading to Halifax. For ticket information call the LSPU Box Office @ 753 4531 or purchase online.

For further information concerning other Artistic Fraud of Newfoundland productions email [email protected] or visit their website at artisticfraud.com. 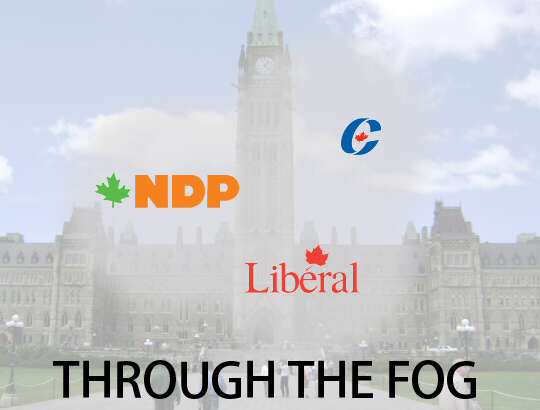 No big ideas? I don’t think so.
An Indy guide to political party plans 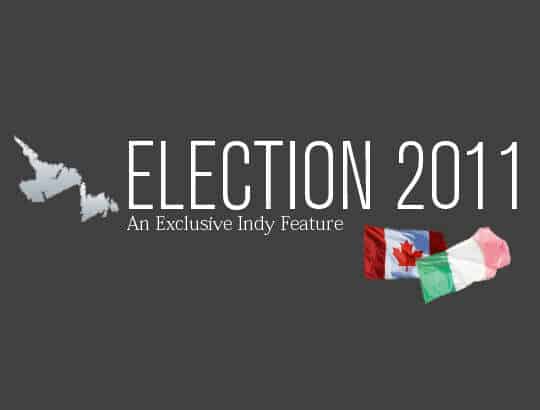