If you don’t know Jack

Toronto musician Jack Marks is one of the best Canadian songwriters you’ve never heard of, and he’s making landfall Nov. 15 for his “To It and At It” Newfoundland tour.

Few contemporary songwriters and balladeers have mastered the art of storytelling through song like Jack Marks. The 32-year-old musician only has two albums under his belt – with a third on the way – and is still relatively unknown to Canadian listeners. But he’s racked up a fair bit of fanfare within music community, particularly on his Toronto stomping grounds, and is now bringing his songs to Newfoundland.

After stints at Trent University in Peterborough, St. Mary’s in Halifax and Lakehead in Orillia, where he completed an education degree, Marks returned to Toronto a few years back, assembled a band and entered the studio to make something of the songs he’d been writing in his spare time.

In 2009 he released his debut album “Two of Everything”, a collection of roots-rock songs that draw heavily from the country (“Good as I’ve Been to You”) and blues (“So Hard”) traditions. The record also likely perked the ears of unsuspecting listeners who might have wondered if a shelved Bob Dylan or John Prine album had been dusted off and released.

“I always thought I would do music as a side gig at least, but putting the album out and the response I got from it sort of inspired me to take it a bit more seriously,” Marks recalls, speaking to The Independent on the eve of his first ever visit to Newfoundland, which will include a series of performances in St. John’s from Nov. 15-24.

“In a way they were really just a batch of folk songs,” he continues, talking about the evolution of his early numbers, which include clever and catchy ballads like “Exley’s Blues,” “Before the Flood” and “Greasy Maggie”.

It was during the recording process that Marks’ band took shape too, he says. “In a way the band sort of formed around me when I recorded the album, and the instrumentation took form from that,” he explains. “But I’ve always had an interest in writing music that I thought … would last beyond whatever current fad is going on in music, I guess you might say. Like, writing within that idiom of old style folk-blues, you know, traditional and stuff. And I like writing in third person too, stuff that’s not always personal (but) inventive.”

Before recording and performing Marks’ first pleasure is bringing the songs to life with a pen. “I like having other people record my songs, and in that way I feel like more of a songwriter,” he says, “whereas if a song comes to me that feels like it should be written, regardless of whether (or not) I might be the best person to perform it — I like the idea of writing songs that are not even for me.

“The best songs I think usually end up writing themselves,” he continues. “You get started on them and then everything just kind of falls into place and makes sense.

“I (wrote) a lot of short stories in school, and for a time I thought more about prose writing as something to do for a career. But there’s so much instant gratification from writing a sort of three and a half minute small dark movie and getting it out there right away.”

Marks followed up with “Lost Wages” in 2010, a title his band also shares. “That’s kind of the joke of my band name, Lost Wages. It’s just sort of like whoever I’m playing with at the time represents a cut out of my pay,” he laughs. “I have a steady group of rotational guys I guess you could say … sort of out of necessity.”

Like its predecessor, “Lost Wages” was produced by David Baxter (Justin Rutledge, The Undesireables) in Toronto, but the album boasts a more polished sound and an expression of the dexterity Marks showcased  so well on “Two of Everything”. The one-two punch of compelling, clever lyrics and seamless instrumentation (guitar, mandolin, banjo, bass, piano, pedal steel, drums and more) put the album and Jack in that ‘one-of-the-best-Canadian-album-and-songwriters you’ve probably never heard of’ categories on your ‘to hear/see list’ — you know, the one you’re making right now and plan to do something about.

Fortunately, you can knock one of of those musicians off your list this week and next as Jack moves from bar to bar in St. John’s in an attempt to pack in as much playing as possible. For a full schedule of his shows, visit his web site here. 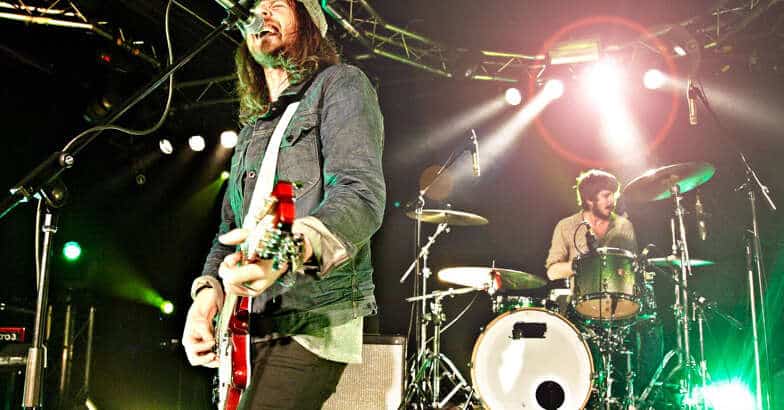