A painter, not a starving artist.

All through her time doing a fine arts degree at Grenfell University (now Grenfell Campus of MUN) Keli-Ann Pye-Beshara heard about how hard it was to be an artist.

“All I ever heard was ‘starving artist, starving artist,'” she says. “And I thought, hmm, that sucks. I’d like to actually make money, so I thought as soon as I got out I had to get a real job.”

Which is exactly how Pye-Beshara ended up working as an interior designer, for a high end fabric company (“I love fabric, patterns, texture, stuff I can touch and feel”), and in the publishing industry — anything but painting. Pye-Beshara was not going to be that starving artist.

“I think I’d said it for so long that I convinced myself that I was never going to do it,” she says.

Pye Beshara was living with her husband Brent Beshara in Borden, Ont. when the publishing company she was working for folded. Beshara had been pushing her to make art full time for years, and this, it seemed, was the push she needed.

Sitting at a little french cafe, Pye-Beshara made the mistake of remarking that the window would be a perfect place to paint. “And he goes, well why don’tcha?” She says. “And I almost threw up in my coffee.”

The owners were amenable, and Pye-Beshara started painting in public the following Monday.

Almost two years at the cafe and then another few in a studio across the street, Pye-Beshara says she talked to thousands of people while she painted — a skill she never even considered acquiring. But when her husband retired and they moved to Holyrood in 2010, the seclusion came as a welcome break.

Best of both worlds

And it’s still quiet, but Pye-Beshara is far from isolated. Since coming back Pye-Beshara has joined and gotten active on Facebook. She likes to post pictures of her work in progress, and people in turn like to comment on those pictures. At this point almost all of her sales come from the social network.

“So now I actually still paint in public,” she says ” but I paint on Facebook. I’ve got the best of both worlds.”

Recently, Pye-Beshara has been taking a break from canvas (“I never really loved canvas….[and] I was tired of squares and rectangles”). After a dalliance with paper, she’s been working on large scale plywood cut-outs (stay tuned for these new pieces Thursdays this month) — a perfect medium for her squirrely sense of geometry.  They look a bit like very detailed pieces of dramatic set, and Pye-Beshara is thrilled. She’ll still do houses on commission, sure, but it’s with the cut-outs that Pye-Beshara sees a solidification of her artistic vision.

“When I started [painting] I didn’t know what I was doing or why I was doing it, “she says.

“But I feel like the cut-outs are leading me to something. And I can feel the reaction of people building with it. And it’s really really exciting. I haven’t been this excited about my art, maybe ever. No, never.”

And even though she works almost exclusively from photos (“To work en plein air is too….unstable for me”), the cut-outs are bringing Pye-Beshara out of her studio.

At the end of this month, from July 28 to August 5, Pye-Beshara will be working on a large scale cut-out of downtown St. John’s at the Delta hotel. (12-4 pm daily). In the meantime, we’ll be posting a new cut-out every Thursday this month, so please check back. Apart from that, Keli-Ann Pye-Beshara has a website, and, of course, is on Facebook.

Province to test highway fences to keep out moose 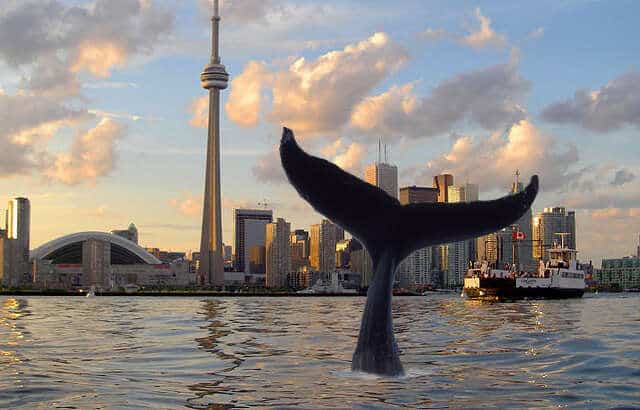