May Day, May Day

This Saturday and Sunday is May Day Weekend in downtown St. John’s.

Its origins can be traced back to Alexis Templeton’s Spring Open House, which she started six years ago. “I’m looking forward to the weekend,” Templeton says, “and I’m really excited to have 8 different venues this year. Two of them are fairly substantial Craft Markets with 20-plus exhibitors each.”

Templeton’s focus is pottery. She opened her first studio in 1990 and has been producing functional work ever since, now working out of the Alexis Templeton studio at the base of Signal Hill.

After three successful years with her open house, Templeton decided it’d be beneficial to work in cahoots with fellow artists Rosalind Ford and Jason Holley of the Crafty Privateers (who organize the popular Fresh Fish aspect of the craft fair).

And so it was agreed that both events should take place on the same weekend to capitalize on promotional opportunities. The weekend selected was the first of May, and hence the donning of the “May Day Weekend” name.

“My only regret is that I’ll be in my own studio all weekend, hosting my open house,” says Templeton, “and I won’t be able to get out around to things. As a Craft enthusiast (and a proponent of buying local) I would love to to spend my weekend partaking — and there is enough to fill the two days!”

Since the festival began, momentum has continued to build; this year the Craft Council of Newfoundland and Labrador became involved and has taken the lead role in the weekend’s organization.

Taking place on Saturday, April 30th and Sunday May 1, the festival will feature crafts ranging from hand wrought pewter, to gourmet chocolate, to t-shirt printing. 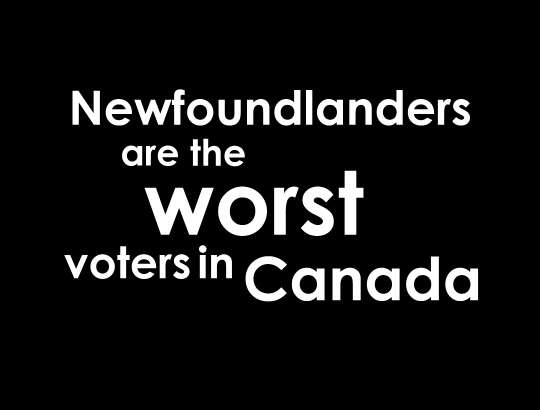 VIDEO: Our low turnout
Through video, TheIndependent.ca analyzes whether Newfoundland and Labrador's abysmal voter turnout in 2008 was a one-time event, or if it was part of a larger…

A Royal wedding in London