TheIndependent.ca catches up with one of St. John’s most energetic loud-rock bands as they tour the mainland with their debut album…

The Newfoundlander seeking to take in a show of Newfoundland bands in Toronto faces one immediate, burning question.

What time to show up?

You see, as those of us who dance to music in St. John’s know quite well, rare is the band that goes on before midnight. We are night-owls in the City of Legends, for better or for worse, and downtown music shows tend to be a late-night phenomenon.

In Toronto the situation tends to be quite the opposite. Torontonians do not, typically, stay out that late, and a band tends to go on at precisely the time they are advertised to go on. It’s a peculiar phenomenon, as any Newfoundlander can attest. A case in point was the first time I tried to see Mark Bragg in Toronto. Myself and several other dance-worthy Newfoundlanders had a delightful pre-party, then hopped in our cabs to make sure we got down to see Mark Bragg before midnight. And see him we did.

Just as he was saying goodbye to his audience, and hopping himself and his gear into a cab to go home.

And it wasn’t even midnight.

…a sublime example of the talent Newfoundland and Labrador brings to the rest of Canada.

On Saturday night, I erred on the mainland side of caution, and showed up at Kensington Market at 10:30pm, to see the Toronto leg of Monsterbator’s first mainland Canada tour.

Monsterbator has been receiving a lot of press lately. The 5-person outfit – Andrew Waterman (vocals), Brad Morgan (bass), Christian Gagnon (guitar), Devon Milley (drums) and Stefan Warbanski (keys) – released their first full-length album – Precious Rhino – in early August, and now they’re touring eastern and central Canada. Already quite familiar with the avant-garde rock stylings of St. John’s most eclectic and energetic experimental loud rock band, the burning question in my mind was not so much how would they be able to handle the mainland, as how would the mainland be able to handle them?

Saturday night’s show was a sublime example of the talent Newfoundland and Labrador brings to the rest of Canada. The show begins with a set by Jennifer Hickey, a transplanted Newfoundlander whose alluring songs have been attracting a rapt audience to various downtown Toronto clubs throughout the past year. Her style is a stark contrast to the headlining band, but when Newfoundland bands tour, it’s solidarity, not style, and even the loud-rock superstars of the night’s roster sit entranced as Jen’s mesmerizing lyrics and talented guitar work resound throughout the bar. Her heavenly vocals outshine even the out-of-place disco ball glittering above the stage.

Between sets, I ask her what compelled her to come here.

“Boredom,” she laughs in reply. “I wanted to see something different.”

Well, see it she has, though it’s not just her own boredom that’s been satiated. The enraptured looks of mainlanders tell me all that I need to know: the angelic voice of a talented singer-songwriter can burn through even the hardest urban attitudes. As we stand outside smoking, the appreciation of her fans is apparent, and I leave her to their compliments.

Next up is a newly formed band – the D-Puds – two energetic young fellows from Labrador whose noisy rhythms bring a swaying crowd to the front lines of the bar. After them comes electronic punk outfit Juicer – another transplanted Newfoundland band, whose lead singer relocated to Toronto earlier this summer. As the rest of Kensington Market quiets down, this venue just gets louder and noisier. But the loudest is yet to come.

Between sets, I sit down to chat with Andrew Waterman, Monsterbator’s lead vocalist. He recognizes me, tenuously.

“We met at, er, the fry van lineup across from CBTG’s,” I explain, somewhat sheepishly.

He points and laughs, recognizing me from that debaucherous night.

We chat briefly about the tour, and he describes what it’s like to encounter Toronto for the first time. I’d forgotten the wonder it can inspire, especially on a summer’s night like tonight, when the cicadas burn the warm midnight air and the CN Tower is lit orange in honour of Jack Layton’s funeral.

“Quite the place,” I say, struggling to be heard over a sound check.

We both pause, as a giant bursts through the door, glares at us intensely, and starts moving toward us. The band has started tuning up, and the guitars and amps are in full force as this behemoth of a man – a full foot taller than either of us – marches toward us, flexing his muscles and pumping his fists in our general direction. We glance at each other for an instant, disquieted. And then he’s upon us.

“I’m security,” he pronounces, pumping one muscular fist into his chest. “And this is a real rock’n’roll show. I’m proud to be here for you. I haven’t seen a show like this in years. It’s gonna be real whiskey and rock’n’roll tonight!”

We nod, nervously. And then he pumps the air again, and returns to the door. The guitars streak feedback. Somebody cheers.

Monsterbator is pure, unadulterated island energy…charged with a raw, high-energy ferocity that transcends the boundaries of genre…

This is Monsterbator: Newfoundland’s latest offering to the Canadian music scene. It’s their first Canadian tour, but the energy they bring to a desultory end-of-summer Ontario cannot be quantified. It’s palpable in the packed bar, the nervous energy, the frenzied swaying for position on the narrow dance floor. Mainland bars aren’t built for a Newfoundland band like this, and appreciative though they are of the talent we bring to their dancefloors, you can tell they’re slightly awed by the sheer energy of the performance and the loyalty and passion of the crowds they bring forth. And Monsterbator brings them forth, in style.

Monsterbator is pure, unadulterated island energy, and offers no quarter to those who can’t handle it. Andrew, a natural storyteller, relates the story of how the band got an impromptu invitation to come on-stage at a club they were visiting in Montreal. They hadn’t even got through two songs before the management, in a panic, asked them to leave.

“We were a bit…loud, for what they expected,” Andrew recalls, chuckling. “We just laughed at them…We weren’t even supposed to be playing, but they asked us to, and then cut us off.”

The incident is sure to become legendary, because that loud energy is precisely what the crowds come out for. Waterman’s unique vocal stylings – charged with a raw, high-energy ferocity that transcends the boundaries of genre – combines well with the creative instrumental skill of the other four musicians, and this is what helps ensure such a large percentage of the Newfoundlanders I’ve met in this city are here tonight. When asked what the crowd can expect, Devon doesn’t hesitate.

“Loud as fuck,” he states matter-of-factly, with a jolly smile. Brad, the bass player, picks up the cue. “A lot of intensity, a lot of chaos. We have a very serious way of taking a light-hearted approach to things.”

For Monsterbator, this summer has been something of a trial run. Strong album sales from their first CD helped fund the tour, and their plan upon return is to do it all again.

“We’ll be recording again, and then touring again,” Devon explains. “We want to keep that cycle going.”

“It’s been going great,” the band members relate, describing the shows they’ve already played on this tour. “There’ve been a lot of Newfoundlanders at the shows, but now even mainland audiences are starting to get into us.”

That fact is apparent, even before the band takes the stage.

Outdoors, the crowd spills over, filling up Baldwin Street in Kensington Market, as though it were the deck outside CBTG’s back home. I ask Monsterbator what they think of the event they’ve wrought, here on a Saturday night in the bowels of Toronto.

They look at each other and shrug, modestly.

And then they take to the stage.

Monsterbator will be playing at Toronto’s Rancho Relaxo on August 29 (with Juicer). They’ll be in Peterborough on September 2 at The Garnet (with Biipiigwan and G.O.D.) and in Montreal on September 3 at Barfly (with People on Pause). For more info, check out their website at www.purevolume.com/monsterbator 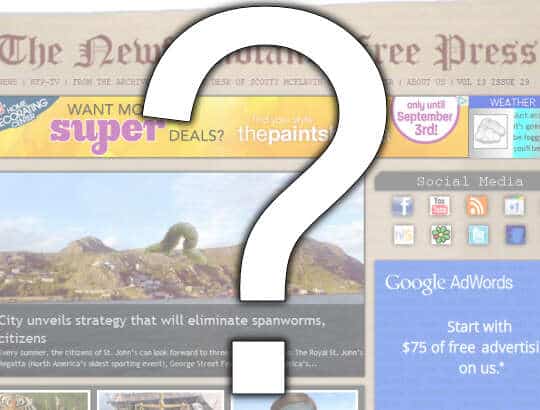 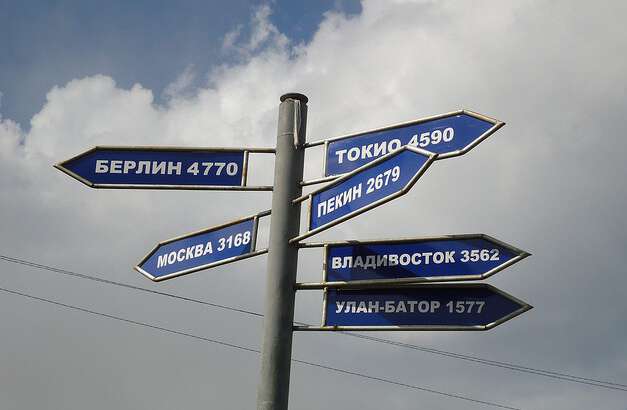 Friendly kidnapping: a Russian pastime
In Russia, saunas can be a painful affair