Bill Rose defects from the gallery system, embraces ‘Artocracy’, and celebrates his 60th by giving the integrity of local art a shot in the arm.

A sports shop isn’t the first place you’d expect to see one of Newfoundland’s celebrated senior artists hanging out. But Bill Rose isn’t like most senior Newfoundland artists.

It’s Thursday afternoon and he and his buddy Peter Coombs are standing outside Maverick Sports & Collectibles on Water Street, sizing up the massive painting of legendary Toronto Maple Leafs goaltender Johnny Bower they just hung in the shop’s window. It’s the first “mini pop-up” show Rose has undertaken since defecting from the gallery system and declaring his independence in the name of ‘Artocracy’ last March.

“I want to sell, but on my terms,” Rose told me in an interview for an article published in The Telegram days after he announced he was ending his relationship with the Christina Parker Gallery in St. John’s after an eight month sales drought. “And in that way the dealer and the artist will always clash, because they have slightly different aims, even though both want to sell. One is interested more in the sale than the art, and the other is more interested in the art than the sale.”

Realizing the dependency inherent in the gallery system, the 59-year-old visual artist best known for his often political pop art—in particular his photorealist rubber-stamped grid pieces—opted to extend the creativity he’s cultivated over the past four decades into art’s business side.

Coombs, a longtime friend and collector of Rose’s work, jumped on board to help manage Rose’s affairs. And now, as the pair stand in front of Maverick, their smiling faces reflected beyond the Johnny Bower painting in the window, they’re thinking ahead to the weekend and beyond.

“Wanna go for a beer instead? It’s after one o’clock,” Rose laughs. We were supposed to chat over a coffee, but instead we start making our way to Nautical Nellie’s, the place these two friends have been meeting for drinks and conversation every Saturday evening for years.

Saturday is Rose’s 60th birthday, and to celebrate he and Coombs are putting off what they’re calling “St. John’s first pop-up art exhibition”.

We manage to snag a table in the window, the place they tell me many of their ideas were born. “Bill and I would talk about these things that were just ideas,” Coombs explains, alluding to hanging Rose’s work in storefront windows, hosting pop-up shows outside of galleries, and other possibilities. “So we started to realize, hey, maybe we can do this. Maybe we can take this responsibility on ourselves and, instead of talking about ideas that could be possible, let’s make them possible,” says Coombs. “And that’s where it started really, saying, how can we do it?”

“We don’t have to ask anyone for permission, right?” Rose adds. “And we don’t have to make allowances for anyone else. We’re independent. I store the work at my house, we meet, we work online, and people are calling us, who want to know prices and stuff.”

Off the gallery walls and online

In April Coombs created a Facebook profile under the name ‘Artocrat Artocracy’ and began posting images of Rose’s paintings online for people to see and discuss. Several have even had conversations with Rose, something that wasn’t possible at galleries outside of exhibition openings. And within two weeks he had made his first sale in almost nine months.

“It’s been amazing to see the reaction of people to certain pieces, on Facebook and on the street,” says Coombs. “The whole idea was to bring (Rose’s art) to a different audience than would drop into an art gallery. We know there’s so many people who want to own art, make it a part of their lives and have it in their own homes, but are very busy and don’t get to galleries and openings.”

The economics of art and galleries is another reason Rose was drawn to the idea of ‘Artocracy’, which loosely refers to the democratization of the production and sale of art by innovative way of showing and selling outside the gallery system. In Canada commercial galleries customarily mark up an artist’s work 100 per cent and claim 50 per cent of the sale. They also determine which art to show and sell, and which to reject. Since their existence depends on earning profits, they also tend to reinforce existing trends in art because it’s what is most likely to sell.

“If you study the history of art — Rembrandt, Van Gogh and others,” says Rose, “all of their work was about what was happening at the time, even though it’s not looked at that way by most people now.” Rose says if his first priority were sales he would be painting Newfoundland landscapes and outport clotheslines. While he acknowledges the beauty and importance of such work, he says it’s just not his cup of tea. Instead, he chooses to embrace art’s unique ability to convey new ideas in a way other forms of communication can’t.

A duty to truth

“(Artists are) like journalists, in a way — well, I feel that I am,” he says. “You know, the idea of comforting the afflicted and afflicting the comfortable. We’re all human beings, we’re all political. Everyone has an opinion about the government, and I think that I have a duty to talk about that in my work.

“(Artists are) like journalists, in a way… You know, the idea of comforting the afflicted and afflicting the comfortable. – Bill Rose

“My work takes a while to sell, but it does sell eventually,” he continues. “But I like that better than the idea of collectors coming in and saying, ‘I’ll have that one, that one, that one and that one — put ‘em on my credit card.’ I’d rather someone comes in and tries to deal with it. And I have had a few instances where people have contacted dealers a year later after seeing a piece and asking if it’s still available because they can’t get it out of their head. That’s more meaningful to me because there’s a connection there.

“I’m considered a senior artist here now,” he says. “But, you know, as I said to someone this morning, I’m not the darling of the afternoon tea set. Even though I’m fairly well known, I’ve always felt that an artist should reflect his times. And it’s not about making pretty pictures for the living room, though I want my paintings to have a visual impact and want them to be beautiful, even though beauty is suspect in the art world these days.”

“I was following Bill’s work long before I knew him,” he says. “It was always funny, edgy, political, and the images always stood out — they’re incredible pictures and paintings and drawings. But it stood the test of time. He was one of the few, if not the only one, in the time I began following art, who was doing politically-edged work. And I think over time many young artists, whether or not they know Bill’s work — it’s kind of assimilated into their culture that you can do this kind of work and make a living at it, or be successful and be respected for that kind of work. You don’t just have to do the traditional Newfoundland landscapes, seascapes and these things — you can do what you want to do.”

The irony of honesty

So, what makes Rose’s art unique or worthy of our attention? For one, he is walking a fine line. In order to present us with potentially transformative ideas, he is risking alienating the people who buy his work. But perhaps therein lies the affirmative quality of his artistry.

“They’re not going out on Saturday afternoons to look for a landscape to match the chesterfield. – Bill Rose

“The piece we’re using on the (pop-up show) invitation and on the poster is ‘Luxury Item’, and that comes from a quote I saw, that the artist’s job is to make luxury items for the rich,” he says. “I don’t really believe that but I do to a degree — it’s a nice little tongue-in-cheek comment. I’ve got a list of people who have my work and it seems to be a lot of them are middle income. They’re probably people who are prepared to come to terms with the work, you know? They’re not going out on Saturday afternoons to look for a landscape to match the chesterfield.

“A lot of the times (my work) is probably criticizing the people who are actually buying it…and I don’t know if people will get that,” he continues.

“I like the (analogy), as somebody said, of shooting spitballs from the back of the classroom. I still see myself as that high school student, sort of mumbling (at) the nuns and the brothers,” he laughs. “But it’s a fine line that you try to walk. You do want the work to sell and eventually end up in a public gallery, but you don’t want to think about that when you’re making your work.

Fortunately for him, if this new independent approach works out Rose won’t have to concern himself with whether or not someone else is able to generate interest in his work.

“To be able to have a show whenever you feel like it and to do what we just did with the Johnny Bower piece down in the window of Maverick — I’ve never seen a gallery do that before,” he says.

“We came up with the idea for this (pop-up) show and we’re taking it from there. It’s sort of like a do-it-yourself kind of thing, and I’m sure we’ll make some mistakes…but there’s a lot more freedom.”

Saturday’s pop-up art exhibition, ‘Can Never Leave Well Enough Alone’, runs from 2-5 p.m. at the Courtyard by Marriott on Duckworth St. and coincides with the launch of Rose’s new ‘Artocracy’ web site: www.artocracy.ca.

Towards the pebbled shore
When did you stop being immortal? 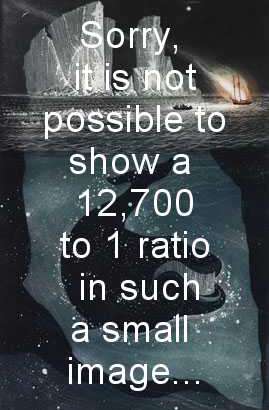 Art knows no borders
Why are there limitations on whose art can be procured?