A couple of summers ago, I stopped into Wesley Harris’ house for a visit. He was sitting down working away on the base of a silver bowl. With a small, sharp tool he scraped away tiny shavings, making sure the bowl was perfectly level. This is only one step in the formation of this art work. I’ve seen what he started out with — a big block of pure silver.

Wesley is producing an art form called holloware. Essentially, these are containers, such as a vase or a bowl, that are made from fine metal.

Pieces can be smithed from metal; hammers and anvil-like tools shape the metal into forms. From there, several of these forms are precisely fitted and soldered to fabricate sculptural art pieces.

“I love to gradually build up a piece. And I love the repeated process of smithing where each stage is a little closer approximation toward a goal. So, to some extent I am motivated by technical challenges.” –Wesley Harris

These works can take months to make. A water pitcher he crafted took eight months to complete, as Wesley built up the form bit by bit, soldering on a few wires each day. He says that he is attracted to the cumulative process.

“I love to gradually build up a piece. And I love the repeated process of smithing where each stage is a little closer approximation toward a goal. So, to some extent I am motivated by technical challenges.”

For a piece called the ‘Blue Wave Bowl’ (pictured), he started with that block of silver and he hammered it over different metal forms. Slowly but surely changing its shape, the silver went from a solid rectangle to an oval sheet, then rising into the bowl shape. Once the smithing stage was completed, he took on the challenge of setting blue abalone shell all along the rim. The effect is of a blue glow emanating from within the material of the bowl itself.

Though a technical aspiration of holloware is to be functional, it’s unlikely you’ll be putting one of Wesley’s silver pitchers in the fridge to hold your orange juice.

“I would like the viewer to approach my pieces as works of art. I strive to create pieces that appear as if meant to be. Although they may have been technically difficult to make, I want the finished products to feel effortless. I love to fuse form and function so that the human overtones and the purpose of a piece read clearly. To me, that is like a recipe for beauty. And when something is beautiful, I think it is the most enriching.”

Though he has long had success with his jewellery pieces, Wesley has always wanted to present a show of large-scale works. Now, after nearly two decades of being a stay-at-home parent for his two daughters, the time is right.

‘Rare Reflections: The Art of Wesley Harris’ opened on Saturday at the Newfoundland and Labrador Craft Council gallery in St. John’s and continues until April 24. The work will also be presented in conjunction with fibre artist Hilary Rice at the Sir Wilfred Grenfell College Art Gallery in Corner Brook from June 23-Sept. 10. 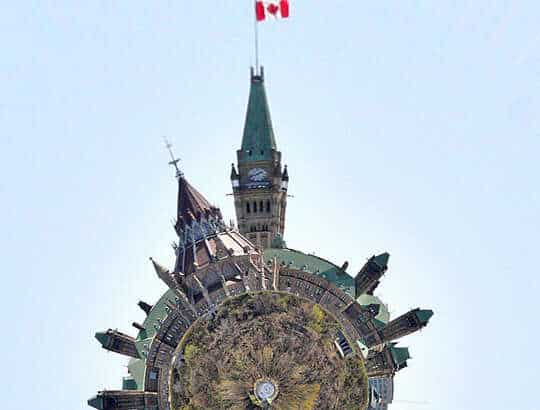 What’s that about a budget?
Making sense of an axed Federal budget and looming election